There's been a fair bit focus on Ballarat recently, with the launch of the city's Beer Trail (which led us to create a Crafty Crawl guide to the city) and the subsequent announcements of a $100m brewery project by Broo and a State Government backed Craft Beer Centre of Excellence.

Here, we take a more grass roots look at the city's beer scene in the company of one of the city's barmen. Zach Hill (pictured above), who you'll find more often than not behind the bar at Hop Temple, tells us what beers people are hunting down and where he sees the city's tastes heading.

Right now, the lovely Ballarat sun is on the brink of long hibernation, so the decrease in temperature has pushed a lot of staff to more malt driven beers around the ESB and brown ale range; 4 Pines ESB and Big Shed Frankenbrown are the two. However, our ever consistent Jetty Road Pale still gets a good look in.

Is this reflected in the tastes of your customers?

Yeah, the customers are really moving around at the moment. Sours come in hard and the weather slowed them down. Whilst a lot of consumers are still chasing IPA and pale, the swing to dark beer and stout is huge; in the space of two weeks, it's being asked for like never before.

Definitely. The Style Wheel is spinning. From Berliner Wiesse through to imperial stouts and everything in between. We have seen the rise of sours, the fall of lager. Then lager rose again.

The biggest surprise is the number of people looking for the Trappist stuff. Multiple customers in a day having that conversation. My venue has 16 taps, The Mallow has 13 and Munsters Arms has seven. Between us, we have never needed to cross over with the same taps on. That is pretty awesome if you ask me.

Honestly, I think it's basically passion. I am yet to meet someone in craft that doesn't have a real passion for it. Everyone who has passion cares about what the consumer wants and helps impart some knowledge on them so they can learn a little and also become more interested.

Craft beer is approachable for all sexes and is really a journey of tastes.

Don't worry, we still love having everyone else around, but it's great to showcase the city.

What do you think will be the next big thing in beer?

Well, as we follow America but so rapidly jump forward, it is hard to say. I would think for these cold months ESB, then [when] summer hits, I would think fruit beer – I would love that.

But also, with the amount of talent coming out of the breweries, it could be anything: How many I's can you add onto IPA?

If you had three beers with which to turn a big brand lager drinker on to craft beer on their first visit to your bar, what would they be?

I would say our most accepted is definitely Little Creatures Furphy. I have put it in the hands of the die hard drinkers of the Red Horse, Green Demons and Melbourne's Best offering and consistently you see the little smile to say: "Damn, you got me."

They usually meet you with the line: "Yeah, that will do." But inside their heart is racing.

Second would be Stone & Wood Pacific Ale. I think being so popular it helps people accept it.

Last, I usually like to try people out with a Two Birds Taco. It shocks them, makes them think and often they say yes because they are curious about the beer. Above all else, all three are awesome, and they really help me get people on side to try a few things.

You can find Zach and Hop Temple here.

And you'll find other Behind Bars interviews here. 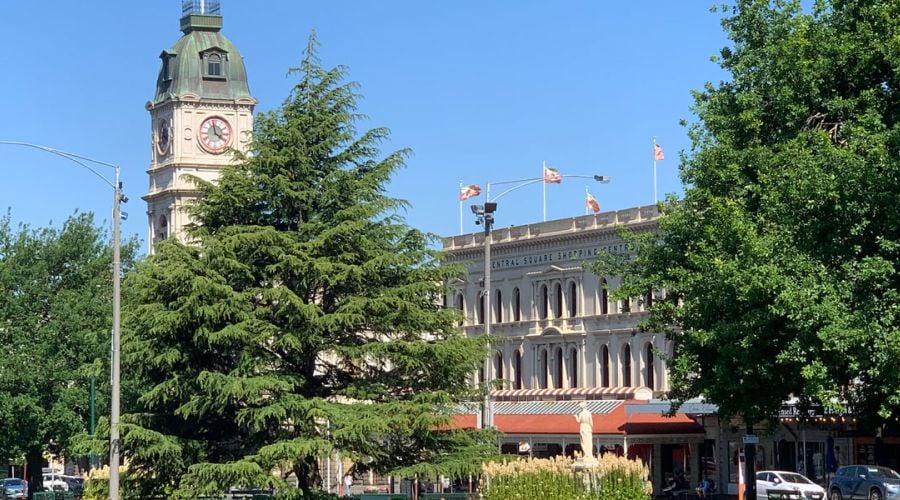 Ballarat is a city with a fine heritage when it comes to beer and brewing. It's one that continues today, where pioneering experimentalists rub shoulders with blenders, brewpubs and classic boozers. read on