Look around the world today and you see societies becoming increasingly polarised – between left and right, rich and poor, secular and religious. At home, you need look no further than Parliament House where, over the past decade, relations between the two major parties – not to mention some highly vociferous minor parties – have descended to frequently bitter levels.

Yet, yesterday evening (June 19) in the House of Representatives, something strange happened. Members of both major parties took it in turns to speak on a subject on which they both agreed. They did so with humour and with passion. And they did so in support of the country's small brewers.

Sure, it's hardly a moment to rank alongside the Christmas Day truces in the trenches of World War I. But it's one that will give fresh hope to small, independent breweries, their employees and the wider industry and beer scene that supports them. And it's one that adds momentum to a push for fairer treatment of these businesses when it comes to excise tax – a push that has been underway for more than a decade.

Leading the charge at Parliament House was Anthony Albanese, member for Grayndler, who at the end of last week visited Batch Brewing Co for the launch of the Inner West Brewery Association. Yesterday, he raised a motion in support of the craft beer industry. In doing so, he highlighted:

And, in what will be music to the ears of small brewery owners and their employees across the country, he urged the Australian Government "to ensure policy settings which encourage the realisation of the potential of the craft brewing sector" as well as calling on "state and local governments to update their planning controls and development approval to facilitate the growth of the craft brewing sector".

What's more, he spelled out specific issues within the current federal tax system, namely the higher excise charged for kegs containing less than 48 litres and the fact breweries currently receive a maximum $30,000 tax rebate as opposed to a wine producer's rebate of $500,000.

Speaking to The Crafty Pint earlier today, Albanese, or Albo as he's better known to many both colloquially and in Corn Ale form, said such bipartisan agreement on an issue was rare.

"It's good to get such broad support," he said. "It's given it momentum."

He said the debate represented a "big step" in putting focus on an anomaly in the tax system and also reflected the growth of the industry in both capital cities and in the regions.

"People have come to have contact with the industry," he said. "People do get that their local communities want support for these industries. One of the things that's happening is [these breweries] have become a matter of local pride.

Each name checked a number of the breweries within their electorates and highlighted the remarkable growth figures – more than 400 brewing companies, up from half that number three years ago, employing more than 2,000 people directly and supporting 15,000 others in the broader economy. There was comment on the ability of the industry to grow at a time when beer consumption overall is declining and, in the words of Trevor Evans, "with minimal assistance from government".

Liberal members were keen to point out opportunities opened up by free trade deals the current government has struck and the ability for small brewers to take advantage of a $20,000 instant asset write-off. Calls for proposals to cut regulation and tax are sure to strike a chord within the party too.

John Alexander, who brought a pale ale from his local brewery Endeavour into the chamber for the debate, cited figures showing that 65 percent of all people employed in brewing in Australia worked for independent brewers, despite those brewers producing just three percent of all beer brewed in Australia. He said independent breweries generated $655 million in economic output and acknowledged: "For decades, legislation has been providing for an environment dominated by big multi-label, multinational brewers and wine producers, so we are having to catch up in this area."

Tim Wilson, local member for the ward containing Bad Shepherd and Black Heart Brewery and a self-confessed fan of Mornington Peninsula Brewery Pale Ale, also cited market access as an issue and said: "We have a duty to ensure that the independent brewing industry is operating in a competitive manner and in a favourable regulatory environment."

He later added: "It is the small entrepreneurs who are doing so much to create employment opportunities, and, more importantly, they are taking on big business. That is what I will always stand up for: people who want to have a go and take on established, vested interests and challenge people in the marketplace in a competitive environment, because that is what brings liberalism alive. It excites me."

It's sure to excite those who have been campaigning for a fairer playing field for years too. One such person is Paul Holgate, who founded Holgate Brewhouse nearly two decades ago and recently secured Victorian Government funding for a major brewery expansion and the construction of a visitor centre to attract tourism to Woodend. He was part of a lobbying group that included Mountain Goat founder Cam Hines, brewer and educator Neal Cameron and others that travelled to Canberra on a number of occasions more than a decade ago pushing for fairer treatment for small brewers.

While expressing caution after so many years running a business on a less than level playing field, he said: "Having a fairer tax platform encourages business growth and encourages us to put money back into marketing and to grow and to do more exports. Whether you're profitable or not, [as a small brewer] you're putting 25 percent of your income into excise tax; if you're then profitable you pay corporate tax and GST.

"The analogy I make is that small beer producers are like small bakeries. If you suddenly ask a bakery to pay 25 percent of their income into excise before they're profitable they just wouldn't survive.

"Us small breweries are battling to survive with the same size businesses. It's nonsensical."

He says the current system discourages small Australian brewers from investing in plant equipment and also puts them at a disadvantage against larger breweries and other alcohol producers in Australia as well as against American brewers importing here in greater numbers that have been able to develop economies of scale due to a more supportive government.

Were similar levels of support available here, he believes "it will enable growth, enable more breweries to start up brewing rather than being contract brewers and enable jobs in manufacturing of brewing equipment and sales."

As for Albo's connections with the local craft beer industry, they date back to when he first met the Young Henrys team through their involvement supporting charities and events in his electorate. He's since gone on to skull a Mountain Goat beer at a past Reclink Community Cup in Melbourne and had the aforementioned Albo Corn Ale brewed in his honour by Tempe's Willie the Boatman. More recently, he attended a forum for local businesses at Wayward Brewing Company in March (pictured below) before last week joining representatives from five of his local breweries for the IWBA launch.

"I was surprised by the turnout [at the forum]," he said. "It was huge. There were 15 brewers there. The national organisation. The tourism sector. All engaged in a really constructive discussion."

"We need to support the industry," he added, "and not be a hindrance."

As he put it to the chamber yesterday: "Despite the obstacles faced by the industry it continues to expand, and the type of kick-on employment that the sector supports, such as boutique hops growers, is vital to a healthy and diverse national economy. With proper support from the federal government, the potential for growth is enormous."

He also believes brewery venues offer visitors something different to pubs and, with his Shadow Tourism Minister hat on, is excited by the immense potential for tourism both domestically and internationally.

"Part of Australian culture is getting together in pubs and coffee shops. People are looking for places where the community can get together," he said.

"And one of the things about the craft brewing sector is that people don't go to the brewery to get drunk. They go down because they are interested in the quality of the different tastes that can be provided. They're interested in having a chat with fellow locals or visitors to the area. There's a convivial atmosphere."

He says the next steps are for further debate to take place, with more members from both parties keen to partake, and to build momentum.

He says brewers and anyone who would like to see change should speak to their local members and circulate the motion on social media.

"There's just got to be a push for a change in the next budget," he said. "This provides the framework for it."

Returning to the House of Representatives yesterday evening, last word is perhaps best left to an avowed VB drinker: Joel Fitzgibbon, member for Hunter, home to the likes of Hunter Beer Co, Hope Brewhouse and the Lovedale Brewery.

As countless breweries and their supporters have been asking for many years now, why indeed? Greater education for people in all areas of the beer world is much needed in Australia. And now it's on offer at an unlikely location as one of the world's leading universities adds a subject dedicated to beer to its prospectus. read on 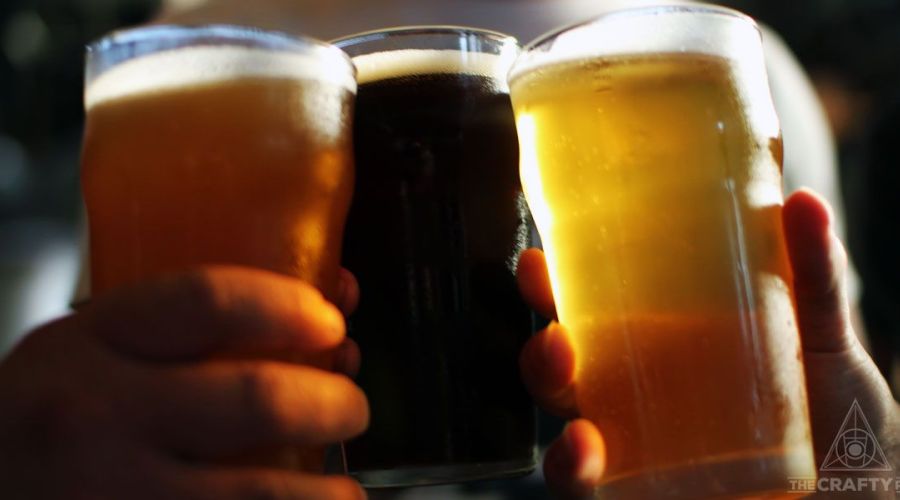 The Federal Government today announced that the excise refund cap for breweries and distilleries will increase from $100,000 to $350,000, with the decision welcomed by the Independent Breweries Association. read on