Beer Nuts is an occasional feature we run that shines a spotlight on people who take their passion for good beer to the extreme – and sometimes beyond. Here, we step inside the beer cave of Leith Booker.

The 36-year-old expat Kiwi has managed to well and truly ensconce himself in the local beer scene in recent years. He's worked at crafty bottleshops and also kicked off his own business specialising in photography for the craft beer industry.

He shares a home in Melbourne's northern suburbs with his partner and multiple beer shrines, including a well stocked and heavily decorated beer cave, and is the sort to rock up at the most extreme and extravagant of beer events. Certainly, he's a more than worthy entrant into the Beer Nuts hall of fame.

I had just moved to Kensington and the proprietor of the local cleanskin wine shop had a rotating selection of "Microbrewery" beers. He was kind enough to give me a nice discount on mixed six-packs, so I started buying a mixed six every week.

Then my parents came to visit and bought me a Coopers homebrew kit. I never did use the Cooper Lager can that came with the kit!

I've never really got into using Untappd. I've literally tried thousands of beers, so I probably should, but I have an almost photographic memory when it comes to beer. I do keep receipts of my purchases to claim back at tax time...

Let's just say, I spend a lot on beer!

A stand out would be Jester King 2015 Estival Dichotomous and Epic Hop Zombie is an old favourite from the homeland.

I drank some shockers in my late teens back in NZ. Back then beer was dirt cheap. You could get a dozen bottom of the barrel beers for around $10.

The worst of the worst was Ranfurly Draught. Even then, that stuff was barely drinkable to my palate.

A lot! My lovely suppliers give me free t-shirts, so I'm a walking billboard.

I've only t-shirt I've ever bought was The Crafty Pint's Craft Beer is Love t-shirt. Sadly it now has a little hole in it...

[Given we've still not got around to setting up the Merch page on the site, we may be able to help you out here, Leith...]

More than I should... In the Spiegelau range alone, I have the Stout, IPA and the American Wheat. I won't go on to the rest...

There's a few shrines in my home:

My garage/mancave, which is dedicated to brewing, has a bar and a very large collection of craft beer posters, stickers, fridge magnets, bar mats and coasters.

My office/studio is a dedicated space for sampling and photographing the holy beverage.

I reckon I've been trying five to eight new beers per week for the last three years, so I could be well over the 2,000 mark.

Probably only about $500, because I don't drink out much, I get a lot of free samples and I get a friendly staff discount.

Thanks, Leith! Readers can check out past Beer Nuts here.

If you know a potential future Beer Nut – or are one yourself – drop us a line! Aussie Beerstagrammers: All Of The Beers

He fell down the rabbit hole of beer in London and has brought his passion to bear with the @allofthebeers Instagram account. Guy Southern spoke to Matt Kukura for another entry in our Beerstagrammers series. read on 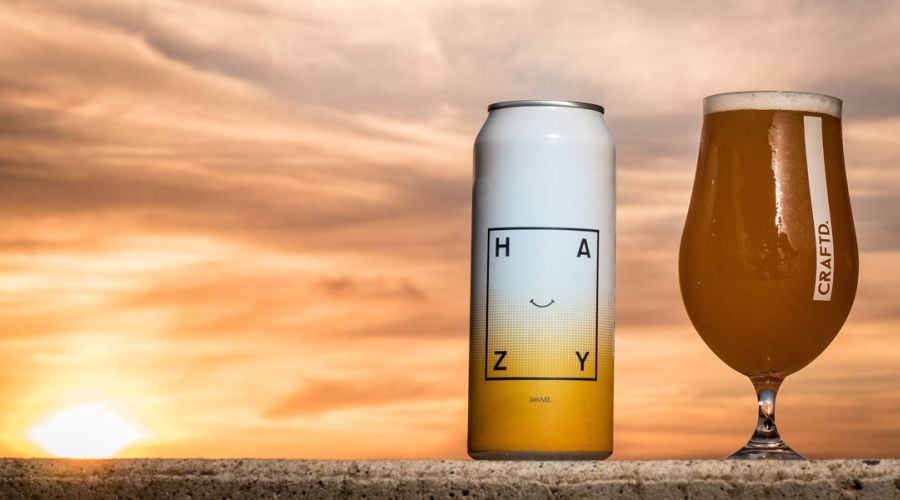