For the past few weeks, this year’s hop harvest beers have been flying out of breweries across the land. There’s been a fair bit of variety too: Red Hill’s velvety Hop Harvest Ale uses its homegrown hops to decorate a rich, malty English style bitter, Bridge Road’s hop-cone-jammed-up-your-nostril Harvest strips the malt bill right back to create a late-hopped floral extravaganza, while Cascade’s First Harvest 2011 sits in the middle.

Also making an appearance have been beers using harvests of a different kind. Bright’s Pinky Framboise is a lambic made using raspberries from a local farm, while the brewery also showed off a trial batch using blackberries harvested from the woods of the Victorian High Country to a handful of people at the last Fed Square Showcase. Kooinda has been playing with raspberries and karakaberries in its witbier. And it’s not that long since Bridge Road was experimenting with elderflower and blueberries in a limited release version of its Saison.

It’s a new beer from Tasmanian brewery Van Dieman that looks to be taking the fruits of the harvest a step further, however. The Hedgerow Autumn Berry Ale, made with rose hips, hawthorn and sloe berries, has been a long time in the making.

“The berries come from the hedgerows on the family farm I’d been driving past for a couple of years,” says brewer Will Tatchell. “This time last year we decided to do something with them. It was something of an experiment – a toss of the coin as to whether it would work – but it’s turned out very nicely.”

Having been lucky enough to sample one of very few bottles to have been sent to the mainland – Will says they’re three years ahead of schedule after opening in 2009 and are struggling to meet demand in Tassie, let alone feed everyone else’s growing thirst for good beer – we’d have to agree. The beer spent 12 weeks conditioning with the berries in the tank (5kg of hawthorn berries, 2.5kg of sloe berries and 1.5kg of freshly cut rose hips) and a further six months bottle conditioning, resulting in a seamless blend of forest fruit aromas, subtly spicy hop notes and English ale characters in a thoroughly rewarding drop.

Having spent a couple of years brewing in the UK, Will favours British styles and knew of a similar beer by English brewer Sharp’s. He contacted them for tips before selecting a hop mix of German Brewer’s Gold and British Bramling Cross for bittering “to carry across those fruity, spicy currant flavours” and the Slovenian Bobek variety for dry-hopping and aroma to impart a little lemon character. 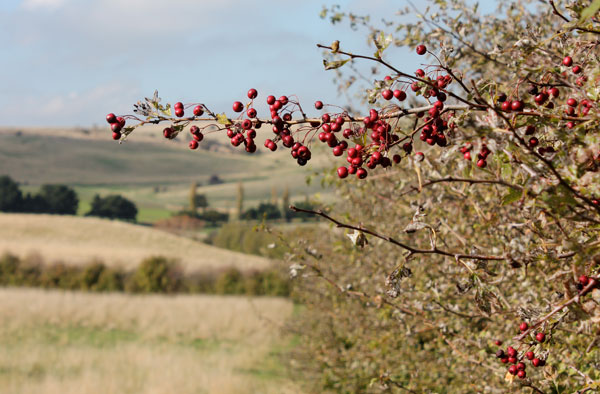 “We tasted it after a couple of weeks in the bottle and there was a real change between the ale and the fruit note,” he says. “The bottle conditioning really rounded this out. Now we’re keen to see how it will develop over another 12 months.”

The berries that will make up next year’s version are primed and ready for picking – and there may be two batches this time around. As for Mark 1, it’s on tap at the New Sydney Hotel and Preachers Bar in Hobart and in bottles at selected Tasmanian venues and Coogee Cafe After Dark in Sydney. If it appears anywhere else we’ll let you know.

A new cool room is under construction at Van Dieman’s Evandale base with an automated bottling line to follow as, like the rest of the Australian craft beer industry, Will tries to keep up with demand. For now, the best way to get hold of his beers is to head south to Tassie. You’ll find the brewery at 537 White Hills Road, Evandale, and the website here.