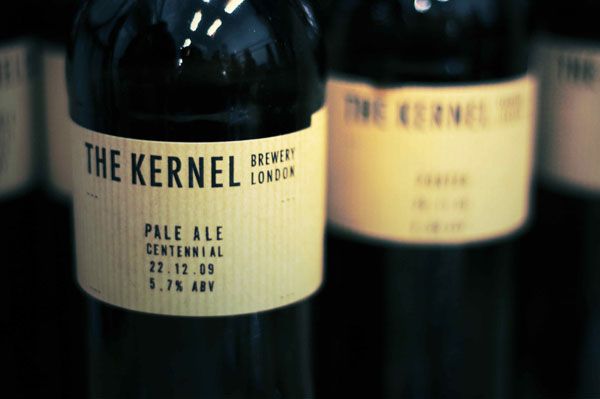 Our Man In: London

There’s no shortage of brewers in Australia who will tell you the inspiration to get started came while drinking pints of real ale in British pubs. The UK has a long and proud brewing history, with the likes of CAMRA helping keep traditions alive. Yet, even though it’s a country blessed with great beer, it too is undergoing something of a beer revolution.

While hundreds of mainstream pubs are closing every year, hundreds of microbreweries are popping up and the clever landlords are catching on and offering an amazing array of their beers and hosting mini-festivals. Crafty’s brother worked at one such event in a small village pub earlier this month where 30 beers were on offer (for a envy-creating $4.50 a pint at current exchange rates…!) and said there was a great buzz – and a sell out of every beer.

Happily observing this revolution is Londoner Max, who writes The Pub Diaries; you might have seen some of his write ups on a trip to WA a few months back. Here, he tells us about the changing scene and introduces some of the characters driving that change. Over to you, Max…

“Beer Revolution. Beer Renaissance. Beer Revival. Call it what you will but the craft beer scene is evolving. The picture in London as in other cities across the craft beer world is one of new brewers, pubs, bars and blogs springing up month on month and pushing the scene forward. The image of the bearded beer ticker is giving way to one of an eclectic clientele who appreciates the variety on offer and the care and craft taken to deliver the pint in front of them.

Against a backdrop of recession, taxation and pub closures this really is a rare good news story. While some may howl at there being a âgood news storyâ amidst admittedly tough conditions it seems that a new breed of brewers and landlords are starting up, surviving and even thriving. So let me briefly introduce you to some of Londonâs brewers, bars and bloggers spurring on whichever of the three Râs you ascribe too.

Many pubs exist to simply pour your beer and take your money. Questions about the beer, recommendations or asking for a taster are often greeted with blank looks, which say more about publicans educating staff than the bar staff themselves. But the revolution has begun. A growing number of places have knowledgeable staff able to advise and enthuse about their beer. You may call it the rise of the Beer Geek. They are serving a growing number of drinkers who are âsavvy and interested … getting involved with the beer scene by looking out for the best beers the capital has to offerâ, says Pencil and Spoonâs Mark Dredge. The savvy drinkers arenât necessarily Beer Geeks, just engaged punters looking for the diversity in beer which most of us have grown to expect in food over past years. 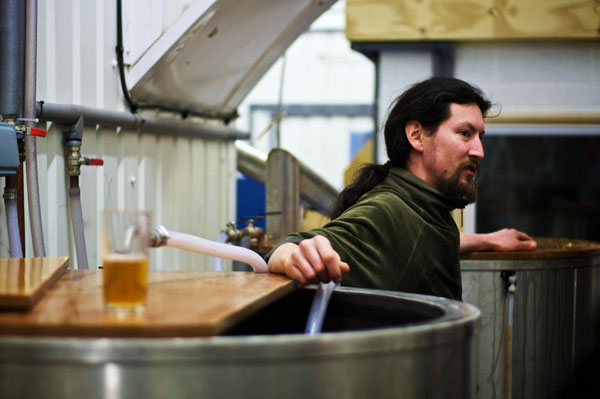 Evin O'Riordain at his Kernel Brewery

A Saturday afternoon visit to Kernel Brewery, tucked away in a Bermondsey railway arch, finds Evin OâRiordan brewing beer thats garnering praise from pretty much all that drink it. With food artisans as neighbours selling superb cheese, breads and meat there is no shortage of custom. Choosing Imperial Marzen, Black IPA and award winning Export Stout to fill out my case of 12, Iâm given a knowing nod and told that Iâve made a good choice. This isnât arrogance in any form. Itâs sincere enthusiasm for a product that Evin has handmade, bottled and labelled. Itâs clearly an enthusiasm that is infectious. Alex, at nearby pub, The Dean Swift enthuses from behind the pumps about a keg of Bravo Apollo Pale Ale just tapped. The rare treat of Kernel from the tap I am told should not be missed. As excellent as the bottles are Alex is not far wrong.

Along with the Dean Swift additions to the craft beer landscape are the Euston Tap, Draft House (Tower Bridge), Mason & Taylor (Shoreditch) and the Cask (Pimlico), joining the likes of the Rake (Borough) and White Horse (Parsons Green). Aesthetically they vary from the traditional to the modern with the plush proper pub feel of the White Horse against the inner city stripped concrete of Mason & Taylor; the Euston Tap mixes grand Grade II Listed gatehouse with an interior and cellar direct from a US Taphouse.

As different as they are in style what unites them is great choice, educated staff and a passion for promoting the best of the beer world. The blank looks here are from some unsuspecting punters, stumped by an array of choice from brewers theyâve never heard of. Throw in collaborative brews and the stumped punter wonât know whatâs hit them. London Brick a Red Rye IPA is an impressive roll call of London brewing with Redemption, Zerodegrees, Brodies, Dark Star (West Sussex) and Kernel all involved. Pretty much a sell out success itâs a sign of how collaborative brews (between brewers, publicans and increasingly bloggers) are adding an extra dimension to choice at the bar.

Beer writer and broadcaster Melissa Cole has been collaborating up and down the UK for a couple of years and in her view “brewers seem to see how important it is to collaborate amongst themselves to share information and knowledge”. Initiatives like the London Brewers Alliance are demonstrating the collaborative spirit at work. The benefits are obvious to see but boiled down, Evin OâRiordan sees the Alliance as âactively enabling brewers to get organised, collaborate, cooperate and work as a whole, which is the best way forward, and our biggest asset".

With such enthusiasm and commitment in all quarters the question has to be what comes next? The consensus seems to be spreading the message about good beer, good pubs, good service and education. To some it would seem like a tall order but to those pushing good beer forward itâs what they get up for. The Revolution continues."