Coopers was also named Champion Large Brewery and collected another trophy in the reduced beer category for mild ale. Adelaide’s other most recognisable beer name, West End, also picked up silverware in the shape of Champion Australian Style Lager for Swan Draught.

The team at Mismatch Brewing, who only last week won Champion Australian Beer at The Indies for Mismatch Lager, added to their trophy cabinet when they were named Champion Medium Brewery.

Brewery co-owner Ewan Brewerton was a man of few words when asked how he felt about Mismatch’s latest trophy: “I feel really, really f@#$ing happy. The work we have put in is coming into fruition.”

Smiling Samoyed, from the tiny town of Myponga an hour’s south of Adelaide was named Champion Small brewery, continuing a fine run of form at the awards over the years for founders Kate Henning and Simon Dunstone (pictured below collecting their trophy).

“We feel fantastic actually. This is the one I wanted," Simon said. "I feel it is about brewing consistently across the board, so we're very excited about that.

"This is the best one; before we won awards and trophies for specific beers but tonight we have won Champion Small Brewery, which means all the entries were good. It means we are producing consistent, good beer.”

Among the other breweries to take out multiple trophies was Lobethal Bierhaus for its Bohemian Philsner and Chocolate Oatmeal Stout in the Champion Pilsener and Champion Stout Beer Awards category respectively. The brewery is no stranger to award success but had taken a short hiatus before returning this year.

“It’s great," said brewery owner and head brewer Al Turnbull. "We had a little bit of a break from competition, so it was nice. We are in year 12 now and to do this is great.”

Port Lincoln’s Beer Garden Brewing won awards for its Cage Diver IPA and Section 49 Wheat Beer, with co-owner Janine Butterworth saying: "[It's] pretty exciting to win some awards; a lot of hard work has gone into this and we are happy that has paid off.”

While the vast majority of the awards on the night went to local breweries, those from interstate also snared their fair share. Fixation's Tom Delmont is becoming a familiar face on awards stages across the country, with the brewing company he launched with the Stone & Wood Group winning Champion Other Ale for Obsession, a session IPA, with the beer also taking out the media choice award ahead of the Incubator brewpub opening in Collingwood.

"I feel thrilled, thrilled to be a part of this amazing industry," said Tom. "The little brother in the family got the win."

Completing the beer trophies was Western Australia’s Boston Brewing, who impressed the judges and won in both the Champion American Style Pale Ale and Best New Exhibit classes, Bridge Road with another gong for its Robust Porter and Gulf Brewery, from the Adelaide Hill, which collected Champion Hybrid Beer for its rauchbier. In the world of cider, it was Kangaroo Island Cider's Colony Coast Cider which was declared both Best South Australian Cider and Best Cider in Show. 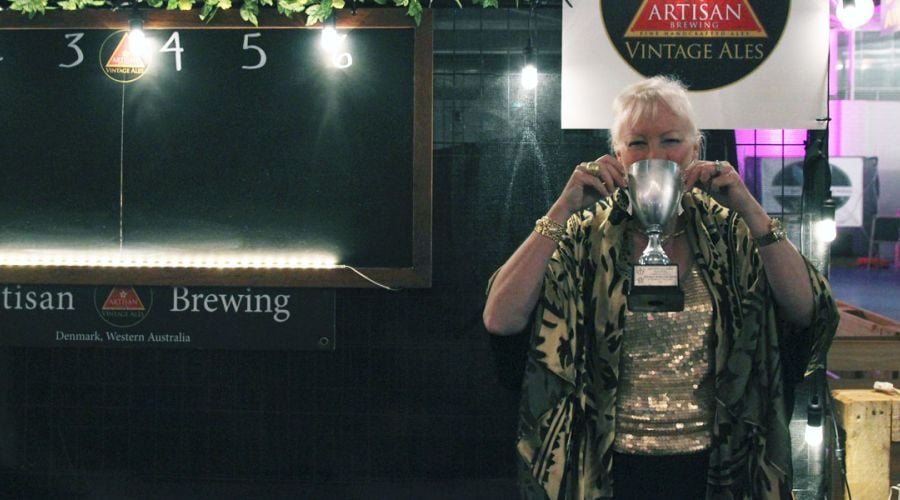