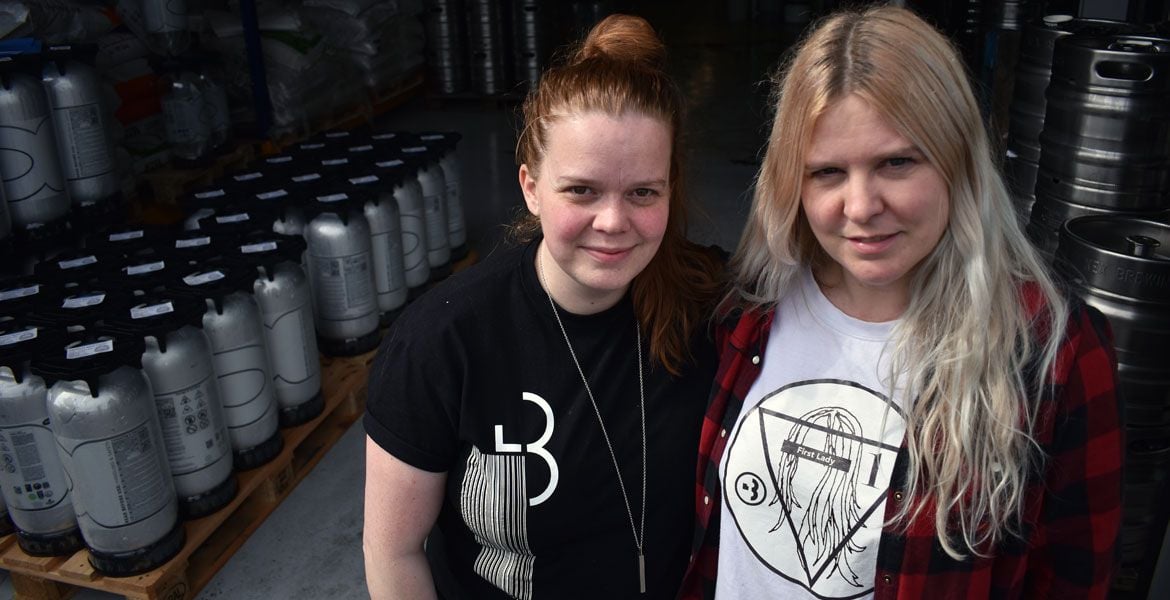 In 1809, there was only one place to drink in Reykjavík, a den for Danish merchants that they called the "klúbbinn". I had returned to Iceland in order to research the events of that summer; it’s a rather interesting history, but I’ll spare you most of the details, other than to say when I finished off my day in the library looking into the social life of this curious place two centuries ago, I would emerge into a city that these days has rather more bars.

In fact, for a small city, Reykjavík’s social life is prolific, its bars renowned for their diversity and flair (and also their lengthy happy hours). I was here three years ago and observed a burgeoning beer scene, with a handful of brewers beginning to develop their own beer culture.

The craft beer scene only fired up in the late 2000s (indeed, the country's version of prohibition only ended in 1989); now it has become a significant force, with around 25 breweries servicing a population of 330,000. Reykjavík has a bunch of bars devoted to craft beer, and it’s not uncommon to find such beers on tap alongside the big brewers.

Meanwhile, it’s easy for microbreweries to get a spot on shelves in the local bottle-o: the government has a monopoly on liquor stores, running them from outlets with the name Vinbúðin, and there’s plenty of space for the smaller breweries. And, because everyone is so thoroughly taxed on alcohol, the price difference between micro- and macro-breweries isn’t too significant.

Iceland is a few hours’ flight from the rest of Europe, and not much further from East Coast USA. It’s a former Danish colony and, more recently, has housed an American air base – the influence of these two countries is all over Iceland, including its beer. Yet there is something distinctly Icelandic about so many of the breweries I have visited in Reykjavík.

I wandered along the harbour to meet with Thórey Björk Halldórsdóttir and Ragnheiður "Raxel" Axel (pictured above), who have one of the newest brewing companies in the city. Lady Brewery is also the only female-run brewery in the country, making it the Icelandic equivalent of Two Birds.

Early on in our chat, I hear something that sounds like it might be their brewery’s motto: “If you’ve seen it before, we don’t want to do it.”

Many brewers are talking intently about the drinking experience nowadays, but I have seen few who practice it more seriously than Lady Brewery. They’re foraging their own ingredients, gypsy brewing tiny batches for restaurants, and contextualising their beers with great stories (for example, they have a witbier brewed in memory of a seafarer who drowned in 1927). They’re also serious about making sure their design elements are of a high standard.

Another new brewery is Malbygg. I arrived at their warehouse brewery on canning day: they’re one of the early adopters of canning in Iceland, as well as having a small barrel ageing program. The fellas here started their craft beer careers by importing beer into the country along with construction materials (their main trade).

Head brewer Bergur Gunnarsson followed a familiar path: university studies in chemistry and a stint at a British brewery. The heady IPAs and fruit sours that they were canning were tailor made for summer drinking – and, although you could have fooled me, it seemed summer was beginning in Iceland.

“Obviously sales are going to spike when it’s 15 degrees and sunny,” Bergur tells me without irony, making me smile.

When I was here in 2015, super-hip hostel-bar Kex had one of the more grandiose tap lists in town, with the more famous Danish breweries particularly represented. Now Kex is mostly pouring its own. At the helm is Hinrik Carl Ellertson, also familiar from the Mikkeller & Friends bar in Reykjavík.

His most recently-released brews carry obvious Icelandic characteristics: the Forbidden Summer Fruits sour uses rhubarb and berries that grow well in their climate, while a new imperial stout named Skúffukaka represents Icelanders’ love for sweet bakery treats: whole doughnuts have been thrown into it, alongside vanilla and coconut.

The doughnuts are from a popular Reykjavík bakery, which highlights another trait typical to Icelandic small businesses in general. The intent to collaborate is huge, and a lot of that it is to do with how interwoven everyone’s lives are in Reykjavik. Brewers aren’t just collaborating with their mates in other breweries: they’re working with culinary providers, restaurateurs, event coordinators, graphic designers and all sorts of other interesting folks.

There is also a level of co-operation between micro- and macro-breweries I’ve not seen elsewhere: a number of small brewers are gypsy brewing using the equipment of a multinational-owned brewery.

The evolution of an Icelandic beer festival is another matter, which had its seventh iteration in February. Hosted by Kex, the roster of breweries at this year’s festival showed the pull that the northernmost national capital in the world has for brewers from both sides of the Atlantic. The likes of Fonta Flora and Prairie made the trip from the States, Collective Arts flew in from Canada, Cloudwater and Beavertown from the UK.

For Lady Brewery, there’s another focus for their collaboration.

“We’re also inviting girls to come and learn how to do it,” Thórey tells me.

Raxel adds: “And make money from it. We want women in business.”

Their flagship beer is fittingly called the First Lady – and she’s proven to be a very popular, drinkable IPA. It’s an exciting time for brewers and craft beer drinkers, with output and originality increasing noticeably over these past three years.

“We’re right in the middle of the whirlpool,” Raxel summarises. But some of those involved in the craft beer community quietly expressed a concern that, before too long, a few of the smaller breweries are going to be sucked under by this whirlpool.

“I don’t think that all of them will survive since we’re only 330,000 people,” Hinrik tells me, “but the landscape of beer culture will be changed.”

It’s a view several involved in Icelandic craft beer share. There haven’t been any casualties yet, though. Perhaps it’s mitigated by the fact that most brewers have second jobs: most Icelanders do, for that matter (like their recent World Cup coach, who is also a dentist).

Australian brewers will infer that production is often small, if these brewers have time for other work. But it wouldn’t be fair to say that the brewers here are merely playing at their hobbies. There’s a quiet passion to ensure that Iceland has a distinct and respected craft beer culture. This is a matter I was most interested in, because there are similar things happening on an island at the other end of the world.

Making comparisons between my native Tasmania and Iceland struck me as worthwhile. There are some parallels.

With a similar size and population, we have also both been heavily visited by tourists in the past few years. And, along with the tourism boom has come a lively food and drink culture – craft beer included. Tourism in Iceland had a manic rise, beginning in the summer of 2015, when I first visited. The number of tourists means a bigger market for beer sales, especially as visitors will often look for local products. However, the concern some brewers have is that the tourist market is an unreliable one. This summer in Iceland, it seems that tourist numbers overall will drop.

I don’t think Iceland will suddenly became barren of tourism too soon, but it does raise questions about how microbreweries market their wares. It’s important to get a local audience to embrace the beer being produced in their region, especially in small places like Iceland or Tassie. Tourist attention can help local consumers to learn to appreciate their own beer but, more than that, craft breweries need to be sincere in helping local punters to learn to love the beer from nearby.

The locals should be champions of their beer, not the visitors. What Iceland's breweries do well is getting their beer into a variety of unexpected places. It also helps that, as a rule, Icelanders don’t feel the need to fit any boxes. The creative partnerships that breweries have with venues, events and artists – as well as other breweries – are worth thinking about, especially for those of us way down under.

In the meantime: although “a den for Danish merchants” doesn’t sound like a bad place to have a beverage, if you find yourself over in Iceland any time soon, you’ll certainly be satisfied with how the beer scene has expanded.

You can find out more about the beer scene in Iceland in Bert's previous article here and check out other travel articles on the site here.