It's been another successful excursion to the International Beer Cup in Japan for Australian brewers. Both Mountain Goat and Edge Brewing Project picked up gold, silver and bronzes with Brisbane's White Lies completing the picture with a bronze.

Mountain Goat head brewer Ian Morgan told The Crafty Pint: "It was good to be here for the awards ceremony. The judging was quite rigorous in comparison to my experience last year, with more entries – an impression shared by more than one brewer I spoke with today, so the accomplishment carries that much more weight.

"I’m pretty stoked with the result. The Goats felt we killed it with this year’s imperial stout so it was good to see that reinforced in the result. Our Summer Ale can, brewed in Laverton, got a solid silver so that’s a good reflection of the hard work that crew has put into getting the Goat out. And a sneaky bronze for Westy Kong rounds it out.

"I’d encourage any Australian beer travellers to make the BeerFes a part of their itinerary. Yokohama is a great town – it’s a very walkable and has an ingrained cosmopolitan nature that makes it an entry level win."

At the International Beer Cup, which first ran 20 years ago, only one gold, silver and bronze are awarded in each category, making medals harder to come by. There were 754 entries from 193 breweries in 23 countries, judged by 96 judges from across the globe.

Lee McAlister-Smiley, founder and brewer at White Lies, who picked up bronze for his Raspberry Sour, said: "It was an amazing experience to judge with all the overseas judges and see firsthand how the Japanese craft beer industry is evolving.

"For me, long-term plans are to commence export into overseas markets and winning this award strengthens our reputation of quality."

You can view the full list of medalists here.

Photo at the top: Lee McAlister-Smiley, Adam Betts and Ian Morgan. Thanks to Steve Henderson for the image. 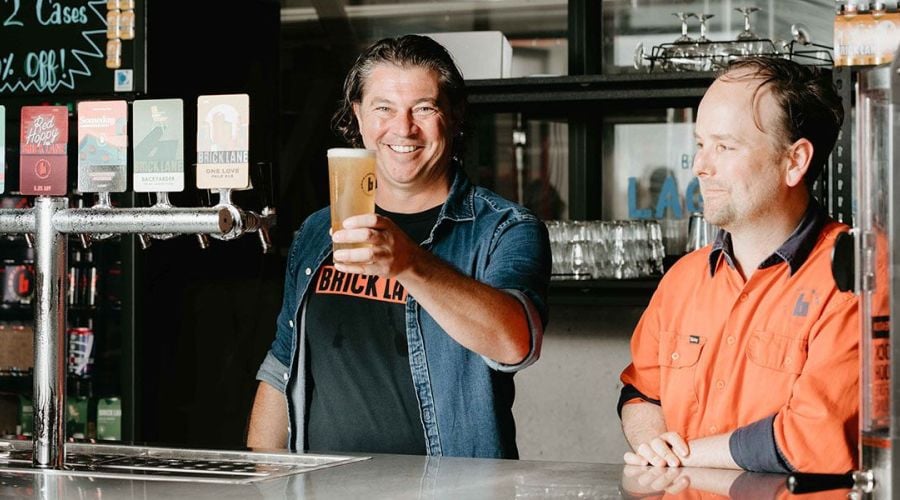