For meadmaker Joel Robinson everything smells “like a tyre factory on fire” – even his baby son Banjo.

Last year, Joel was hard at work setting up his Wollongong-based meadery, Hunter and the Harp, operating out of Five Barrel’s premises until he was able to get his own cellar door up and running.

Then the accident happened – one that ruined his sense of smell.

Joel, his heavily-pregnant wife Nerida and their two older children Hunter and Harper (yes, that’s where the meadery name comes from) had just moved into their new home when he had a fall in which he suffered a brain injury and ended up in the neurological ward at Wollongong Hospital.

“With that brain injury it took a little while to realise I’d suffered an olfactory dysfunction,” he says.

It’s a very rare disorder called parosmia, which can be caused by a traumatic brain injury. It warps the way everything smells, turning it into a foul odour.

“With parosmia, everything smells rotten and really offensive,” he says.

Even his son Banjo, who was born a week after he left the neurological ward, "smells rotten to me," Joel says. "He doesn’t smell nice.

“Everything smells like that. It’s not just food or drink, it’s everything. It’s driving down through town, going to a restaurant, going through Port Kembla, clean sheets on the bed – everything smells rotten.”

It’s a dysfunction that’s so rare Joel says he hasn’t been able to find another sufferer in Australia.

“There are two university professors who know about this condition but it is so so rare that there is no treatment,” he says.

“There’s no research because it’s not deemed to be as important as, say, losing your sense of sight.”

So the plans for the meadery got pushed to the side. And, at one stage, living with the condition made him feel like pushing everything to the side. Even life.

“There was a time where – and it still is – a huge battle, mentally, to survive. That’s a good way of putting it.”

He was able to pull himself out of the dark place, with the help of staff at the Illawarra Brain Clinic.

“They’ve helped me reevaluate my values, where I wanted to be and what sort of life I want to lead from here on in," he says.

Curiously enough, the desire to make mead also brought him back from the brink. While there is no cure for parosmia, Joel felt it was crucial to continue to work on his sense of smell – if only to keep those neural pathways in his brain open should it return.

“If there was an industry that would help with my return of a normal smell function, it’s this industry,” he says.

“I’m constantly smell training and smell training is the only thing we can do to allow that portion of our brain that is dormant to not become redundant, to not go backwards.”

Despite our senses of smell and taste being linked (which is how we perceive flavour), his loss of the former hasn’t affected the latter. And, without a sense of smell, he’s worked harder to improve his tasting ability to compensate.

The problems with smell don't seem to have caused problems when it comes to making mead. Joel's range – which has included a finger lime sour mead, a gose-like mead, and one with blackberries fermented on oak – have been a hit with the punters.

They were well received at a recent food and wine festival in Kangaroo Valley and mail orders are regularly coming into his brewing facility in the Illawarra’s southern suburbs.

Putting a positive spin on his parosmia, Joel suggests it helps create a point of difference.

“It means the flavour combinations that I make are pretty different to what someone with a normal olfactory function would make,” he explains.

“I’ll be picking up different flavours, so maybe we’re getting some uniqueness out of my condition.”

Hunter and the Harp meads can be ordered through his website.

All photos by Kelly Exposito: Life in Focus Films & Photos. 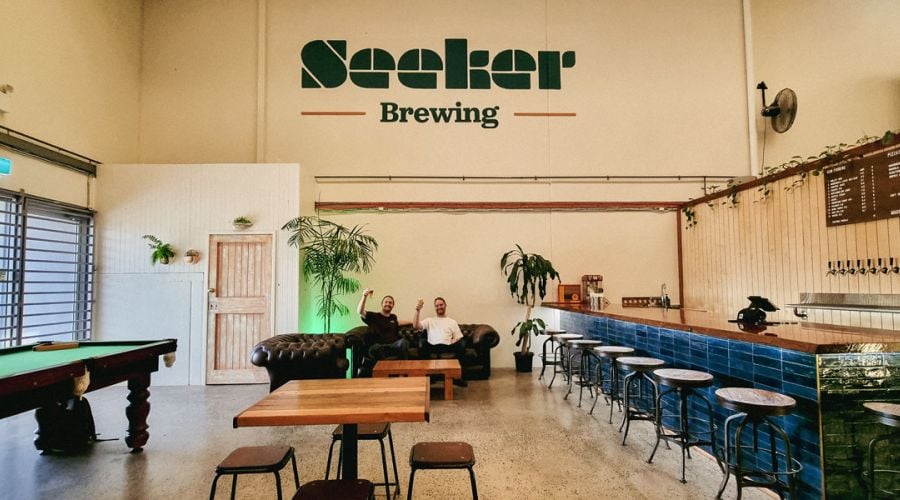 A tiny number of Australian brewers have played with mead and braggots, but there's now a small yet growing number of people specialising in these ancient beverages. Marie Claire Jarratt spoke to some of them in her debut article for the site. read on