It seems the judges at the World Beer Championships are rather fond of the beers being brewed by Queensland’s Burleigh Brewing. The Gold Coast based brewery has just secured another gold medal at the competition run by Chicago’s Beverage Tasting Institute, this time for its Hef. The German style wheat beer follows its stablemates 28 Pale Ale, Black Giraffe Coffee Lager and My Wife’s Bitter in securing gold, less than a year after it was named Grand Champion Beer at the inaugural Queensland Beer Awards.

Burleigh Brewmaster Brennan Fielding said: “Wheat beers are a unique style â and one with a rich history. They take a lot of work to get right and our team works really hard on all the minor details that impact the quality of this style of beer. We put our hearts into it absolutely and so to get this bit of recognition is really gratifying.”

The Hef achieved the second highest score of any beer entered into the German Wheat Beer category, with only the Ayinger BrÃ¤u-Weisse from Aying in Germany scoring higher. Its achievement is all the more impressive given some of those it outranked, among them established German breweries Paulaner and Hofbrauhaus as well as American big hitter Rogue.

The Hef was rated “exceptional” by the judges, who described it as: “Murky pale amber olive gray color. Aromas of banana bread toast and delicate nutmeg spiced pudding with a supple, frothy medium-to-full body and a long, well integrated finish with accents of melon rind, sprouts, and grass. Very tasty and stylistically focused.”

Burleigh CEO Peta Fielding said: âItâs a fantastic achievement for the team. As a company, we pride ourselves on producing consistently high-quality and great-tasting brews across our entire range, coupled with high-quality service and support. We are thrilled to be helping bring some excitement back to the beer category â and in Queensland in particular."

Here at The Crafty Pint, we’re pleased to see the Hef doing well after we included it as the Aussie wheat beer on the tap lineup we curated at the Royston and The Terminus during Good Beer Week. Also on the lineup that week was beer from SA’s Lobethal Bierhaus, which has just cleaned up at the first ever Royal Adelaide Beer Awards. Its Red Truck Porter was named Champion Porter, while by achieving gold, silver and bronze for the other three beers entered (IPA, Philsner and Oatmeal Stout) the brewery also took home Champion Exhibitor, Champion Small Brewery and Champion South Australian Brewery. 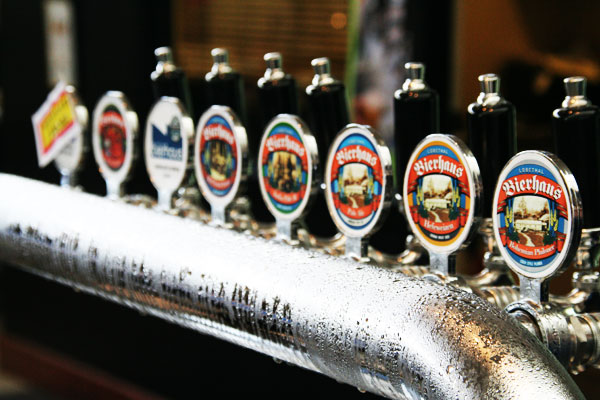 Lobethal owner and brewer Al Turnbull said he was “thrilled and a bit surprised” at the result. Looking ahead, he says drinkers can look forward to the return of the the Quince Ale he originally brewed with Adelaide’s Brewboys for February’s Great Australian Beer SpecTAPular while he also has a Christmas Ale in tanks that will be aged ready for release closer to the end of the year. We’ve heard rumours of another collaboration in the pipeline too, but lips are sealed for now…

As for the remaining awards at the Royal Adelaide Show, they went to: