They hail from France and Mexico, met in London and embarked on a trip through Europe and South East Asia sampling beers and visiting breweries before landing in Australia. Charlotte Lepage is a chef, Ed Haro an architect and carpenter, and after settling in Melbourne they became avid homebrewers.

Now, three years on from the first brew, that's gone a step further with the launch of Frexi Brewing, initially with two beers: a well balanced Golden IPA with a fruity aroma distinct from plenty on the market, and a Refreshing Porter that mixes lightly roasted coffee and dark chocolate with some dark fruit characters.

The plan has been to capture elements and flavours of their travels in their beers – and on the cans – with a "smokey, sour, salty" beer inspired by a "pretty awesome" Mexican Mezcal-based drink featuring tamarind and a red lager at the prototype stage on their kit at home.

"We saw that beer was big here, so decided to give it a crack," Ed says, while admitting they're entering a crazy market and one with plenty of great beer. "People expect a lot of you; it's been a little bit hard and [there have been] nerves; it's exciting and terrifying!"

When asked where they've experienced the best beer on their travels, Australia and New Zealand get the nod, albeit with the caveat: "I've not been back to Belgium since being a brewer so, probably if I go back there I'd find some really good beers. You develop new flavours and tastes [the more you experience] but I still think Australia and New Zealand are top for brewers."

For now they're brewing beer at Bonehead in Kensington, with Eddie having prepared for the step up by looking to replicate a commercial brewhouse setup at home.

"The idea was to improve my equipment at home to make it as much as possible like a commercial brewery, with no oxygen pick-up, stainless steel for everything," he says. "Then we imported a small canning machine from China, then we saw this post in Froth by Clint Weaver; he said it wasn't that expensive to try to brew commercially."

Hence the decision to "give it a crack".

For now, they're both working full-time in their other jobs but the hours they work – Ed from 7am to 3pm and Charlotte in the evening – means there's usually one of them at home to keep an eye on the prototypes. On the flipside, it means they see more of their beers than each other.

"We do see each other on Saturday nights," Eddie says, presumably over cans of Frexi beer.

So, as they look to become part of Melbourne's buzzing beer scene, we invited them to take part in our Who Brews...? series to find out more about their inspirations and what lies ahead.

Ed and Charlotte, the two people behind Frexi: a 28-year-old Mexican architect/carpenter and a 27-year-old French chef. We are both still working full time at the moment – hopefully one of us will be able to be full time at the brewing company soon!

We brew in Kensington at Bonehead Brewery.

The passion of beer I guess. You can create so many flavours, texture, aromas… It is impressive and unlimited, which makes it so interesting.

We got into craft beer back when we were living in London a few years ago; it was amazing all the different beers and style you were able to find at any pub.

When we arrived in Australia three years ago, we started to go to different breweries. One day we went to Little Creatures and we saw that they were offering brewing classes – from that moment we started brewing once or twice a week, at the beginning just for fun but, with time, we thought that it would be a good idea to go commercial.

We have a Golden IPA and a Refreshing Porter on the market at the moment.

At Freddie Wimpoles in St Kilda, Bar SK, and Fizz and Hops. We are on the lookout for more places!

Well, obviously, our background: FR for France and EXI for Mexico. It is a unique name that doesn't mean anything to anyone but Frexi means everything to us.

We have The Park Ranger from CoConspirators, Modus Operandi Pale Ale, Arthur Smoked Porter from Blackman's and the Pacific Sour from Wolf of the Willows.

Lately, it is more sours and Gose, no matter which breweries, they are all really interesting to drink!

To have our own brewery, in St Kilda hopefully. We would like to offer a brewery with a nice Mexican/French cuisine and do beer pairing with our food.

Exporting the beer as well: being from overseas we would like to find our beer in our own countries.

With a part of the profit made by Frexi, we would also like to create a charity that will support the conservation of sharks and marine life.

If you're in Melbourne on Friday (August 16), you can join Eddie and Charlotte from Frexi Brewing at Bar SK in Collingwood from 6pm, where they'll be offering tastings of their Golden IPA and Refreshing Porter. 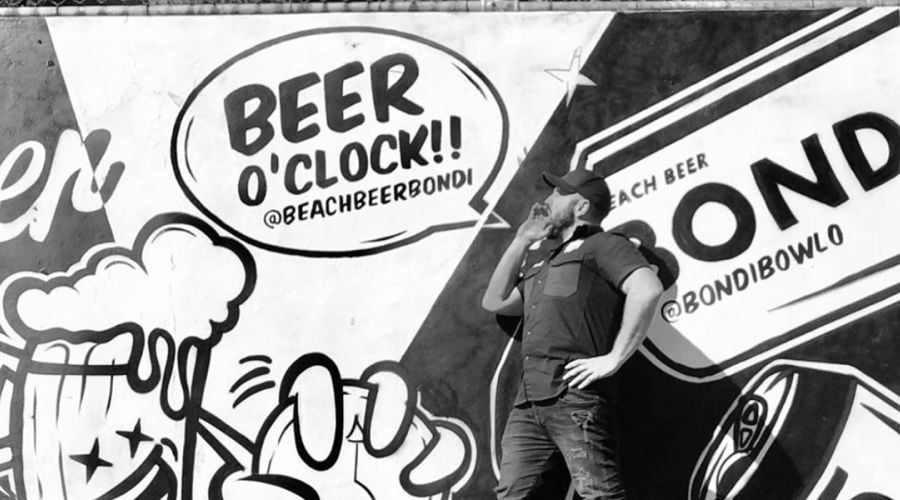 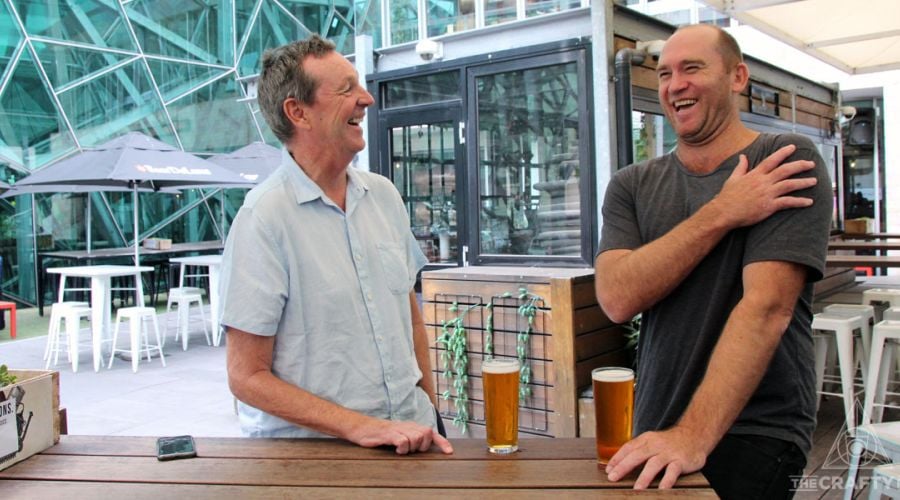 Fundraising brewing company Brewmanity is set to embark on its most ambitious venture yet in support of FightMND. Beer March aims to raise tens of thousands of dollars throughout March. We caught up with David Neitz and Neale Daniher to find out more. read on