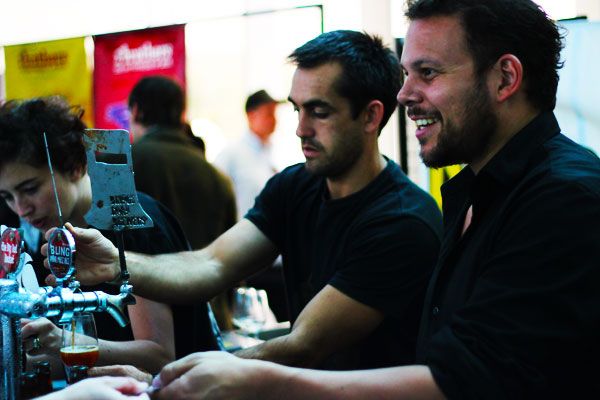 The Bridge To Norway

Ben Kraus makes no secret of his love of saisons. Not only does he make one of the finest available on these shores as part of Bridge Road’s Chevalier range, he’s produced variants containing quince, elderflower and blueberries. What’s more, he’s just marked his brewery’s sixth anniversary with the Saison Noir, a rare dark twist on the traditional French / Belgian farmhouse style. And now he’s off to Norway to brew a truly unique saison alongside one of the world’s leading craft brewers, Kjetil Jikiun of NÃ¸gne Ã.

Already in Europe for the Great British Beer Festival, Ben heads to Grimstad, in Norway, this week where he will join up with Kjetil and a delivery of Australian Galaxy and Stella hops sent especially for the brew by Hop Products Australia (HPA).

“I’d been talking to Dave Andrews at [beer importers] Innspire about whether Kjetil was going to come to Australia,” he says. “Every beer of his that I’ve tried has been awesome for one reason or another; really high quality. The idea was thrown up at Beervana last year but didn’t come about because he’s so busy.”

Ben, who trained as a brewer in Europe â at the Tiroler Brewery in Innsbruck, Austria â said he was keen to do a brew in Europe and was put in touch with Kjetil. Somehow, the NÃ¸gne Ã founder managed to clear a space for the joint brew in the his brewery’s schedule and Ben set about sourcing some uniquely Australian ingredients to ensure it was a truly international collaboration with some Aussie flavour. 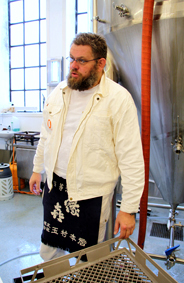 Kjetil Jikiun at his Grimstad brewery

“We got talking about what beer we’d make and didn’t want to do something that everyone’s making,” says Ben. “I told him I was a saison fan and enjoyed his. When it came to talking about what I could offer, I had no experience of using native herbs and spices and no positive experiences of beers using them in Australia either â and I didn’t want to just do something with kangaroo fur in the kettle. I spoke to HPA and they decided to send some Stella [a new hop variety developed in Tasmania] and Galaxy to Norway at their expense.

“His end of the bargain is that he’s a great brewer that makes good beer; what I bring is Australian hop varieties that aren’t available in Europe so it’s a great opportunity for him.”

As for the beer, they decided to aim for an IPA-style saison. Sadly, the chances of any of it making its way to Australia are very slim. On the plus side, Ben hopes to entice Kjetil Down Under for a return brew at Bridge Road, something we’re hoping could coincide with Good Beer Week 2012. Fingers crossed all round.