While their brewery boasts an undeniably idyllic location, operating a brewery four-and-a-half hours from your major market does come with challenges. So, for Denmark’s Boston Brewing Co, the solution was to launch a bespoke outpost in Victoria Park, just 15 minutes from Perth's CBD.

Situated at the locally renowned "peanut roundabout", Boston Vic Park is a craft beer bar dedicated to showcasing the Great Southern brewery. While there are no plans at this stage for onsite production, there will be regular limited and collaboration releases on offer for Perth punters that pour from 24 taps lining the ground floor bar with a further eight on the mezzanine level. Takeaway beer and growler fills are available too.

Beyond beer, the new venue also brings other products from the Great Southern to town. The wine list focuses on West Australian producers, including a selection of natural offerings, and the kitchen serves up a similarly local vibe that features Boston beers and indigenous ingredients throughout – Boondie Pale-marinated Drunk Fried Chicken with saltbush anyone?

On entering, the forward bar splits the vaulted space with lower seating to the left, booths and higher tables to the right. A textural mix smartly references different Australian design eras while remaining crisply modern.  Outside seating is already in demand; however, as the weather cools, the fireplace will likely become the venue’s hub.

“I had to have that!” owner Jess Fowler says, rubbing her hands together with glee.

The venue was three years in the planning, with an 18-month build brought to life by Hillam Architects, Design Theory and the Aurora Project Group. Jess describes the design brief as, “approachable, comfortable and welcoming”, something that can provide “the missing link between Vic Park and East Vic Park”.

It’s an evolving strip that pulses with multiculturalism and one that's increasingly becoming a destination for beer lovers. Equidistant between generous walking distance neighbours, The DTC and the Balmoral, the surrounding streets swell with slowly restored weatherboard cottages and small format new builds, the latter of which have brought density.

The Fowler family have been involved in Victoria Park for the past 35 years and, as Jess says: “We really want to add to the area.”

A passion for their community has already been demonstrated in Denmark over the past nine years. Founded in 2011, Boston Brewing Co now brews around 400,000 litres a year at the site it shares with grape-based sibling Willoughby Park, and the venue has collected multiple tourism awards along the way.

Drawing a link between old and new, the original brew kit – although not operational – now residues underneath the stairs in the Vic Park site, a beery talisman of Boston’s growth and a copper charm that will likely see Boston Vic Park flourish. Bo Gurks is a new bar in Melbourne's southeast with a nonsense name but serious dedication to craft beer. We chatted to founder Jarred Turnbull and the team at nearby Alice Rebel's to hear how Bayside residents are embracing local. read on 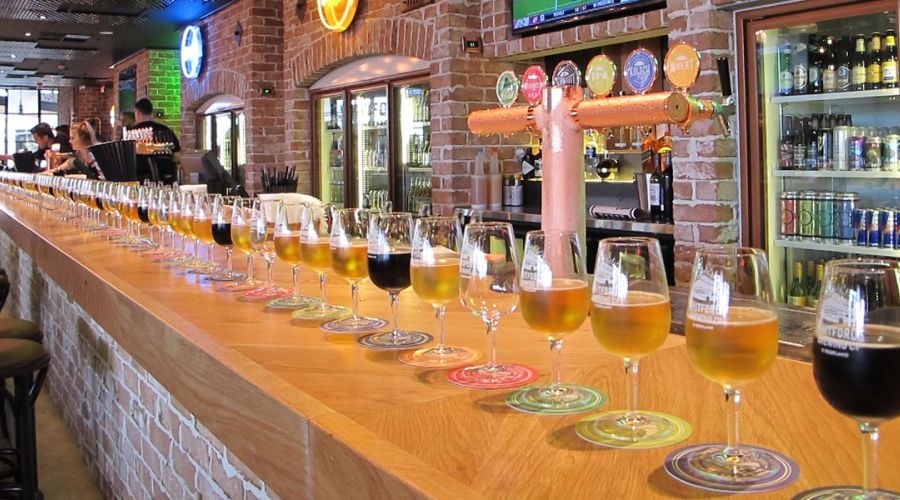