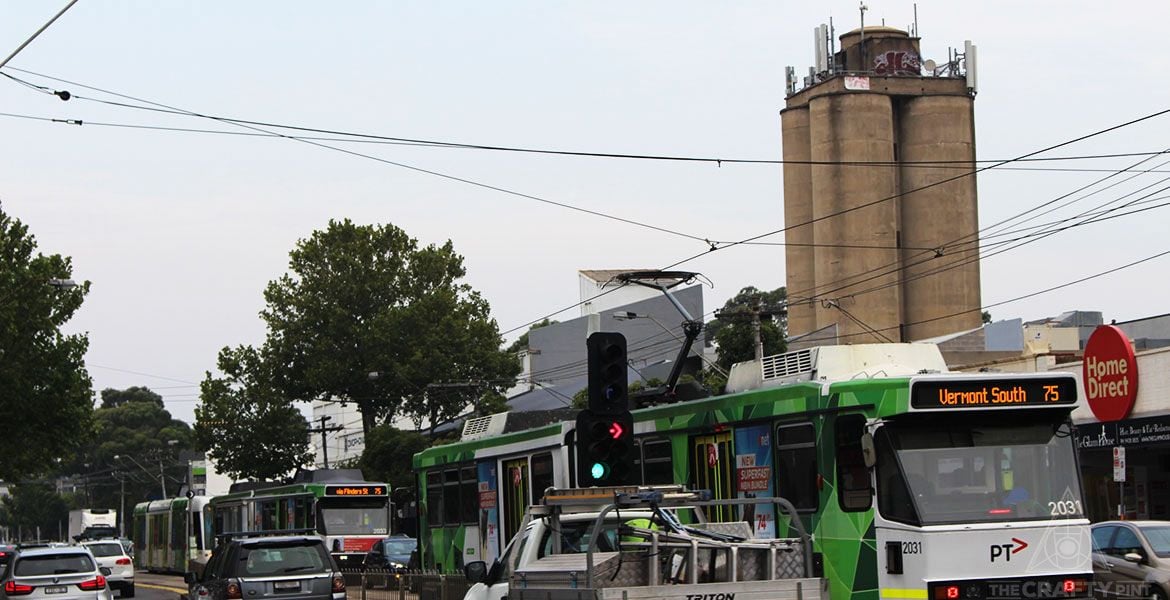 If Richmond had a nickname, it would 100 percent be “The Sporty Suburb”. This place has ties to practically every massive sporting event in Melbourne, from the AFL, rugby and soccer to the cricket, tennis and basically every other non-aquatic sport you can think of (although – fun fact: Richmond does have Melbourne’s oldest 50m indoor swimming pool).

Due to this proximity to all things athletic, it’s unsurprising Richmond also boasts a rather extensive collection of pubs, bars and breweries for pre-game, post-game and really any-time-of-the-week beers.

In recent years the suburb's craft offerings have grown considerable too. When we first ran a guide to the area back in 2016, we combined Richmond and Abbotsford; a task that now seems impossible after the number of venues with better beer lists in both suburbs has grown so much. We'll publish the updated Abbotsford article out soon but, for now, let's see what Richmond has to offer.

Of course, with the suburb encompassing Swan Street, Bridge Road and Victoria Street, your options are varied, but we know of a few that aren’t to be missed.

The Cherry Tree Hotel technically belongs on the Cremorne side of the train tracks, but that won’t stop Richmond locals from making the pub their local. What's more, if we're honest, hardly anyone knows where Cremorne is.

This street corner pub (fun fact number two: only two Richmond pubs don’t reside on corners) maintains a well-stocked fridge and keeps most of the 22 taps and hand pump on high rotation, with a mix of both local brews and occasional international craft offerings. Couple that with their range of wood-fired pizzas and a much renovated ex-brewery hopinator called the Hop O Matic 4000, and you’re in for a damn good start to your wander through the east.

What's more, it's where the owners and crew from the legendary GB moved once a rent hike forced them out and they brought with them their magical sprinkle of fairy dust, one that makes the pub more than the four walls, beers, food and off kilter accoutrements inhabiting every nook and cranny. Look out for madcap events throughout the year, such as a piss-taking Melbourne Cup on pushbikes, as well as a big Good Beer Week after they took on Regional Victoria's brewers for the week and made it a must-stop venue for any PoO Crawler.

Swan Street’s Beer & Burger Bar is just that: a down-to-earth Richmond bar serving up beer and burgers. Pretty faultless business model, really, but these guys have definitely done their due diligence to make sure they’re offering something special.

We’re talking really good burgers, which use unique ingredients without becoming pretentious, and a craft beer lineup of eight taps that rotate regularly. The only staples here are their two Coopers brews and their cider: everything else is there for a good time, not a long time.

Tuck in at 112 Swan Street, Richmond

Walking by this rather fancy looking Bridge Road restaurant, you might be surprised to learn Kekou boasts one hell of an impressive beer list. Great cocktails: sure. A super long and internationally-influenced wine list: of course. But craft beer on tap? This place is seriously full of surprises, and actually offers 18 taps, pouring beers from Victoria, Australia and the rest of the world.

Even more impressive, they change the taps every two weeks or so, ensuring new brews are always on hand for the regulars. And if you do decide to stick around for dinner as well, we guarantee you’ll fast become a regular yourself, with the menu featuring amazing small and large dishes from across South East Asia.

Give your taste buds a workout at 396 Bridge Road, Richmond

Uitgang Bar & Beer Garden is a home away from home for the Exit Brewing team, who joined up with fellow beer lover and Richmond dweller David Pike to create a Bridge Road bar celebrating all things local and independent. So, while you'll find a few Exit beers on tap at any time, you'll also find a broad array from their mates in the local beer world – plus wines and spirits from small, independent producers too.

They host regular fun beer events, often designed to highlight the importance of freshness in hoppy beers, and the bar comes with a handy surprise: head out the back and you'll find a sweet little beer garden that fills up through the warmer months.

Beer stores that also have a few taps on hand are becoming quite the norm these days. You can stop by, sample a couple of unique draught beers, then head on home with an armful of crafty cans you probably won’t find in your regular bottle-o. Beer 360 on Bridge Road has a particularly impressive catalogue too, with some 800 local and imported beers and ciders available to complement their four rotating taps. The space on 468 Bridge Road occupies a particularly important place in craft beer history too, having been the second home to Slowbeer for many years.

With a friendly and super-knowledgeable team behind the bar, don’t be at all surprised if that five minute pop-in to grab a six-pack turns into an impromptu beer class where you spend an hour sampling all four beers on tap and learning the story behind each and every item on the shelf. And, if you get hungry at all during this process, don’t worry: they also serve up some classic bar snacks like nachos, charcuterie boards and hummus.

No beer trip to Richmond is complete without a visit to one of Australia's craft beer pioneers, Mountain Goat, which is nestled away in the back streets of Richmond. The large warehouse brewery and bar lures beer lovers and tourists alike when it opens, which is no surprise given it’s the best spot to find Mountain Goat’s seasonal and Rare Breed releases on tap, not to mention regular events, whether that's oyster pairing, single keg brewer face-offs, food trucks or something entirely different.

The city's beer scene wouldn't look like it does without the ground-breaking work of Cam, Dave and their team from the late 90s on so, if you've not done so yet, pay a visit to the place that helped kickstart many a craft beer journey. They've even installed a still there so look out for spirits created in-house too...

Get your Goat on 80 North Street, Richmond

The next walk is an easy one. In fact, among friends of Crafty, there's a belief that the real Melbourne Shuffle was never this, but instead the walk across the road from Mountain Goat in the direction of the red neon sign that hangs above the door of one of Richmond’s hidden gems.

The Roy is a favourite among locals – as well as Melbourne brewers – and owners Ed Harley (who used to manage the place before returning as owner and now runs The Park in Abbotsford too) and Sam Howard (who used to run Mountain Goat's venue) have taken a bar that was a solid craft beer venue and added that little bit more polish through touches such as women’s bathroom stalls that actually lock.

The food menu is classic pub fare done right, and the beer list is nothing short of drool-inducing, thanks to a rotating lineup of some of Australia's best breweries.

Tucked down the bottom of Burnley Street is Concrete Boots: a local hangout with craft beer, local wines, classic cocktails and food designed to accompany all of the above. The name's a reference to the suburb's less gentrified past, when the area was the domain of Squizzy Taylor and Co's racketeering, bootlegging, two-up hosting and general nogoodery.

Today, you needn't commit any crime to pull up a stool at Concrete Boots, enjoy one of the many local beers on offer from one of 12 taps, or get ready for a game of pool. The bar's close proximity to Burnley Station makes it very much a local's local so if you're new to the area, don't be surprised if you find your feet a little weighed down when you need to leave.

Also nestled in this riverside pocket of Richmond is the somewhat-enigmatic Burnley Brewing. Head brewer Michael Stanzel honed his craft in Germany, where he spent years learning to brew the traditional German way before returning home to Melbourne. As such, it’s a safe bet that, at any one time, you’ll find Burnley pouring more than a few Reinheitsgebot compliant brews. But that doesn’t mean Michael doesn’t eschew tradition from time to time to bring you mango IPAs, fruit-heavy sours and other new world concoctions that would make diehard German beer purists look on in horror. At Burnley Brewing, you get a little from column A, and a little from column B.

However, Burnley isn’t all about the beers. Housed in what was once Romulus & Remus, Burnley owners Neil Mills and Phil Gijsbers have retained the Italian focus of the site’s former inhabitant, and serve a range of house-made pastas and pizza from their talented kitchen. Sure, their menu also features more traditional brewpub staples like burgers, steaks and parmas but we challenge you to try their hand-rolled gnocchi and not think it the perfect accompaniment to their flagship pale ale.

If you're still in need of other options, or beers to take home, you can check these out: