Modus Operandi might have built their reputation upon their talent for knocking out top notch IPAs but next week sees one of the brewery's founders taking aim at a rather different part of the beer world. They're launching NORT, a non-alcoholic beer, nationwide in Dan Murphy's and BWS stores.

The launch will complete a whirlwind project for Jaz Wearin, who launched Modus in the Northern Beaches with husband Grant in July 2014, following a middle of the night epiphany around ten weeks ago.

"I just woke up and it came to me – I really wanted to do a non-alcoholic beer," she says.

"There's something about having a baby [theirs is now two-years-old] – you get full of these creative ideas. You don't get much sleep for a start! Having a family and wanting to be active and still working six days a week and knowing you can't always back it up... this is my balance piece."

As well as creating a beer without the downsides that can come with alcohol, Jaz says reflecting on the year we're living through and the ability of COVID-19 to have people reaching for a glass or bottle earlier and more often than they might was also a driving factor. As were the times she'd craved a beer while pregnant and a desire to give drinkers a local option at a time when a willingness to support local has never been greater.

"I love beer and that's my thing," Jaz says. "And you've got to find some balance as this uncertainty [from the pandemic] isn't disappearing."

NORT will be entering a rapidly growing sector of the industry. We wrote about non-alcoholic beers just a few weeks ago, since when Big Drop's award-winning beers have landed in Australia from the UK and CUB have launched Great Northern Zero.

In announcing the new beer, Jaz points to a younger generation that's seeking non-alcoholic options more than any generation before and helping make non-alcoholic beer the fastest growing sector in the drinks space in Australia.

The recipe was developed by Matt Hogan, the brewer who recently joined them from Hope and will head up their forthcoming Newcastle brewery, with the aim being to create a beer they'd be happy to associate with the Modus Operandi name.

"Matt has a lot of experience writing recipes," Jaz says, with the result a "refreshing ale" she says "certainly isn't too much for the person into the deeper craft world" yet still offers enough to satisfy those who are but are in need of a non-alcoholic option.

In a break from Modus tradition, NORT also comes in bottles not cans, while decisions on whether it will be the sole non-alcoholic offering or the start of a range are for another time. Given they've got a second brewery and venue to build at the same time as launching a new brand, that's understandable.

"It's been a wild ride," Jaz says, capturing the feelings of everyone in the Aussie beer world right now.

NORT hits Dan Murphy's and BWS stores from next Wednesday and indie retailers after that. 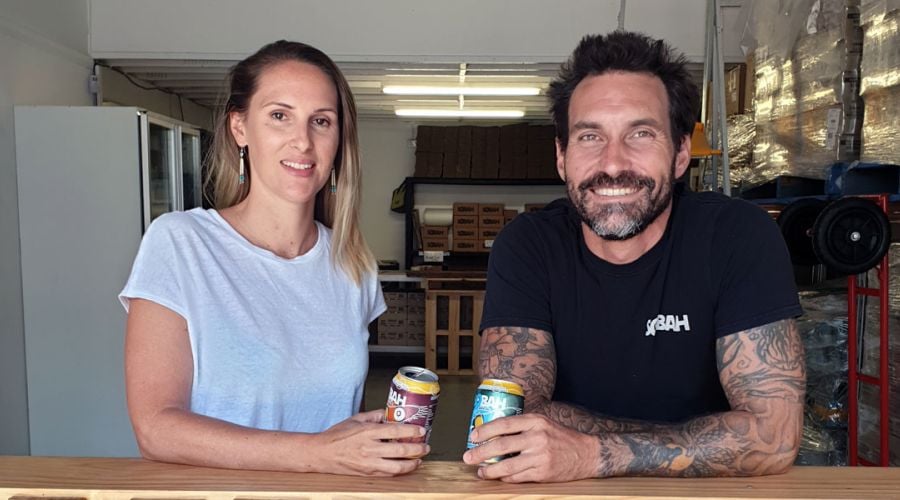