The unique circumstances of the past ten months might have slowed the pace of new brewing companies in Australia but, as 2020 nears its end, new outfit 22 Paces are launching their first beer across Tasmania.

Co-founders Steve Tully (above left) and Alec Eiszele (above right) met while working in different departments at a large utility company in the state and soon found their meetings descending into the same topic: craft beer. So, before long they hatched a plan to share their passion with the broader community.

Steve’s homebrewing credentials speak for themselves.

“I have been brewing at home for a little while now,” he says. “I was awarded State Champion Brewer this year and then just found out one of my beers won the National Title in its category this week.

“We have brewed our first release out of Miners Gold in Northern Tasmania with head brewer Stu Grant [also of Ocho]. Working with Stu on upscaling this recipe was a fantastic experience, his attention to detail was superb – moving from 30 litres to 1,000 litres isn’t just a matter of increasing all of the quantities!"

22 Paces' first release is a West Coast style XPA, coming in at 5.4 percent ABV. Pouring a light golden colour with mango and papaya on the nose, there's a pleasant biscuit flavour reminiscent of the true West Coast beers of old balanced with a fruit salad finish and a pleasant lingering bitterness. Extremely drinkable, this debut is a great example of an XPA that is "extra everything" rather than just "extra pale".

As the duo prepares to put the beer into Tassie drinkers' hands for the first time today, we invited Steve to feature in our long-running Who Brews...? series.

Steve Tully (co-owner and brewer) and Alec Eiszele (co-owner).  Previously, as in still currently, we work at TasNetworks In Tassie.

Gypsy brewing at Miners Gold with Stu Grant. Looking to brew at multiple locations around Tassie.

Initially, to save money on purchasing craft beer. Hahahaha! Oh, how that has failed.

Many years ago, I always loved Feral Hop Hog. That was no doubt my go-to beer. Slowly, as craft beer was being entertained throughout the world, I was leaning towards anything that had IPA in the title.

22 Paces is the number of steps it takes to get from the couch to the bar fridge at my in-laws. I’m a numbers guy and just count random stuff. It was always 22 steps to the fridge, and the saying, “Anyone up for a 22 paces?” became a familiar catch cry in our household no matter where we were.

See as we have only released the West Coast Style XPA, I’d have to say this one! We love hazy pales, NEIPAs, American pale ales … and many more.

Holy Holy or DMA’s without a doubt. Fantastic Aussie bands!

A lot of Ocho, some Spotty Dog, and bit of Deeds. Might be a couple of collabs in there too.

OCHO Winter – seasonal IPA in the purple can – which will go down as my favourite beer this year without a doubt.  The collab between Deeds and Ocho, called Woolly Mammoth, is also extraordinary.

Currently on tap at Preachers and Tom McHugo's in Hobart. And Saint John Craft Beer Bar in Launceston.

Most 9/11 bottleshops are stocking it across the state, and Cool Wine in Hobart are also onboard. Great selection there.

You can find other entries in our Who Brews...? series here. For more on 22 Paces, head to their website. 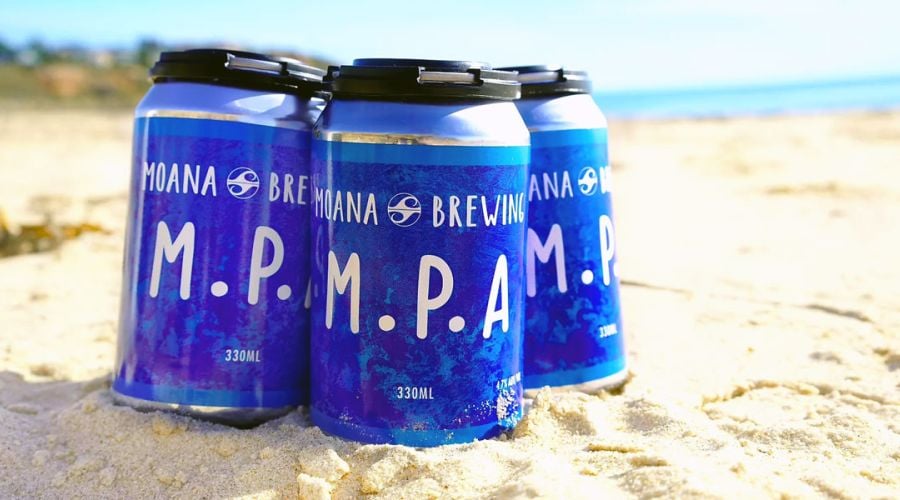