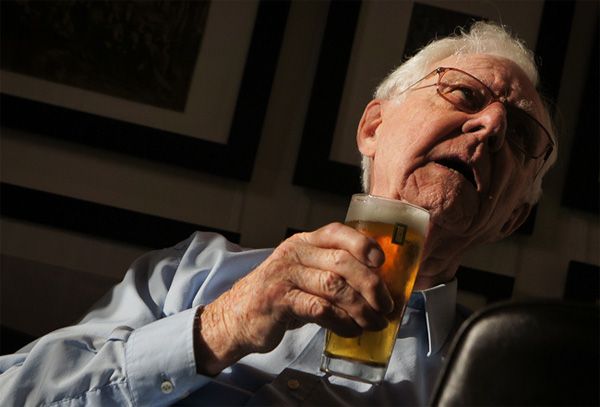 He’d already spent long weekends in Victoria’s State Library digging up every piece of information he could find on the history of brewing in Australia – and even employed a PhD student to help with his research – when Philip Withers stumbled across his Holy Grail. Ducking into a second hand book shop on Melbourne’s Flinders Street, he asked for any books they had on beer. Instead, he was given books on wine and was about to leave disappointed when he spotted The Breweries of Australia by Keith Deutsher on the top shelf of the food section.

“I bought the book and quickly read every page,” he says. “I rang the publisher and bought the last five copies in their warehouse. I had to have them signed by the author, so l joined the Victorian Beer Label Collectors' Society and went to countless meetings until Keith turned up. We had a great chat. And l received a thorough grilling when l mentioned l would start my own brewery. ‘What was the brewery’s mission? Are you going to be marketing? How? Quality control… you do know, don’t you, that they never had quality control in the old days?’”

Thus Keith became an unofficial adviser to what, this year, became Thunder Road. And, as a sign of gratitude, Philip returned the favour by naming the library in the brewery’s onsite bluestone cottage thats crammed with beer books, antiques and memorabilia “The Keith Deutsher Library”.

Philip, who credits the book with helping get his beer project over the line, says: “Keith is a very intelligent, practical gentleman with an extraordinary ability to focus on a task and get it done. And, at a reported 90 years young and gearing up for the second edition of the book in 2012, is a total inspiration.”

The book documents in incredible detail the history of hundreds of Australian breweries and examines why they rise and fell. All 10,000 copies sold long ago, but an updated version including an expanded section on the craft beer industry – Keith tells us there have been 206 microbreweries launched in Australia since 1984 of which 79 have since closed – is scheduled for release next February. 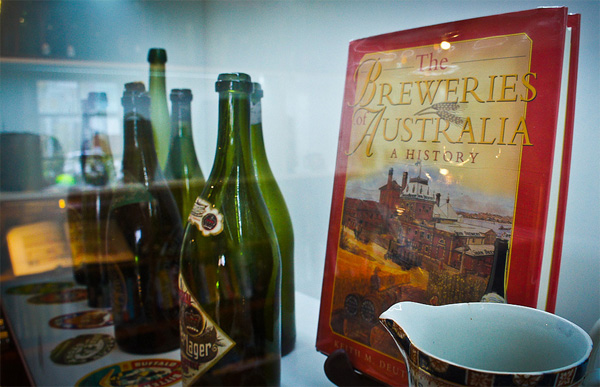 Keith’s book on display in the library

“Beer is a very important industry in Australia,” says Keith. “It employs a lot of people and has a flow on to other primary and secondary industries such as the growing of barley and hops, the manufacture of bottles and the pubs that people work in. It’s an important part of Australia’s economy.”

On the overseas takeovers of recent years, he says: “I see that there will be a continuance of the major breweries throughout Australia of long standing even though ownership has changed. The brands that have become well known over generations will continue.”

Keith, who admits to having less interest in actual beer than the breweries that make it, began studying the beer industry after first collecting old Australian wines and later beer bottles and labels. He has also donated a huge collection of Wedgwood pottery gathered over 60 years to the National Gallery.

As for Aussie micros, he sounds a note of caution.

“The recent emergence will continue to expand but won’t be long-lived, because similar to 100 years ago when there was a contraction in the number of breweries in Australia, the same will happen to the microbrewery industry,” he says. “There will be too many to service a demand that’s not increasing and yet is being challenged by new brands introduced as competition.

“The foundation of boutique breweries is based on how to make beer and make chocolate and coffee beer: ‘We’ll have it light, dark and any colour we wish!’ The breweries have had considerable excitement in bringing out something new – cherry beer or ginger beer – and an enormous variety of flavours and types. Not necessarily will all these wonderful new brands sustain. The public will be interested out of curiosity to try them, but the main issue here is the marketing and sustainability of the acceptance of these products. There will continue to be a rise in the near future and then a decline as I don’t see it growing to overwhelm the major breweries.

“The experimentation is interesting and exciting but unfortunately human beings as we are we like to taste and try and sample but then go back to the one we had before.” 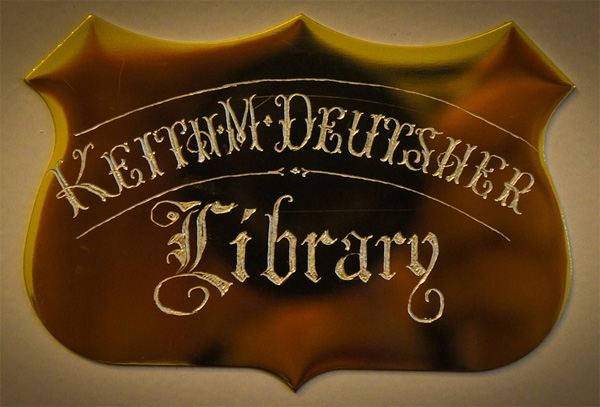 Whether the Australia craft beer industry can, along with its counterparts in much of the rest of the world, continue to grow and break the pattens of history remains to be seen. While we have fun finding out, if you’re someone interested in that history, the library at Thunder Road is a place you should be able to wile away your spare moments for many a month.

“This is a library filled with wonderful books and rare antiques about brewing and respect,” says Philip. “It’s a beer geek’s paradise and an absolute wonderland of memories from the breweries. Keith’s efforts inspired me to read more the old fashion way: turning pages, sitting quietly in libraries and experiencing the past for the future.”

(All photos courtesy of Thunder Road)