Well, once again, it's been real. At least for those of us at Crafty Towers working on the poll this year. Given the unique circumstances of the time, we tweaked our approach a little to supposedly make it easier on ourselves and yet still found ourselves working late into the night through the week, then from early on countdown day, and still crunching stats more than two hours after the number one was announced. But, hey, it's all good fun, no?

Before we get into this analysis article, if you’d like to read our rolling coverage and the live analysis, background and factoids we posted as the results came in, head here. For an unadulterated version of the H100 table, head here, and for beers 101-100, the top indie beers, and highest new releases, GABS have what you need.

So, what did we make of the way the cards fell after the votes of nearly 40,000 people were counted?

Once again, congratulations to Rich Watkins, Tracy Margrain and the entire team at BentSpoke for taking out the number one position after three years at number three. It’s the first time an IPA has topped the poll since Hop Hog won it in 2014 but, since then, Feral's trailblazer beer has been recategorised as a pale ale.

Tally all the IPAs, pales, XPAs, and other pale, hop forward styles in the top 100 and it's clear where the sweet spot is for the wider craft beer drinking population sits – almost 75 percent of them fit into this loose category. Lagers have continued their resurgence too, registering 11 in the H100 as they did in 2019. When it comes to dark beers, even if you include the three red IPAs, you reach a mere six.

Likewise, though many breweries operate barrel programs and the impact oak (and age and bugs) can have on beer excites a lot of drinkers, it's once again left to Ballistic’s Oak XPA at 39 – made with oak chips – to find anything even vaguely wood-related. Beyond that, you need to look at the Next 100, where Stone & Wood Tequila Queen (132) and Your Mates King Donnie (165) received some barrel treatment.

It’s not just certain styles that dominate, but tinies too. With Burleigh’s Big Head in cans since November, there’s now only two that are exclusively in bottles: that brewery's Twisted Palm and Heads of Noosa’s Japanese Lager. This compares to 2014 when there were only four in the top 100 in cans, and just goes to show how far the tinnie has come.

The list seems to be consolidating somewhat, with 41 brewing companies featuring in the Hottest 100 this year, down from 47 last year. Drill down from that and you find 11 breweries are responsible for 55 entries; 16 account for 70 of them.

Some breweries absolutely dominated: Black Hops and Capital landed seven each, while and Balter, Ballistic and BentSpoke scored five beers in the top 100, suggesting that, if you want to do well in the Hottest 100, you should consider starting your brewery with the letter B. Or, to a lesser extent, C. Beyond that, there were four beers in the 100 from Brick Lane, Bridge Road (more Bs!), Hawke's Brewing Co and Moon Dog.

Having said that, there were plenty of examples of recently-released beers crashing the party, including core range offerings like Capital XPA (13), Modus XPA (23) and Brick Lane Draught (53). Limited releases from popular breweries also made the cut, such as Black Hops’ Neverland Hazy IPA and Balter and Garage Project’s collaboration Dry Haze. The just-launched Cronulla Beer Co’s Next Level XPA made it to 52, while Beerfarm's appearance at 18, Dainton's trio of hazy IPAs, and Bad Shepherd's Peanut Butter Porter at 100 are all worthy of acknowledgement.

Some in beer circles might be surprised by Cronulla's appearance, as well as by the success of Hawke’s Brewing, who ran a high profile campaign backed by cricket legend Merv Hughes that helped them secure those four spots, compared with none in any previous year. One of the surprise high achievers of last year’s poll, Beach Beer Bondi, however, slipped out the 100 with their top beer at 190 despite running as fun a campaign they have in the past.

We've already covered the ACT big-hitters' success above. Aside from that, as in the past couple of years, Queensland has continued to dominate. Sure, with 27 entries for the state, there were two fewer beers compared to last year, with Victoria running them close at 25, yet half the top ten beers came from breweries from the Sunshine State. And how mad would that have sounded if you'd predicted it a few years ago?

What’s more, Black Hops managed to get seven in the top 100 with Ballistic, Balter and Your Mates all securing five. It shows these breweries know how to get out the vote as well as brewing beer people enjoy.

There were some noticeable absences, however. The Northern Territory fared well in the 2018 when One Mile landed four in the list following a strong local campaign, but none of their brewers made the top 200. It was a similar story for Tasmania, which hasn't graces the Hottest 100 in years despite the strength and diversity of the brewing scene on the island.

The tyranny of numbers appears to have worked against SA and WA brewers too, with both states' representation largely in the hands of their biggest operators. In South Australia, Coopers scored three of their five, with one from Pirate Life and just the single indie brewer presence courtesy of Big Shed. As for WA, Biggie Juice may not have performed as well as its sales in the state suggest, although the stirring result for Beerfarm's Royal Haze was a standout, as Nail's VPA and Rocky Ridge's Rock Juice – both much-loved WA beers – sit shoulder to shoulder at 122 and 123.

There were some H100 fixtures that missed out this year: for example, cult classic Vanilla Milk Stout from Thirsty Crow dropped out of the 100 to register at 172; it's the first time since 2011 the Wagga Wagga brewery’s beer hasn’t been in the top 100.

Green Beacon have left from the list too, with the brewery’s Wayfarer dropping from 71 last year to 115. As we’ve noted in past polls, ex-indies can suffer a real drop in support, although fellow Queenslanders and Asahi/CUB stablemates Balter haven’t suffered the same fate. On the other hand, Pirate Life are back in the list after a year’s absence, although the sessionable 4.4 percent ABV South Coast Pale Ale is a rather different proposition to 2016’s second placed beer IIPA.

It’s not just non-indies that have fallen, though. There will be plenty wondering why the hop lovers at Fixation only made it to 143, down from 70 last year, or asking where the hell the likes of Mountain Culture, Range, Rocky Ridge, Mr Banks or One Drop are. That said, the last of those just missed out with the outrageous Double Vanilla Custard Pancake making 101.

At the end of the day, when a poll reaches this far, when breweries with good reach and a desire to motivate their fans to vote get serious, and when the majority of Aussie craft beer drinkers still favour pale, hoppy beers around 5 percent ABV, then if your favourite brewery focuses on eye-catching limited releases and doesn't put much focus on the poll, it doesn't matter how awesome their small batch hazy DIPA is when it comes to a nationwide popularity contest.

Until next time (here's some more stats)...

Photo at top by the GABS team. The Crafty Pint kicked off the BecauseWeCAN series in April as a means of examining some craft beer's weirdest releases. Now, with the a festival that celebrates outlandish beers returning for 2021, we've taken the concept to GABS. read on 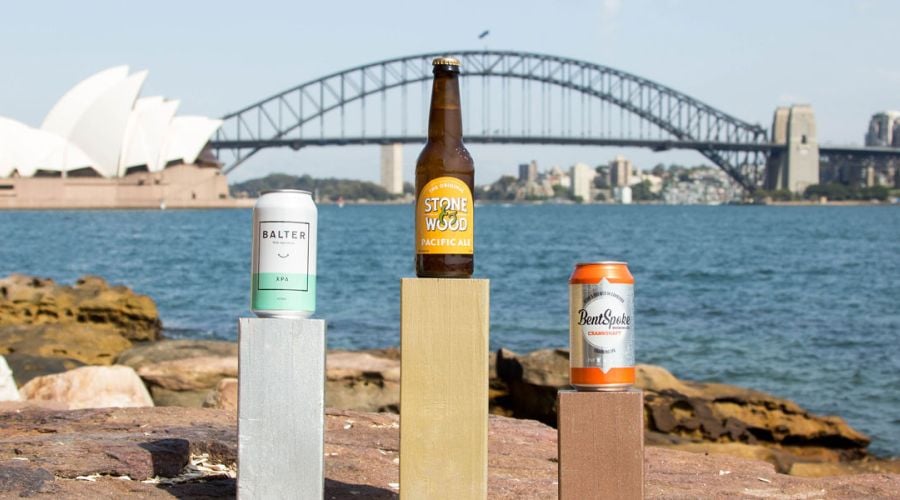 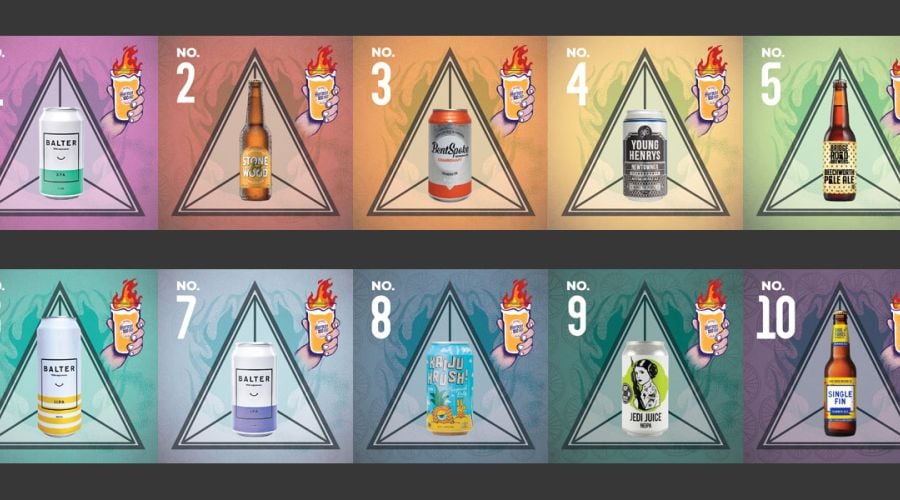