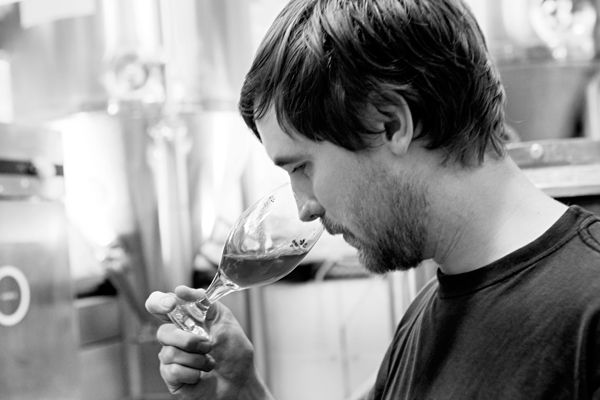 In the red corner, a legend of the Melbourne craft brewing scene. In the blue corner, one of the most exciting talents from the world of beer. In the middle, 30 of you, seated at a table in the shadow of big steel tanks, sampling beers from both brewers alongside food created specially for the occasion by some of Melbourne’s top young chefs, while a brand new beer is brewed for the very first time. Sound like fun?

We certainly think so, what with the person in the red corner being Dave Bonighton of Mountain Goat and the person in the blue being Mikkel Borg BjergsÃ¸, the two of whom will be joining brewing forces for “The Gypsy and The Goat”, a Crafty Pint event taking place at next year’s Melbourne Food & Wine Festival.

It’s the brainchild of beer journo and friend of Crafty Chris McBeer, who says: “The idea came from our initial meeting with the MFWF people when they told us that Rene Redzepi was lined up for the festival. No self-respecting beer geek can think of Denmark without automatically thinking of Mikkeller. And as soon as you think of Mikkeller then you think of his gypsy brewing philosophy and the idea of him doing a brew here. Asking Mountain Goat to be involved was a no brainer.

“The wine industry has been doing dinners on the cellar floor for years and I thought this would be a great opportunity to combine food and beer while giving some lucky punters the chance to watch the brewing process then sit down with brewers to talk about their beers.”

So we spoke to Goat, approached Mikkeller and, hey presto, the plan was hatched. On March 7, a handful of beer lovers will get to enjoy a unique experience on the Mountain Goat brewery floor, in the company of the two brewers and their beers, while enjoying food from the 36 Collective, a mysterious Melbourne “organisation” that pulls together young chefs and support staff from the city’s top bars and restaurants to put on one-night-only events.

“We were stoked to be approached to do a collab brew with Mikkel,” says Dave. “He sits on the bleeding edge of craft beer. It’s always a treat to open up one of his brews. I think Australia’s really catching up with what the rest of the craft beer world is doing. When we first started this brewery we always looked overseas for inspiration – now it’s also right on our doorstep. 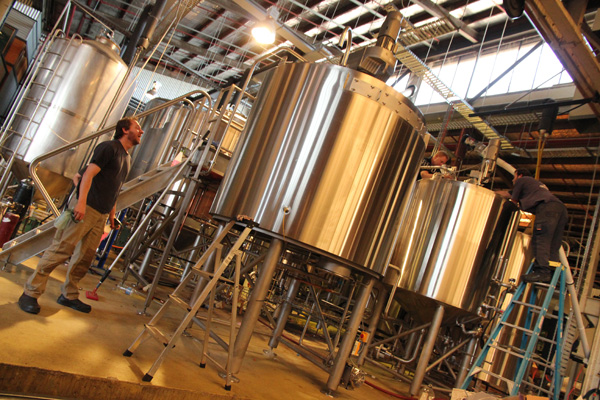 “As for thoughts on what we’ll brew – we’re really excited to brew either an Australasian Lager, or a lo-carb/light beer… But seriously, we haven’t narrowed it down any further than something ‘out there’.”

Tickets don’t go on sale for the event until December 2 (in fact, we didn’t think we were allowed to talk about it until then, but turns out we can). They’ll cost $150pp, which will include a beer degustation featuring Goat and Mikkeller beers on the brewery floor as well as the chance to get up close and personal with the brewers as they make their brew. We’ll no doubt think up some other nice treats for those who come along too.

As for Mikkel, he says he’s “excited to go to Australia in March. I’ve never been before [but am] seeing a lot of stuff happening with beer right now. I definitely see things are ‘exploding’ in Australia. It seems like the interest in craft beer is growing rapidly every day. This is really exciting [as the] same things are happening in a number of countries in Europe.”

“I think there is something for everyone,” says Chris. “Great food, excellent beer and, let’s face it, for beer geeks Mikkeller is about as close to a rock star as they come.”

Don’t forget that Mikkel will also be appearing at the first ever beer MasterClasses to be run by the Melbourne Food & Wine Festival. The Crafty Pint is moderating two sessions, one looking at beers pushing the envelope of brewing, which will also feature brewers from Bridge Road, Murray’s and Feral showcasing their beers and telling you all about them, accompanied by platters of beer food. That’s on the afternoon of March 10.

The following morning, at 10am, is the Great Melbourne Beer Breakfast, where we’ll be lining up Mikkel and more top Aussie brewers alongside beers and ciders that are either enjoyed at breakfast somewhere in the world, share characteristics with the breakfast table or feature ingredients from the breakfast table – all matched to tasty breakfast dishes.

Tickets for each session cost $80pp or can be bought as part of MasterClass packages. They are limited to a maximum of 50 per session. Both sessions take place on the banks of the Yarra at the newly opened Boatbuilders Yard. Head here to buy yours now.