Fresh from winning Champion Beer at the Perth Royal Beer Awards for their Unbridled Unicorn, Blasta Brewing have received a $1 million grant from the Federal Government that will help fund their major expansion. Blasta founder and CEO Steve Russell (above right) says the funds will support the construction of a new production brewery in Belmont and accelerate the award-winning brewery's innovation and environmental goals.

“It’s been a hugely exciting thing for us and has been under wraps for some time,” Steve says.

“The new brewery was always part of our plan. We were always growing out of our current site as we’ve expanded three times, and we still can’t keep up with demand.

“We started designing a new brewery, all the design and specifications, in December last year and applied for the federal government’s Modern Manufacturing Initiative grant.”

Such grants are available across six categories encompassing Space, Recycling & Environment, Food & Beverage and others. They are awarded in line with Nation Manufacturing Priorities of developing new markets and a highly-skilled workforce as well as increasing scale, innovation and quality.

Blasta’s submission focussed on transformative technology and minimising the brewery’s environmental impact, in line with their goals of becoming B Corporation certified. Blasta's planned production brewery is a 4100 square metre site located in the Perth suburb of Belmont, close to three kilometres from their current brewpub and will include a 50 hectolitre, four-vessel Steinecker system, centrifuge, and Krones canning and packaging line. Due for completion mid-next year, the new site will allow Blasta to immediately hit 5 million litres of annual beer production and eventually expand to 10 million litres, with plans to create more than 50 new jobs over the next five years.

Some of the planned investment includes a tri-generation boiler which heats, cools and creates electricity, CO2 recovery systems which recover, purify and allow for reuse, energy storage and upgrading to electric cars. Blasta's existing Burswood brewery is supported by 40 kilowatt solar.

“This an opportunity for us to get the best of what is out there for the environment,” Steve says.

“We’ll be using technology not seen here in craft beer before, to reduce and eliminate where possible our environmental impact streams and aim for a circular producing economy, recovering and reusing as many waste streams as possible. The energy-saving equipment coupled with the cogeneration boiler and solar will allow us to be electrical energy self-sufficient.

“The full scope includes automation from the brewery hot side manufacturing, cold side completion and integrated packaging involving the substitution of various manual stages of the canning and packaging process with automated production line technologies.

"Front end engineering design is considering the implementation of Internet of Things (IoT) and collaborative robots (cobots) to contribute to the packaging process, freeing up valuable human resources to focus on quality, organisational growth and development of new beers.”

Steve adds that, although he's a firm believer in the importance of a brewery's core range, the expansion will also give them the flexibility to make more styles of beer. And, while the new brewery will be state-of-the-art, they'll still be doing the important parts of brewing.

“Some aspects are not automated," Steve says. "We will still have an artisanal, hands-on approach for key phases in the production process. Sensory, where you can influence the beer, that’s what we want to be in control of, then let automation lift grain, package beer, and all that sort of stuff.”

The expansion is an impressive next step for the former engineer who has gone from homebrewing in his kitchen to become a brewery and venue owner with a bulging trophy cabinet within just five years. Indeed, Steve will likely remember 2021 as one where the remarkable energy of his stewardship has really been paying dividends, including being recognised in the 40 Under 40 business awards in March.

“I’ve always been like this," Steve says. "When I lost my brother a decade ago, I lost direction and momentum for a good year before my eldest Logan was born.

"I’ve seen how short life can be, part of this deep down is driving me. I want to leave something for the family, long after I go, and I know how quickly things can change. But I’ve always had this drive, in my life and previous work, but here, I’ve also got the passion for beer."

Blasta were one of several Australian breweries to be awarded the second round of grants from the Manufacturing Modernisation Fund, with the other breweries listed here. 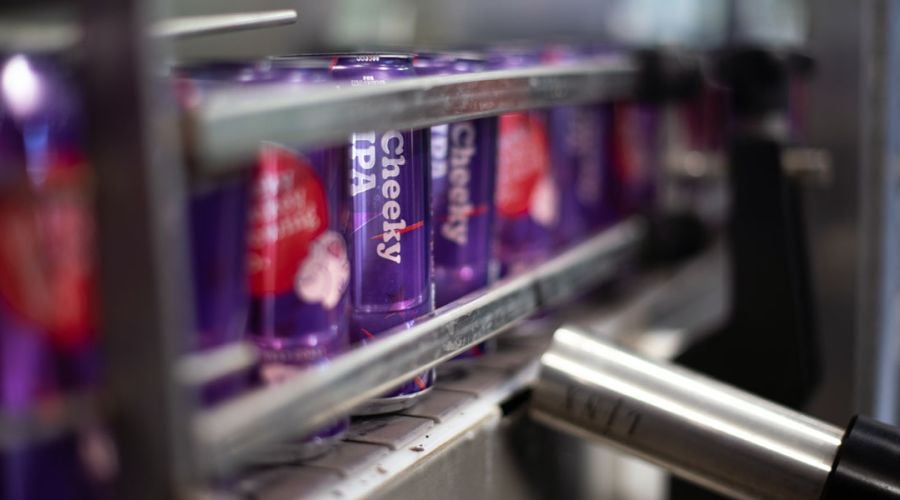