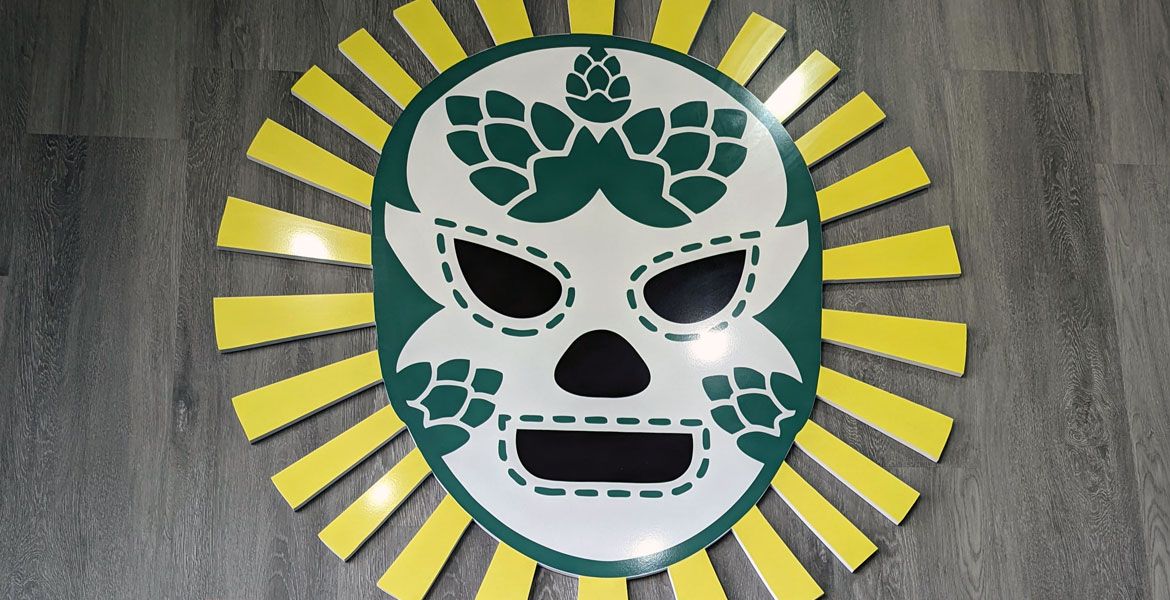 Tucked away in a 1960s industrial warehouse in the riverside Brisbane suburb of Seventeen Mile Rocks is Lucha Brewing Co.

For long-suffering public servants, Damien and Sandie Odger, who launched the brewery in early 2022, the brewery represents the achievement of a long-held dream. After decades spent fitting in and following the line, it's an act of rebellion and the opportunity for its owners to explore their creativity.

For the area of Seventeen Mile Rocks – and Brisbane’s western suburbs where breweries are light on the ground – Lucha Brewing is a welcome addition. Location, and the ability for people in the neighbourhood to be able to walk to the brewery, was at the forefront of Damien and Sandie’s minds when they were searching for a home for their brewery.

That search took years but, for the owners, the final brewery location ticks the right boxes.

The brewery is low-key, casual and designed to feel welcoming for patrons in the area. Damien, who brews the beers, emphasises drinkability and being able to put a few away in a single session.

For anyone grinding away in dreary bureaucracy or hustling madly in the corporate world, Lucha Brewing and their story look like the light at the end of the tunnel. Damien and Sandie aren’t looking for rapid expansion, they’re playing the long game, satisfied for now to make beers their community will enjoy.

To find out more about one of Australia's youngest breweries, we invited them to tell us more for our long-running Who Brews...? series.

We brew in the western suburbs of Brisbane, in a small riverside suburb called Seventeen Mile Rocks. The brewery is a warehouse in an old strip of industrial buildings. The industrial estate was built in the 1960s and because many suburbs have grown around it the brewery is an easy walk for people in the neighbouring areas.

To be creative! Our background is long-time public servants, where you follow the line and the letter. At our age, there’s a crossroads where it’s now or never for your dream. We decided life was too short… and did it!

Damien found craft beer in his own time but a beer that certainly piqued his interest was Newstead’s Liquidambar amber ale: he remembers thinking when he first had it: “Beer can be wonderful!”

He is a very curious person so went into homebrewing after that to understand more about brewing and how beer is made.

The name Lucha is inspired by Mexican wrestling. Our family is very geeky and loves pro-wrestling. We wanted the brewery to be fun, colourful and not to feel too serious.

Damien: All my beers have a bit of me in them. I like my beers to be drinkable where you don’t need to stop at just one. The aim is to create beers that let you sit, relax and enjoy.

It’s mostly music from the 1980s to the present: chilled-out would be the best way to describe it. But it’s not about the music, it’s about the beers.

My fridge is full of homebrewed IPA, which I’m testing. I’ll always have IPAs in there somewhere.

Having your own brewery means that you will mostly have your own beers on tap and in the fridge. While I haven’t tried too many new local beers, the best interstate ones I’ve had have been from Black Sheep Bottle Shop. Sandie likes the Straddie Brewing Co lager and IPA.

At the moment, our beers are in our taproom only. We’re a small scale, 100 percent family and self-funded operation and we’re taking it slowly. In time, we’ll hopefully have our beers available in other local businesses and always keen to talk collaboration.

For us, the dream has already half come true. Having lived in the area for a long while, we’ve always wanted to provide people with a place they can go for a drink, relax and connect.

In ten years from now, the dream would be to still be in Seventeen Mile Rocks… hopefully a little bigger, but not too much, our goal is to always remain community- and family-focused. 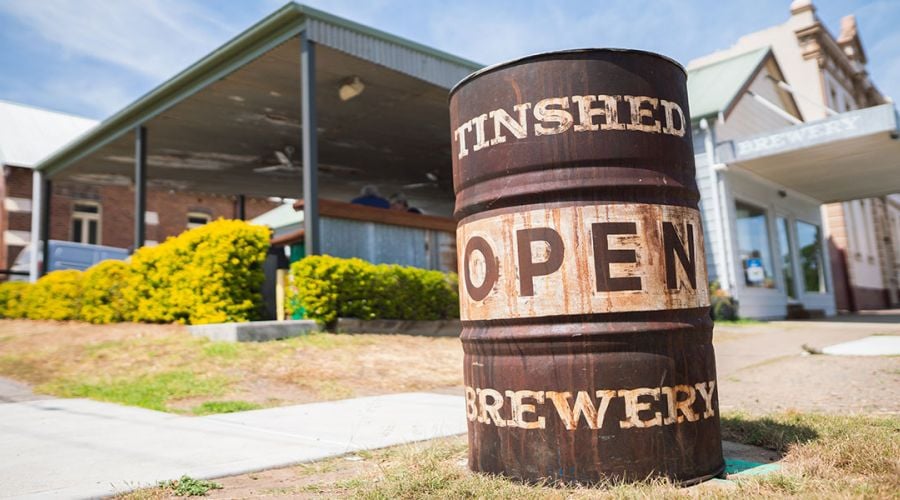 From pumpkin beers in the US through street art in Darwin and Melbourne to combining his love of beer and art in one, James Isacsson has enjoyed a unique path into brewing. We caught up with him on the back of his first release. read on