Coming from a hospitality background working front of house in Perth bars, Homestead head brewer Stuart Taylor always had a passion for beer. Yet he didn't bring a background in homebrewing with him when he made the switch from serving drinks to producing them.

Instead, Stuart took the skills gained from his time in hospo and transferred them to the commercial brewing space. It’s not about the artistry, it’s about the drive and reaching targets is how he puts it when asked about his path to becoming a brewer.

He's been helped along that path by some quality guides. He joined Indian Ocean when then-head brewer Jackson Purser (now at Pirate Life Perth) was looking for an assistant brewer/all-rounder. It was peak summer at the time, Stuart was thrown in the deep end and didn't drown.

It proved a good launching pad for his career as a brewer, one in which he furthered understanding of beer by undertaking the Cicerone course with another well-known figure in the WA booze world, Steve Blaine.

Following a stint at Blasta, these days you'll find Stuart at the helm of the Kaspar Schulz brewhouse at Homestead Brewery in the Swan Valley. The gleaming kit from the world's oldest brewery manufacturer is a setup perfect for creating traditional beers such as Homestead's popular hefeweizen, Kaiser's Choice, but his plan is to bring some of these older beer styles into the new world, as can be seen with one of his first limited releases, the West Coast Lager.

As visitors to the brewery will know, it's but one part of the sprawling Mandoon Estate, which has Stuart working on ideas for hybrid ales featuring grapes from the surrounding vineyards as part of plans for future seasonal releases.

To find out more, we sat down with Stuart to enjoy a tasting paddle as we invited him to take part in our long-running Brew & A series.

I’ve worked in hospitality since I was 18; it’s a great industry filled with amazing people and I always wanted to stay a part of it. Beer was always at the forefront of my learning and passion, so once I realised biology – my field of study – wasn’t for me, I turned my efforts to following that passion.

It’s an amazing blend of science and art that lets you express yourself.

Pro golfer. I’m not saying cream of the crop but just be on the circuit, see the world, don’t have to be amazing at it, and can still earn a living. Also gives me an excuse to buy stupidly-patterned pants.

Circa 2009 Hop Hog. It was such a juxtaposition to the Matilda Bay or Phoenix Lager my dad loved to stock the fridge with. Truly stunning, awakening beer.

Beer world – just from jumping from bar to bar, but I got my start [in brewing] at Indian Ocean with Jackson. It was just as summer was kicking into gear so I had to learn pretty quick or I think I would have been chewed up and spat out.

My first commercial batch. It was the best because it signified how far I’d come in a short period of time; pretty sure it was Indian Ocean Export Draught.

Generally speaking: uncool hops. Hops that have kind of been overlooked or had their time in the sun years ago.

It’s remarkable what you can get when you go against the grain sometimes and discover this whole new character from something you’ve used exclusively at 60 mins. Super Pride? Chuck it in as a dry hop and see what happens.

Not yet, but that’s because I’ve played it relatively safe in the styles I produce. There’s plenty of time for me to make some dumb decisions though.

Ale Apothecary. They’re so unique in their approach, banging out some amazing funk.

Nail: Complete persistence and dedication – a pioneer of WA craft.

Moo Brew: Love their artistic approach and they do their own thing.

My wife and her business partner started up a fashion line ten years ago in our early 20s. They worked side jobs to support the business in the early days, pushed through awful retail conditions, two recessions and COVID. Their ability to pivot, take it in its stride, graft, dedicate themselves and get to where they are now is an endearing blueprint for small business and a testament to their strength of character.

Belgian pale ale. Something with a bit of everything that can fit the bill when it’s hot or cool. Probably last some amount of time in the cellar if the kegs aren’t floating by very often on this island.

Probably sounds depressing but The National are my go-to when I’m on my own. Can I stream ABC Grandstand when it’s the Ashes?

Love me some bourbon.

Some basic mechanics. Stuff breaks all the time or “pretends” to break so knowing how to work around that is invaluable.

Homebrew experience isn’t important, work ethic is. You won’t be on your first job providing recipe construction tips, you’ll be cleaning and following instructions. A sense of humour is vital: no one wants a moper when a mash sticks or 200 kegs need washing.

You can find other entries in our Brew & A series here. 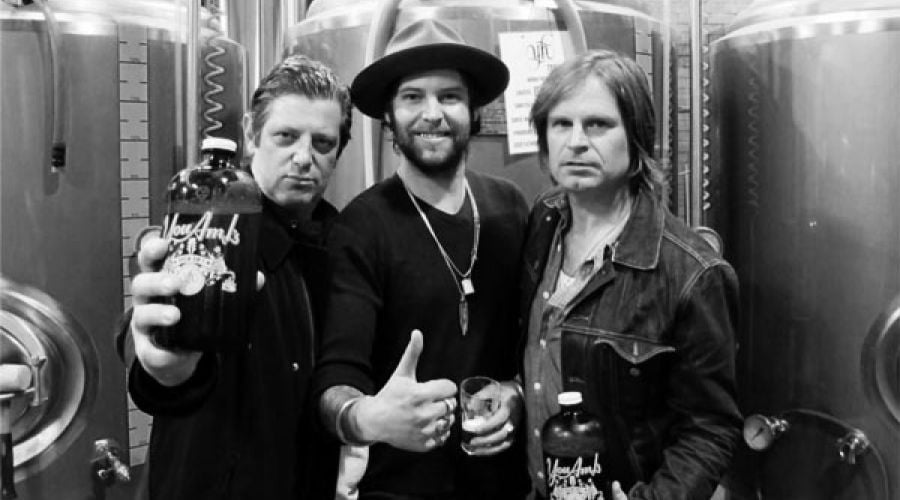