We’ve covered a lot of unconventional brewing operations over the past decade or so, but a brewing company that doesn’t operate within our earthly dimension would definitely make the top five.

To our primitive Earthling senses, the four beings who control the Forgotten Worlds Brewing Co may appear to be like any other terrestrial humanoid – they may even pass for brewers, artists and bar owners – but do not be deceived. These omniscient entities exist purely to distill all manner of experiences into something discreet, tangible and ultimately delicious: beer. This is their zythology mythology.

With each new beer pulled directly from an interdimensional vortex (or, for the purposes of the labelling provisions of the Food Standards Code, The Australian Brewery in Rouse Hill), Forgotten Worlds hope to be more than just a purveyor of beer. With each new release set to be a full-blown piece of concept art, the aim is to get punters invested in the story of the beers and their associated artwork. And if people are just drawn to a good beer with a cool label, that works too.

Although Forgotten Worlds theoretically exists everywhere and nowhere, in a much more real sense, they’re mostly headquartered out of Newtown’s 1989 Arcade Bar. It follows then that the first release is sci-fi arcade-themed.

The Cathode Ray tells the story of Vic in her fight against the Azacca, a parasitic species of aliens that consist of a mass of brain tissue, which in this instance have fused themselves to arcade machines. If it were me, I’d be jamming my wriggling appendages into a gun or some kind of cool motorbike or something, but I guess just because you’re a brain alien, doesn’t necessarily mean you’re that smart. Oh, and it’s also a very fine hazy pale ale.

Cathode Ray will soon be joined by releases that tap into different pop culture themes to marry the style of beer with the concept: a Forgotten Worlds cinematic universe, if you will. So, with their first beer available in tins and on tap around Sydney, we lay prostrate at the feet of these mysterious deities and humbly whisper the question: "Who brews…?"

We are four intergalactic beings.

We brew aboard the brewery mothership currently marooned within The Vortex.

We preserve the memories of the “Forgotten Worlds”. Many of their stories have been lost in time. We capture each story in a different beer and sent it through The Vortex to Earth where it is enjoyed by mankind.

The four of us have brewed for all eternity but it wasn’t until we discovered the Forgotten Worlds that we started brewing for mankind.

We honour the memory of all the Forgotten Worlds by naming our brewery after our purpose: to keep the worlds alive.

Our first beer, The Cathode Ray Hazy Pale Ale, best represents our quest to tell stories. Through this beer we tell the tale of Vic and her plight against the Azacca (mutant alien arcade machines) as she frees her people from slavery by unleashing the awesome power of The Cathode Ray.

The beer is a combination of some of our favourite hops: Citra, Azacca and Vic Secret, which create the ultimate hop hit.

There is no sound in space.

Currently pouring on tap at 1989 Arcade Bar and Mixtape Brewing. You can order directly from us via our earthbound website.

We hope that one day the brewery mothership will escape The Vortex and land on Planet Earth.

For more entries in our long-running Who Brews...? series, head here. Newcastle's beer lovers have another brewery of their own after two well-known local publicans ventured into brewing for the first time. We caught up with the team at Good Folk Brewing as they opened their doors to the public. read on 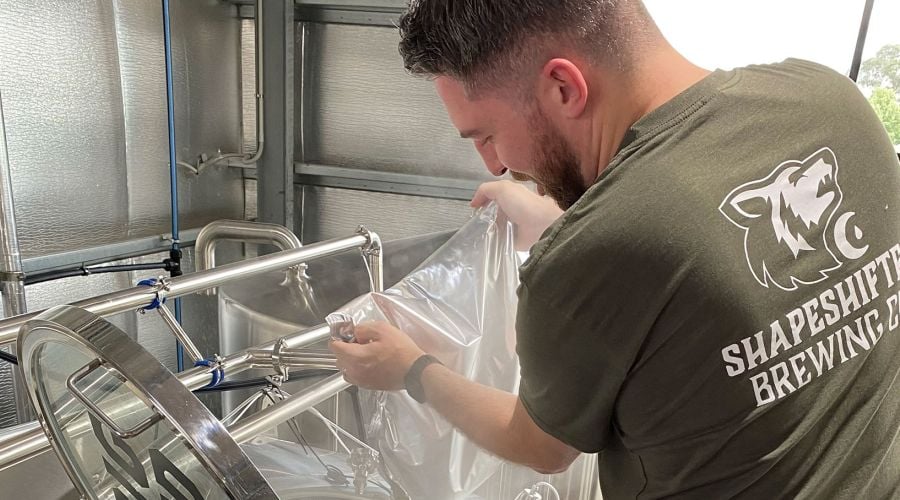