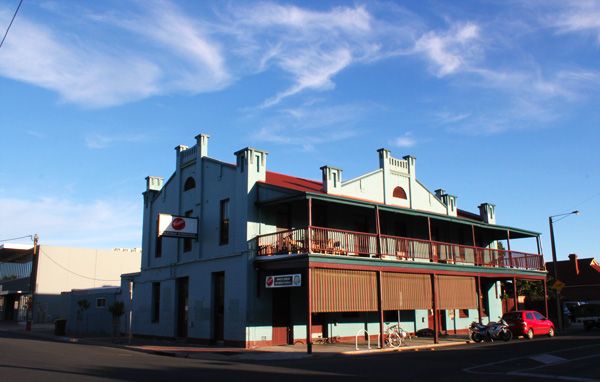 Any self-respecting beer lover who has been to Adelaide will have made it part of their mission to call in on Jade and her hop and whisky-loving friends at The Wheaty. One of the finest beer bars in the land run by people who live and breathe what they do with true passion, it’s a place that many brewers are happy to showcase their beers at for the first time and one where you can put yourself in the hands of the staff and be taken on a high quality boozy journey. Heck, last time The Crafty Pint called in we were met by a chap for whom Hahn Super Dry was the drop of choice: quite a challenge. After a couple of missteps (Croucher’s Pilsner featured “too much bitterness”), we’d turned him on to Emerson’s Pilsner, Murray’s Punch & Judy and Rogers and, hopefully, another craft beer conversion was underway.

Anyway, that’s not why we brought you all here today. No, that was to tell you about the venue’s plans for next month, when it will hold the inaugural Good Beer Wheaty, a mini-beer festival for the locals who can’t make it to Melbourne for Good Beer Week. Featuring “High Hop Nerdery”, beer launches, events centred around beer and whisky and visits from the likes of Darren Robinson from Doctor’s Orders and the Yeastie Boys, it should help assuage any sadness for those left behind.

“Blame the Yeastie Boys,” says co-owner Jade Flavell. “After several beer-fuelled conversations with Stu and Sam at last yearâs Good Beer Week we all decided it would be an excellent idea to hold a Yeastie Boys concept tasting at The Wheaty â then GBW ended and we all resumed normal activities.

“Stu, however, remembered said discussions and within weeks had invited himself and Yeastie Sam to The Wheaty to make good our plan; naturally I thought it would make sense to build a whole mini-beerfest around the Yeastieâs visit and so Good Beer Wheaty was born. We figured that Melbourne shouldnât have all the fun, and with a nod to Good Beer Week and its endeavour to make the most of visiting good beer people for the AIBAs The Wheaty put together a collection of craft beer (and whisk(e)y) events of the kind we already host â but over a concentrated period and with some very special bells and whistles. Good Beer Wheaty is very short, very craft & very Wheaty.”

The full program is online, with events running from May 12 to 15. We might even squeeze in The People’s Pint SA Launch too if it can be arranged in time. As for the craft beer scene in SA, Jade says: “As far as The Wheaty goes itâs never been better; the demand and enthusiasm for craft beer is unrelenting and infectious: people want good beer!

“As far as the broader scene goes, itâs getting there. While we havenât seen the explosion of dedicated, specialist craft beer venues in SA that has occurred in other states, such as Queensland, itâs getting easier to drink better beer. More pubs are dedicating fridge space â though nowhere near enough tap space – to craft beer, a handful of pubs and a restaurant are holding regular craft beer nights, bottleshops are improving, a couple of restaurants take beer seriously and a newly opened inner city bar looks like having a strong craft beer focus in tap and bottle. Slowly, slowly. Brewery wise the âoldâ stalwarts are busy developing new beers, tweaking old ones and expanding their facilities and two to three new SA micros are set to fire up before the end of 2012. If all goes to plan the next 12 months could be SAâs craft beer watershedâ¦”

In Wheaty land, the long-promised kitchen is finally set to arrive in November, so no more ordering pizzas from down the road, and they’re planning to brew a Ryewaka IPA with Adelaide Hills brewery Lobethal Bierhaus. Jade is also collating some “damn fine brews” for July’s âFont of Darknessâ and September’s âFountain of Hoppinessâ so plenty more to look forward too.

What’s more, if you’ve not sampled SA’s craft beers but will be in Melbourne for Good Beer Week, then you need to know that the Tramway Hotel in North Fitzroy is turning over its taps to SA’s brewers for the week as part of The Crafty Pint coordinated Pint of Origin that sees five Melbourne pubs become showcases for interstate brewers for the week. You’ll find WA at the Great Northern, Tassie at the Courthouse Hotel, NSW at the Rainbow Hotel and Queensland at the Baden Powell.