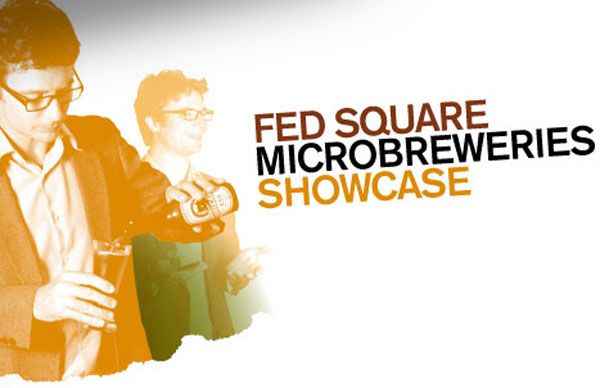 Come on down, James Davis, the winner of The Crafty Pint’s first competition. A pair of passes for next week’s Federation Square Microbreweries Showcase is winging its way to you now. To everyone else that entered, better luck next time. Speaking of which…

Anyone who is attending the event can enter our next comp, this time to win one of two mixed cases of beer from Victoria’s microbreweries. Each will contain 24 different beers from many of the brewers showing off their goods next Wednesday and Thursday. Pretty awesome, hey? There will be forms dotted around the Fed Square atrium – just fill in your name and contact details for the chance to win.

Tickets are still available from Ticketmaster ($25 for entry and 20 tasting tickets), while The Crafty Pint will be around, possibly getting dragged in to help pouring beers, possibly trying to resist sampling too many too soon. For those planning an evening of it, you’ll be pleased to know that Beer DeLuxe (the bar situated just off the Atrium) has been stashing some very special beers in readiness to blow guests to the Showcase away. Believe us when we say it’s going to be pretty darn awesome. Speaking of Beer DeLuxe, we’ve got something rather exciting to reveal about them too so check back later today.