It started as a bit of fun. Challenged with brewing an unusual beer for the Media Brew beer competition at Beervana, The Crafty Pint approached Murrayâs to be its partner. They agreed and were soon afterwards presented with the following proposition:

“I think it should be a beer that reflects the origins of the three parties involved: Scotland, New Zealand and Newcastle. It looks like there are different species of mussels native to each of those three areas, so how about we do a mussel stout with all three in? And can we use some peated distilling malt too, just cos I like Islay whisky?”

We can only imagine the huge, resigned shrug that must have taken over Murray’s head brewer Shawn Sherlock’s shoulders. But being someone who’s game for pretty much anything when it comes to beer, he accepted, suggesting it was an imperial stout (more room to hide the molluscs, perhaps) and accepting our request that we use the Belgian yeast found in their awesome Heart of Darkness.

In the end, only mussels native to Scotland (Blue) and New Zealand (Green-lipped) were used as it turned out the freshwater ones native to NSW are “rough tucker” used for cleaning shit out of ponds. Instead, fresh Port Stephens oysters were substituted and a 25 litre batch of what was to become the Auld Bulgin' Boysterous Bicep was brewed and promptly went on to win the Media Brew comp with a perfect 45/45 score.

All of this (and more) is documented here. But that wasn’t the end of the story. We’d always hoped Murray’s might be tempted into brewing the beer on a commercial scale – after all, who wouldn’t want to throw several hundred sea creatures into their expensive brewery? – even if there appeared to be reluctance. However, there were occasional flickers of hope…

Soon afterwards, the brewery owners asked about replicating the artwork created for the beer by Andy Shaw, a good friend of Nick O (AKA Crafty Pint NSW) based in Wellington, for posters in their venues. Then, a few months later, when they were working on plans for their Trump Cards, it turned out the ABBB would feature. Surely they wouldn’t commit a beer that was never commercially released to such an honour…

And then came the call.

“We’re going to brew the Bicep as a winter seasonal so we can release three different imperial stouts again,” said Shawn. “Are you available to come and brew it?”

Of course we were.

“It’s just going to be a small batch. Just a few kegs for our venues and a couple of others in Sydney and Melbourne,” he added.

But then that changed too, with brewery owner Murray Howe so enamoured of the story behind the beer that he suggested there was a limited bottle release too.

And so it was that The Crafty Pint Two rocked up to Port Stephens last week for Bicep Mk II. The brewery chef had bought in 100 blue mussels, 100 green-lipped mussels and 100 Port Stephens oysters that had been pulled from the ocean little more than 12 hours before mash in. The recipe – going by the name “Beardy Weirdy 2” – had been exactly scaled up from the small batch and still featured the peated distillery malt that Shawn said was an ingredient he was more wary of even than the seafood (he’s no Rex Attitude lover, that’s for sure) and all that remained was to work out how to add the molluscs.

First time around, former Murray’s brewer Ian Watson (now heading up Fortitude and Noisy Minor) advised us very strongly not to remove any beards from the molluscs and to throw them in whole, so that was the plan again, with them receiving a good scrub to remove dirt and nothing more. First time around, they’d been deposited into the kettle at the end of the boil, so this time we figured popping them into the whirlpool was the go. But how exactly?

There was concern that one might get sucked down a pipe and make its way into the pump and thus do $8,000 of damage.

“And that’s not a call I want to make,” said Shawn.

Working against that, fired up with beer the night before, he’d told Grainfed brewer Lachlan McBean there was no danger we’d be chickening out and using a “hop sock”. But when the moment came, the hop sock was summonsed and tension rose.

“Could one fit down that pipe?”

The brewery resembled a Mexican stand-off. Then sense prevailed.

So in they went. First the 100 oysters – given a little longer on the advice of the chef – then the 200 mussels, disappearing into the black, murky deep. Soon afterwards, one plucky fellow reached the surface while the whirlpool bubbled away – a novelty for this and, in all likelihood, any whirlpool.

When the run off took place and the creatures began to reappear, it was clear they’d behaved as they were stacked nicely in the centre, the whirlpool having done its job splendidly. A bit of smart thinking from brewer Alex ensured no one had to climb in to remove them as a valve was removed from the base, and the smokey, briney, roasty, chocolatey mixture was safely transferred to a fermenter to meet with millions of Belgian yeast particles.

The finished beer will be ready in July and we plan to hold a series of launches along the East Coast. Shawn says it will be impossible to get an exact replication of the original beer (which is still tasting splendid) due to the different system, but it will be interesting nonetheless. So watch this space for release dates as we’ll be keen to ensure that something that started out as a bit of fun ends up as a bit of fun too.

How the brew unfolded 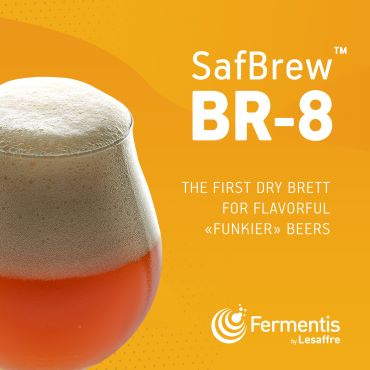