If losing one’s grip on the concept of time is one hazard of an ambitiously scheduled road trip, so is the need to take in sights at warp speed. The drive up to Mount Tamborine from the Gold Coast is truly stunning, with incredible vistas unveiling themselves at every turn. But, having left Byron Bay late after dry-hopping Stone & Wood’s kellerbier, there was no time to stop and admire the splendour, merely for quick glances to the side then a quick realigning of the Hyundai Getz before it was wrapped around a tree.

It also meant there was no time to peruse Mount Tamborine’s shops and fill the car with more fudge, dreamcatchers, scented candles, carved wooden elves and patchouli than anyone could ever wish for (every cloud…). Instead it was straight to the mansion on the hill that is the MT Brewery, a cavernous construction looking down on the town that houses a brewery, restaurant and the Witches Chase cheese company. 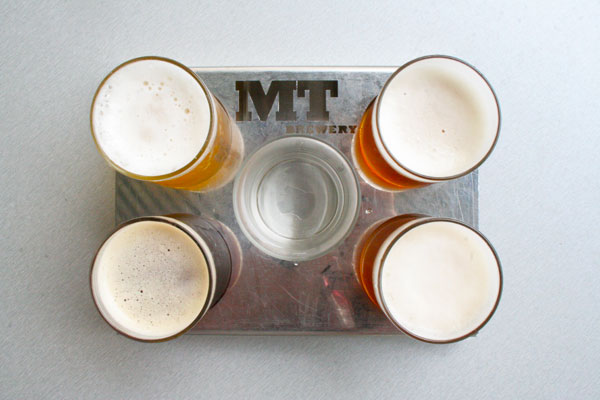 You’re welcomed by a garishly coloured Lotus Elite sports car emblazoned with the brewery’s logo, sat in front of the rows of tanks. They’re gathered imposingly at the rear of the shed after you’ve made your way up the hill, creating a feeling that’s a little like finally arriving at the wizard’s lair in Oz. Sadly, the wizard – sorry, owner Andre – was too busy to come speak to Crafty, so it was a case of sample and go. The bar does four-beer trays for $10, each beer coming with its own Top Trumps style card. There was only time (and “Bloody Idiot” sense) to try four: a sweet, malty lager, the 0909 that reminded Crafty of bread and butter pudding, an IPA with a long, long bitterness and dark marmalade flavours and the ruby brown St Bridget, all ripe dark fruits, caramel sweetness and a tang of alcohol, before heading north…

… to Brisbane. Although not before learning a lesson. Namely, that if a road sign says: “NO THROUGH ROAD” and the the scene ahead of you does in fact look like the sort of road teenagers drive down at the start of films like Evil Dead II then the chances are there is no through road, whatever the sat nav from Hertz would have you believe. Unless you’re on a quad bike with amazing suspension, that is. There were two lessons, in fact. Sat navs don’t like big cities. Still, I now know that Brisbane has lengthy underground bypasses and, if you’re going to get lost, there are worse places to do it than over the Story Bridge. 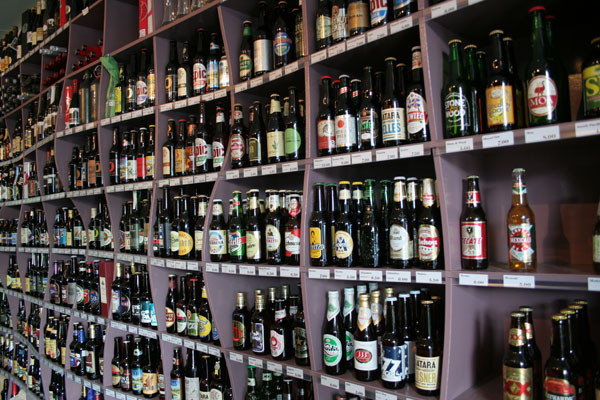 Actually, why not make it three. The last being: there aren’t many places to find good beer in Brisbane. But there are sprouting roots. First port of call was Nectar, a bottleshop in the city’s West End opened by, among others, Kris – the chap who more recently made Crafty some beer cocktails at Beer DeLuxe before heading to Tassie to further his beer adventures. Nectar stocks a quality selection of boutique wines and beers, with around 400 of the latter on its shelves, making it the sort of venue that can hold its own against pretty much any in Australia.

A few footsteps away, Archive Bar shares a site with a nightclub, making it an unusual spot to find somewhere stocking a wide range of craft beer, but with the likes of Burleigh Brewing, Stone & Wood, White Rabbit Brewery and Matilda Bay beers on tap it promises to bring Australian craft beer within reach of new drinkers. 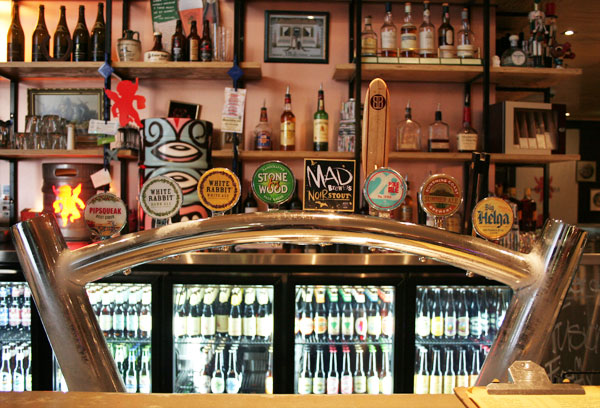 The taps at Archive West End

That they’ve just opened their own bottleshop around the corner could prove interesting… Given there don’t appear to be any others offering quality beers in other parts of Brisbane, perhaps it would be an idea for someone to open one outside of the stretch between 100 and 200 Boundary Road!

According to Crafty’s Brisbane guide, Oz Brews News, the only other bar worth checking out was the Platform Bar at the Grand Central Hotel, in the CBD. Arriving there latish on a Monday evening proved an error as it was closing, but a brief chat with staff and a perusal of the boards and fridges was enough to see they’ve got the right idea when it comes to encouraging people to expand their palates. Under the neon lights and alongside the kegs strapped to the walls are a blackboard featuring a changing list of recommended beers and weekly beer picks to make it easier for newcomers to navigate their way through this brave new world. 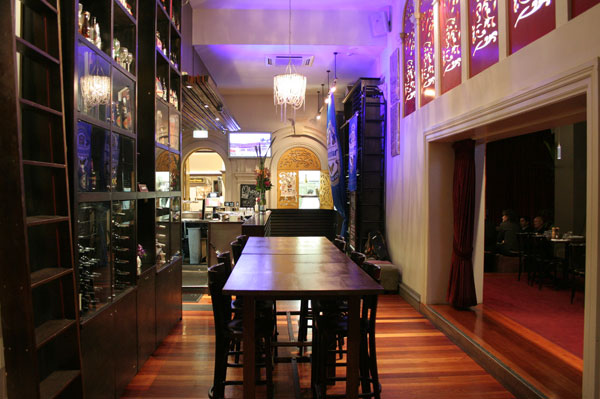 Being late and missing out on a knockoff beer was worth it, however, as the delayed arrival was caused by the day’s highlight, when Crafty was taken to dinner by Oz Brews News (and children) at Scales & Ales, a quality fish restaurant that is one of very few showing the way in Australia when it comes to respecting beer. The list features such delights as Nogne O’s Horizon beers and a bunch of interesting homegrown brews, all with detailed notes.

The menu isn’t afraid to experiment with beer either. Crafty tucked into a large pot of beer-steamed mussels (with beery bread roll) before his host persuaded chef and owner Frank Correnti to serve up a special he’d concocted for a previous beer dinner at the restaurant: steak and ice cream.

According to Frank, the idea had come from an American diner: “Can I get a rare steak with a dollop of ice cream on top?” he’d demanded. Despite reservations, his request was granted and it had worked out a treat. So Frank later had some stout ice cream made up and began serving it atop steak. Sometimes the craziest ideas just work, with the creamy sweetness of the ice cream working particularly well with the seared edges of the meat. One to surprise future dinner guests with!

And dessert would seem as good a place as any to end this missive. Next, Murray’s and beyond…