Short of unintended consumption when forced into cleaning out a horse’s stable once as a child or possible face plants into bales at music festivals, it is hard to recall hay having passed the Crafty lips. But thanks to a pair of Good Beer Week experiences in the company of Merricote chef Rob Kaboord we can safely state that one is now au fait with hay…

I had only had one prior experience with Merricote. And it was thoroughly pleasant. Having taken Mrs Pint along for Mother’s Day a couple of years back, Bronwyn – one half of the team behind the restaurant with husband Rob – took The Crafty Pot off our hands for much of the meal, taking the toddler for an explore of the dining areas, kitchen and covered courtyard despite having never met us before.

Any further knowledge had been gleaned from friends in the beer world who knew of Rob’s work both there and in his previous role at Hotel Max. Safe to say, they were full of praise, not just for his food but for his love of beer and understanding of how the two work together.

For this, Merricote’s second Good Beer Week dinner in 2014, they had teamed up with the Boatrocker Brewery crew for a six-course feast and as preparation had spent several hours at the brewery in Braeside sampling beers for the evening, including some that have not yet been released. There was nothing particularly adventurous or creative about the concept – there were welcome drinks and nibbles in the courtyard then five courses of food paired with five of Boatrocker’s beers, some chat from Boatrocker co-owner and head brewer Matt Houghton and a brief sign off from Rob.

What was presented in glass and on crockery certainly was adventurous and creative, however. On the beer side, Matt poured a few familiar faces – Alpha Queen, Sterk & Donker and Ramjet – alongside a rarely seen face – the Mitte Berliner Weisse – and the never-before-seen Saison Brett and Jonge Flemish Red. Meanwhile, Rob served up a Dutch-flecked collection of dishes that opened with Bitterballen, a Dutch beer snack made from pork shoulder, and went on to include a unique hay custard dish that also featured mussels, puffed potato, herbs, fruit and vegetables, an immaculately presented pork dish, aged Gouda with candied ginger and a mind-blowing cacao cigar to close. 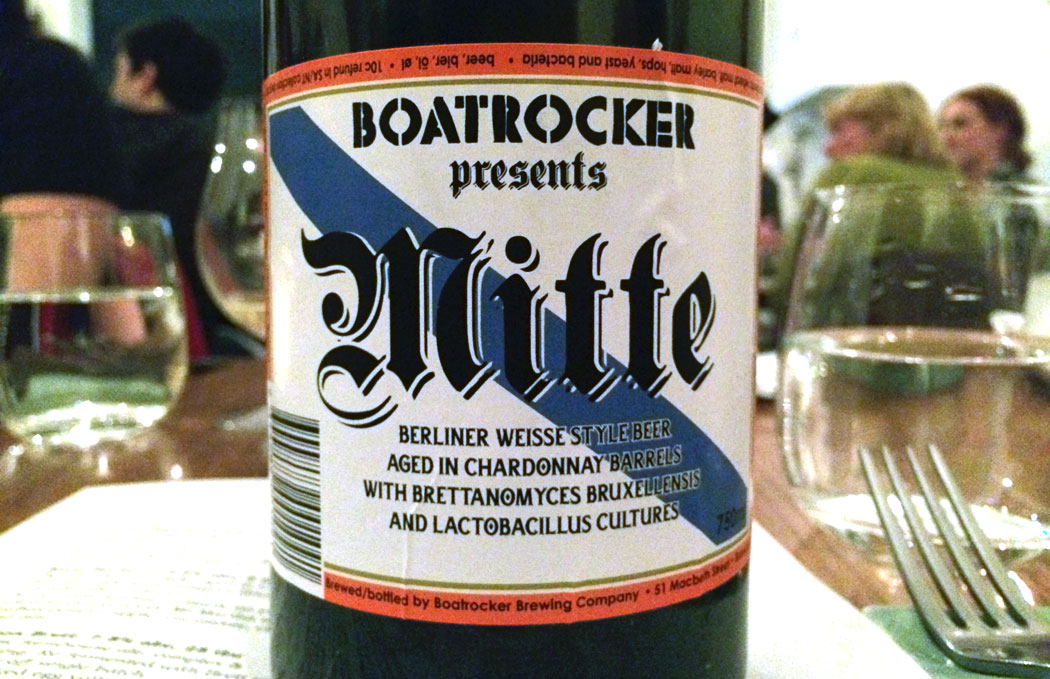 The beers for the most part highlighted Matt’s long stated love of Belgian beers, something he’s written about at length on this site before, with the still young (AKA Jonge) Flemish Red in particular suggesting this really is a small Australian brewery to watch. The food, whether judged on innovation, presentation or suitability for the beers with which the dishes were paired, was sublime; I may have told one or two people since the dinner that Rob is a genius..

Plenty of thought and effort went into the menus/booklets that were presented on the tables, not least into the cute tales that told the story of Matt and Rob’s respective journeys to where they are now, and indeed how much they share in common. No doubt they will be reuniting sometime soon.

The entire cohort of Australian beer geeks has already made its love of Ramjet abundantly clear, while the Berliner Weisse, Mitte, has turned heads too. Here, Matt revealed that the inspiration for Sterk & Donker, which is mellowing nicely and was a lovely match for the aged cheese and candied ginger, is no less than Westvleteren 12 – aim high, son!

The new Saison Brett was a tasty drop, featuring a fairly mild form of Brettanomyces – fuller in body and alcohol than one typically expects of the style. Standout, however, was the Flemish Red. Yes, it is still young, but already its range of complex, fruity, sour and tart characteristics mark it out as a beer to keep eyes peeled for when it is released properly next year and also mark Boatrocker down as a brewery for any lover of sour beers to follow. 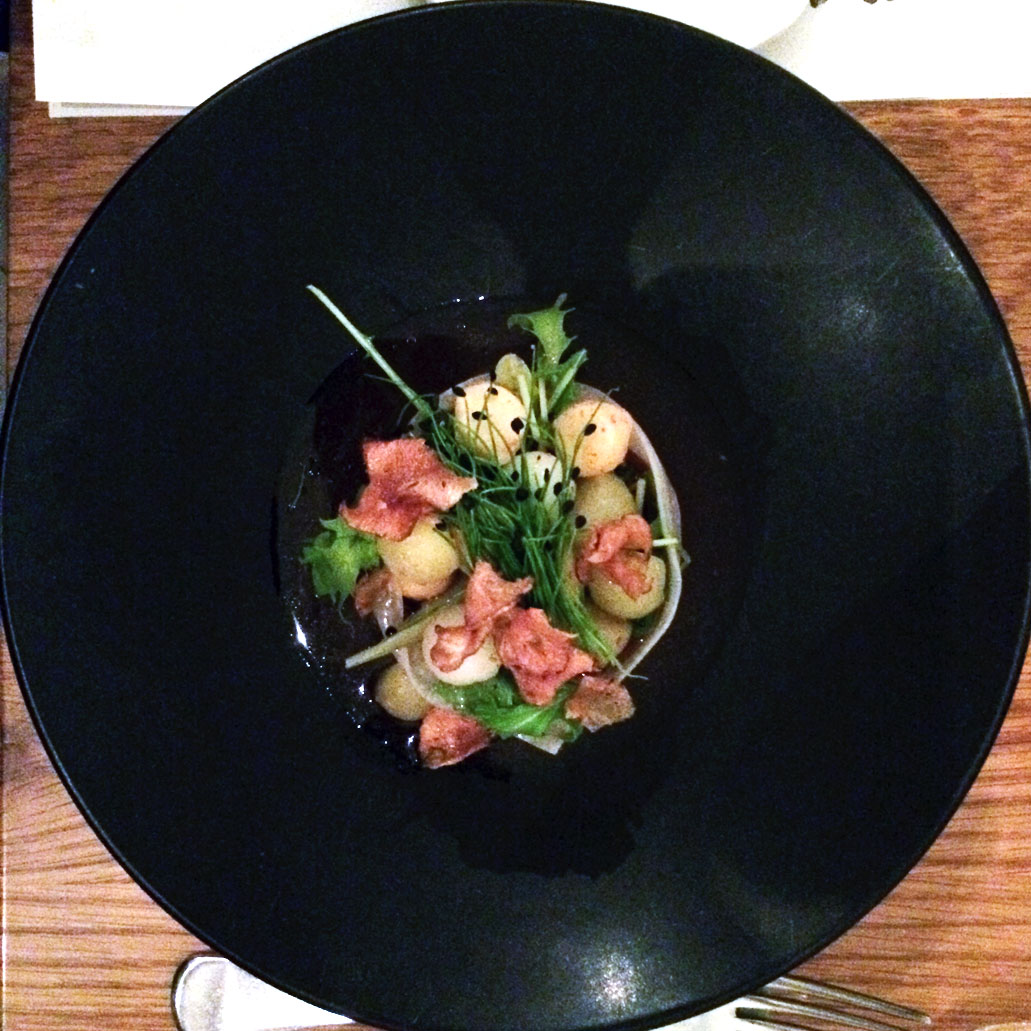 Discovering hay is a valid ingredient – even in custard.

Wondering how some people new to these beer styles would enjoy Matt’s descriptors, such as “leather saddleness” and “haystack”.

Having Matt very generously tell the room he viewed The Crafty Pint as: “The Australian version of Michael Jackson – the writer, not the singer – but better looking.” I’m not sure about the former part, and how much of a compliment the latter is, well… But I’ll take it!

The cacao cigar. This was a highlight of the entire week and warrants describing in full: “A floral Mexican chocolate was infused with tobacco. The ‘ash’ was made from cabbage and hay.”

Paired with the Ramjet, it pulled no punches, with the ash distinctly smoky, sharp and well, “ashy” and the smooth and copiously-injected-into-the-cigar chocolate having a noticeable tinge of tobacco. Claiming the ash was made from merely cabbage and hay was an understatement, as revealed when Rob was asked to tell the room is exactly how it was made and went into the full, lengthy and detailed description. Matt was presented with an extra special version too – the cigar brought to his table underneath a glass cover filled with dense, freshly pumped in smoke.

Describe The Event In Three Words: 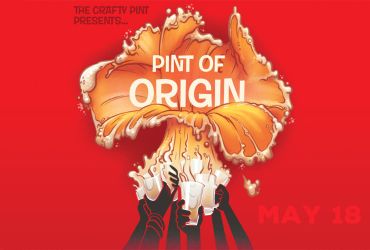 Pint Of Origin GBW Events: May 18