At the start of last summer, the first beers went through the system at Big Shed Brewing. But not all of them were brewed by Big Shed’s founders Jason Harris and Craig Basford. The pair had always planned to set up their Adelaide venture as something of a communal brewery, one where use of the brewhouse and fermenter space was available for other brewers to hire. The idea was to offer startup brewing companies the chance to brew their own beer on a commercial scale without having to invest in their own brewery, while also helping them cover their own setup costs.

It’s an approach that is growing in popularity in Australia – just look at how many brewing companies are taking up residence and brewing at all times of the day and night at Melbourne’s Cavalier, for example. At Big Shed, the first to step up and take advantage of the opportunity was the team behind Mismatch Brewing, a group of experienced hospitality and drinks industry mates who have now knocked out close to a dozen brews on Jason and Craig’s system.

Their brewer, Ewan Brewerton (pictured above), who arrived at Mismatch Brewing via McLaren Vale, Little Creatures and a stint studying brewing in Edinburgh, got chatting to the pair before Big Shed was even a reality and saw in it a chance to make his desire to form a beer brand a reality. Thus, after having a first batch of his first release, Archie’s Red Ale, brewed and packaged at BrewPack in NSW, he has taken control of all subsequent (and, to date, draught only) brews himself.

“Itâs still early days and we’re still learning about each other; still learning how to maximise efficiency in the brewery, how to make better day every time we brew.”

Alongside Toby and Ewan are three others from the beverage and hospitality industry. Or, as Toby puts it: “Everyone that works with us knows and loves food and booze.

“Some of us run other beverage companies and have always been beer lovers. An opportunity came up when discussing with Ewan his desire to branch out and build a beer brand. A few of us decided that would be a great idea â as happens when beers are involved. Some of the beers that he showed us with some of the most balanced beers that we had seen in a long time, so the whole thing really started from those conversations.

“We got really excited with his trial batches to not just have a craft offering but one that exhibits real balance and something a little different. You can get products â wine, beer, cider â that lack fundamental balance between hops and malt or acid and sugar.

âIâd always investigated the opportunity to branch out into the beer industry. I’m not a brewer so I can talk about beer or drink it till Iâm blue in the face but I canât make it. When Ewan started talking it just made sense."

For now, pretty much every drop of Mismatch beer has been sold and consumed in SA. They’re on to their fifth batches of both Archie’s Red Ale and a golden Session Ale at Big Shed, both of which are being increasingly dry-hopped over time, and are about to release the first a Dark Ale.

As for why they chose to “buy into” Big Shed rather than continue having their beer brewed under contract, there were no political considerations, no thoughts of “Contract brewing isn’t the way to go”.

His words are refreshing and hint at the case of the misleading packaging for Byron Bay Pale Lager last year, which led to fines and reprimands for CUB earlier this year. While many were quick to jump on the Byron Bay case as an example of bad practice by one of the major brewing companies, there are smaller businesses making false claims about their beers' provenance on packaging too. 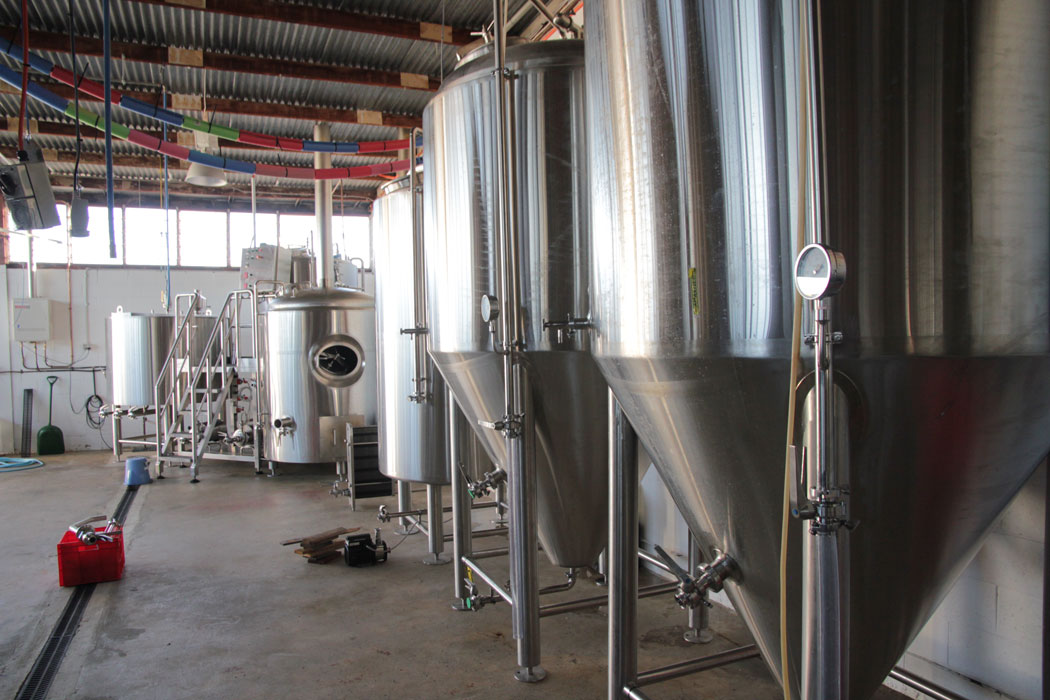 “People get their noses out of joint,” says Toby of misleading labelling. “There will be resentment if people donât get all the facts.

“Weâre just straight up front as consumers deserve that. We put on every keg tag and every bottle label what ingredients, IBUs, the EBC [colour of the beer] and so on are, just to be exactly clear. Itâs something with Australian labelling laws that has been lost.”

While he and his partners take their first steps in the craft beer world as Mismatch, Toby will be hoping for similar success to that enjoyed by his cider business. Formed in 2010, it continues to grow as, he reckons, does the interest in and knowledge of craft ciders.

“Everything [for Hills Cider] is sourced from the Adelaide Hills. We get fresh apples and have full control from paddock to pint â one of the few cider companies in Australia who can decide if our fruit is good enough to go into our cider; the majority are using Chinese concentrate. Itâs just been another fun odyssey, making well-balanced booze with soul.

âThe cider boom has been going for three years and weâve been going four so are one of the old people on the block. The growth in the market compared to craft beer or wine is much quicker. It’s happening more rapidly than in other drink sections before. Everyone has an iPhone or an iPad so can find out about what they’re drinking. "

Expansion for Mismatch is on the cards too. For now, all of the beer is sold around Adelaide but there are plans to head into Queensland, New South Wales, Victoria and WA in the coming months. Beyond that, all being well, a time will come when it will be time to bid their hosts farewell and set up a brewery of their own.

For more on Mismatch and their beers, check out their website.