Brewers make beer. Without them there would be no beer. Thus it's easy to fall into the trap of focusing on them and them only as the stars of the beer world, especially in the craft beer industry where doors are almost always open and access to brewers – often with a beer in their hand and a smile on their face – is easy.

But the people that make the beers we love are only one part of the broader picture. Without the work of myriad others those beers would never make it from their hands to yours and you would know far less about it than you do. This new regular feature on The Crafty Pint is here to right the wrong, one that we've been guilty of too, by shining a light on the heroes of the craft beer world that don't own a brewery or make beer but, without whom, the beer world wouldn't be the place it is.

Craft Beer Heroes will showcase the visionary bar owners, beer advocates, festival innovators and characters that help make the Australian beer scene what it is, starting with Miro Bellini (AKA The Maltalian). We could be accused of nepotism here given we're lucky enough to count him as a good friend and work with him on occasion too. But nobody who has met him (or, we hope, who reads this article) would deny he is anything other than a hero, craft beer or otherwise.

He's been advocating for great beer pretty much since he was old enough to drink, has a knowledge as deep as his appetite for new experiences is massive, carries out a huge number of roles within the beer world (often for free), is the undisputed star of Good Beer Week videos, and is the sort of guy who, when on holiday, volunteers for a few days at breweries (including Hitachino Nest and Brooklyn). He's also one heck of a guy, with some of the most unexpected of hobbies (you can ask him in person) and generosity and kindness seeping from every pore. He rocks a pretty sweet kiss curl at times too. And he's nice to his mum.

So, here he is, our first Craft Beer Hero: Miro.

Any way I can. I work full time for a great little importer, Palais Imports. On Wednesdays I run brewery tours at the Mountain Goat Brewery, and I hope to be doing that long after I retire. I am very proud to be a co-founder of Melbourne's Good Beer Week. I consult to a couple of venues regarding training, menus, tap line-ups and events. I run free Beer Service training for Melbourne's vibrant hospitality industry. And of course, I co-host a specialised beer education course with The Crafty Pint and The Humble Tumbler.

Passion. It is infinitely rewarding. I am a hopeless romantic and there is nothing more romantic then the very simple profound beverage that gave us egalitarian society, the very catalyst of civilisation. 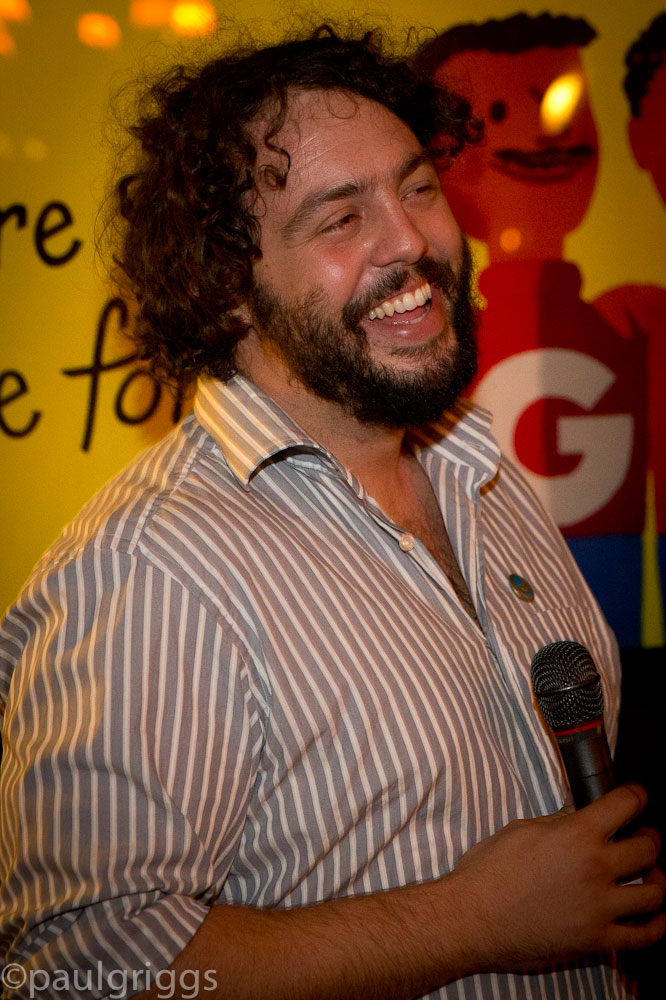 A: At Young & Jacksons. I ran tastings of the Cascade Four Seasons range alongside beers from Matilda Bay.

It matters because you matter, mate. Without our community we have nothing. Beer has always been and forever will be about the community.

Every morning. I can't wake up without brimming with pride to be part of such an ancient, profoundly important thing.

3pm on a sunny day, a full esky, friends about with good food and music.

I suppose water. The body and balance of the beer is paramount for me.

At the Royston. Elbows dug into the bar talking rubbish.

A Germanic lager, a saison and an American amber ale. There would be no defence. At this year's Beeries, the Gold Beery for Best Community Contributor went to Chicks With Ales, a group for beer loving women. We caught up with brewer, microbiologist and former pro basketballer Kerry Claydon to find out more. read on