Over the festive period, the news that Dave Padden was leaving Riverside Brewing took the beer world by surprise. To many people, the co-founder and head brewer of the much-loved and admired Parramatta microbrewery was Riverside as much as the popular beers, such as 77 IPA, 44 American Amber and 777 Double IPA, he'd created.

As he told us for a short piece we ran in our weekly newsletter at the time, the decision came down to "a fundamental difference in the vision and culture of Riverside moving forward".

He also said he'd be breaking cover with news of his next project – whatever that might be – in the near future too. That near future turns out to be this week and that next project is Akasha, a new brewing company he's launched with his brother-in-law Wesley "Two Guns" White, his nickname a reference to his successful approach as a salesman, going in "two guns blazing".

There are no beers yet as they wait for all relevant paperwork to be completed but, as soon as it is, he plans to brew initially with his mates at Rocks Brewing while a site is confirmed for Akasha's own home. This will ultimately be populated with a 20 hectolitre brewery on order from China, from the same manufacturer that has supplied the forthcoming Wayward brewery in Sydney and Kiwis, including Panhead.

When those beers appear, they will be in keeping with Dave's specialty: US-inspired, hop forward ales. The first two will be an American pale ale called Freshwater, in reference to Parramatta being the site of many of Australia's earliest breweries due to it being the point where the fresh, rather than salty, water was available, and a 7 percent-plus IPA called Hopsmith.

"I've spent the past two months speccing the brewhouse," says Dave, explaining how lessons learnt from his first stint as a commercial brewer – using the old Mountain Goat setup – have helped inform his second stint.

"It's been awesome. [Specifying] all the little bits right down to where I want a valve on the side of the kettle. It's a pretty impressive piece of kit, a four vessel system that is capable of up to four brews a day [and] designed for growth."

While he's spent the past two months planning and preparing, it's also offered a bit of welcome downtime after a full on few years at Riverside, much of it spent playing around with his BBQ smoker and enjoying time with his three kids. His former brewery wasted little time winning fans and its beers' popularity rose inexorably, both critically and in terms of demand. Just last month, the 777 Double IPA made it into the top six of the annual Hottest 100 Aussie Craft Beers poll while, for the most part, anyone keen to get hold of Riverside beers outside Sydney was likely to be disappointed because they could barely meet demand in their home market.

And it's close to home in Sydney's west that Dave and Wesley are looking to locate Akasha, which will initially be a production facility but may add a tasting room down the line, as Dave sticks to his promise to bring craft beer to the Parramatta region in which he grew up; "It is pretty clear to me that my mission in life was to bring good beer to the west," he told us last month. 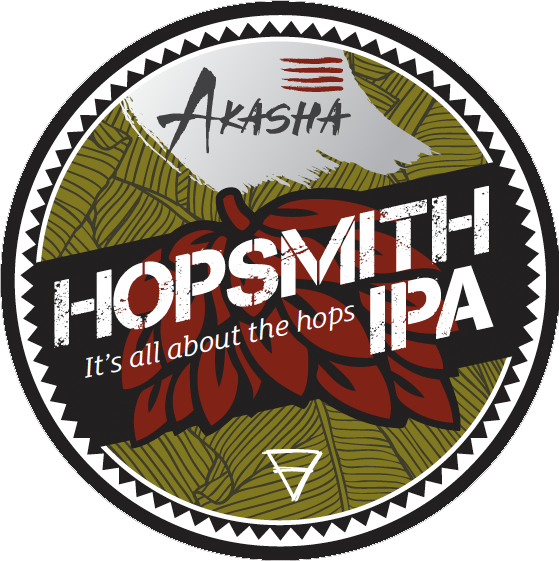 "Between now and the brewery coming online, I'm planning on three beers," he says, adding that he plans to have a beer at GABS in May too. "I'm aiming for Autumn for rolling out the beers brewed under contract and Spring for the brewery.

"It won't be easy [starting a brewery for a second time] but it will be easier. One thing I've got is a good relationship with a lot of customers. I've never been a brewer who sits in the brewhouse; I know most of the customers and know where my beers fits in."

As for the new brewery name, it is the Sanskrit word for the fifth element: the "unknown" added ingredient that brings the others – water, earth, wind and fire – together. The idea is that Dave is the Akasha that will the special something, the je ne sais quoi, to the four elements in beer.

"It's a bit like chefs," says Dave. "You can give the same recipe to two chefs and one might create something quite bland but one makes something really exciting. It's about that extra thing that I can add to the brewhouse."

Those who've followed the former IT guy's career in brewing to date and enjoyed his excellent beers will be confident he can deliver the magic. And they'll be delighted that his absence from the beer world won't last too much longer.