Melbourne is home to many a pub – indeed, the city is famous for them – but none feel or look anything like The Woodlands Hotel. For one, there’s not actually many pubs across the city that don’t sit on a corner block, and there are few that cut quite as impressive a figure as The Woodlands does over Sydney Road.

The site in Coburg has been one pub or another since 1851 and although it’s worn many guises over the years – including hosting its own racing track at the rear at one stage – more recently it’s turned its focus to craft beer.

In 2011, Hayden George and his family took over the old and slightly unloved boozer, transforming it into a remarkable space. The sprawling building was filled with the quirky and the unusual, creating something akin to a Lewis Carroll dream – if his energy had been directed into designing pubs instead of writing books. It’s a space where even on your fifth visit you’re likely to discover more, whether it’s the bird statues, the movie projector, the quirky lighting fixtures or replica of a prehistoric skull.

The upstairs dining room only takes that theme further: there, chandeliers in the bathrooms, two metre tall wooden soldiers and the occasional throne create a dining space fit for the royals – assuming royals love delicious, fresh beer, of course, given the eight taps downstairs and half dozen upstairs were turned over to local brewers.

It’s a direction that's been continued by the family who took over the pub in late 2019, a takeover that wouldn’t have caused any concern among regulars given the identity of the new owners.

The new custodians of The Woodlands are two brothers who have been bringing craft beer to Melburnians for longer than most: Jason and Adam King. Firstly, that was via the Lambs Go Bar in Fitzroy before they took over the Rainbow Hotel, a short distance away in a Fitzroy side street, and turned it into the institution it is today.

Their plan was a simple one: take the elements that made the Rainbow such a legend in Melbourne’s inner north and provide a similar experience to people a little further out.

Many of the pub’s idiosyncratic elements remain unchanged, including the atrium that is brought to life thanks to an impressive collection of greenery, a roaring fire and regular live music. Augmenting that in early 2021 was the opening of an expansive beer garden in what was once a vacant block beside the pub. Technically, it’s a temporary measure in our COVID-impacted world but the thoughtful way it’s been set up makes it feel like anything but.

As the Rainbow has shown over the years, beer gardens needn’t just be for summer and the wide tables, lively atmosphere, and container bar with its own beer taps prove that, whether the sun is shining, or the mercury is dropping, there’s rarely a bad time to head outdoors to enjoy a few pints with mates.

Add in a kitchen serving the sort of classic, yet dialled up a notch or two, pub classics for which the Rainbow is famed, and it’s a message rings true for The Woodlands as a whole: a remarkable space where anyone who enjoys the unique pleasures of a pub done well can easily wile away a few hours. 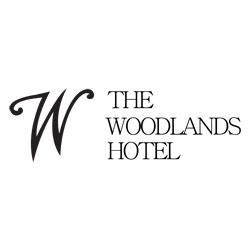 Mon to Thurs: 4pm to late
Fri to Sun: midday to late