Joe Wee wanted to do something different. An engineer by training and trade, for some years he had harboured the idea of changing tack and creating a place where his beer fantasies could play out. As this dream swirled around he was keeping abreast of the fast changes in the growing Sydney scene, while his journeys overseas – particularly to the USA – cemented the idea that the very best venues need not be large, nor especially fancy, nor offer everything under the sun. The most important thing, he concluded, was the need to embrace the concept of ‘neighbourhood’. The best bars were a natural focal point of the community, places where locals were drawn because they exuded the character of the area.

Character was something the melting pot of Redfern had plenty of. A specialty beer venue it did not. So when the spirited small bar The Angry Pirate shut its doors early in 2016, Joe saw the opportunity to bring his dream to life and give Redfern the bar he thought it needed. But did Redfern want a beer bar, let alone need it? When he opened the doors to The Noble Hops, the answer came swiftly: in the first six weeks it poured 60 different beers – an impressive feat for a new venue with a maximum capacity of only 60 people.

That tap list here is small – at least compared to some of its Sydney peers – and proves that size doesn’t matter, provided you know how to use what you’ve got. There’s always a well priced lager, pilsner or pale ale for the new-to-craft-beer drinker, just as there are always plenty more options fuller in flavour, stronger or otherwise slightly unusual. Eight of the ten taps favour beer from independently owned Australian breweries, with the other two set aside for international guests, but the only real rule here is quality. Joe is by no means a hard-ass but if a beer is not exactly as it’s meant to be, it will be returned to the brewer rather than served to customers under any false pretences. To make sure he’s meeting his side of the bargain and ensuring the beer is well looked after, from chiller to glass, Joe invested in the kind of serious beer pump system you wouldn’t expect to find in pubs many times the size.

As the machinations of tap contracts continue to pervade the industry, Joe has also steadfastly declined offers from any and all brewers who want a permanent position at his bar. It is, he says, a more costly way of doing business but in return he gets total independence and freedom of what he pours. This is, after all, a neighbourhood bar so it stands to reason that everyone should be equally welcome.

Noble Hops’ bottled beer list consists almost exclusively of imports, mostly from the USA and Belgium, and at nearly 5o strong it’s full of special treats aimed at the more experienced, adventurous or simply inquisitive beer drinker. The list of American whisky surpasses even that of the beer in length, meaning the potential for testing out boilermakers is both enticing and endless.

If you’ve got an appetite that won’t be sated by the customary and complimentary bowl of warm popcorn, you can pop over the road, order a woodfired pizza from La Coppola and they'll deliver it to you back at the bar (minus the delivery fee, too). As for The Noble Hops’ kitchen, it’s become a quasi-brewery housing a Grainfather brewing system where the team can create pilot brews that will eventually pour through their own taps. To that end, Inner West brewers are already on board and keen to get these beers going on a commercial scale – and, when they do, some will use Noble Hops’ own hops, grown out the back of the venue.

In The Noble Hops Joe has squarely nailed the neighbourhood beer bar concept he had long wanted, and in doing so will have other neighbourhoods looking at Redfern with envy. 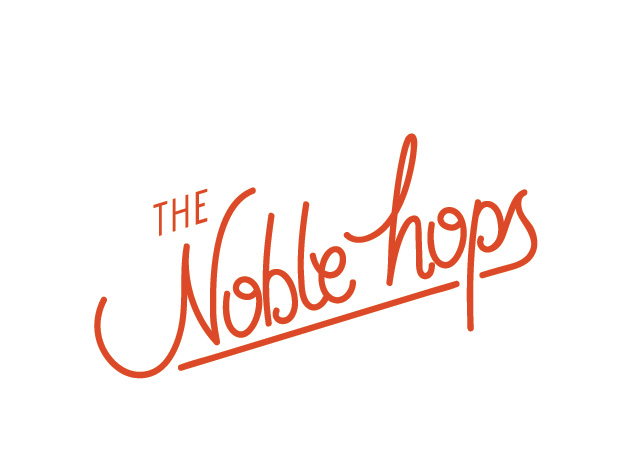 Happy Hour All Day Every Day