When you cast an eye over the range of customers that has pulled up a chair at the Hotel Lincoln in Carlton, the history of the place becomes abundantly clear.

Despite a reinvigoration of the venue in late 2014 when former MoVida Aqui manager Iain Ling took over the 160-year-old pub, it still remains true to its foundations. For Iain, too many neighbourhood pubs had been taken over only to be sanitised with clean lines and modern fixtures to fit the apparent desires of the middle classes.

To avoid the risk of ripping the soul out of the place, Iain and his team erred on the side of caution with their upgrades, simply adding a few illustrations here and there, and brightening up the white walls in the dining area behind the bar. The deco influence of the building’s exterior makes its way onto the walls, with liquor ads from the 20s and 30s spread around the walls, and 20s style geometric shapes adorning even the coasters.

The effect means the Lincoln has held on to its loyal customer base of students, tradies and locals, while adding enough interest for foodies, beer lovers and groups of young people to come calling.

The food menu received an upgrade too, thanks in large part to head chef Lachlan Cameron, formerly of Supernormal and the MoVida group. The menu ranges from cuttlefish to roasted spatchcock, to Wagyu beef with lentils, and all priced reasonably to keep the Lincoln from rising above its mantle as a neighbourhood pub first and foremost.

Nurturing their beer menu has evolved too, from just a couple of taps dedicated to local breweries, to taking part in beer events during Good Beer Week and regularly welcoming brewers through the doors for tasting sessions. The wine list focuses on small producers that can offer interesting releases, and the fridges can keep anyone happy, thanks to beers from across the style spectrum, and more than a couple of ciders besides.

Given the efforts the owners have gone to, the Lincoln is now the kind of place you could spend a fair few hours in every week. Dinner with friends on a Tuesday, a quick meet the brewer session on a Thursday, then a leisurely Sunday lunch with relatives could be achieved without a second thought. It’s almost dangerously easy. 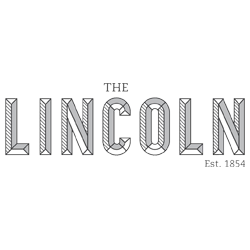 On tap at Hotel Lincoln