Seven years is a long time to wait for a beer. Yet the eternity spent transforming the site of a defunct food court in the heart of Perth’s entertainment district proved to be worth the wait as the Northbridge Brewing Co now sits proudly overlooking the grassed lawn of the Northbridge Piazza.

When the time eventually came in 2014 to fire up the newly minted brewery, the team brought in a local legend, Ken Arrowsmith, and asked him to draw on four decades of brewing experience. That led to a well crafted core range of beers with approachability in mind: Wheat, Lager, Pale Ale, Kolsch and a Mosaic and Galaxy fuelled IPA.

It’s a range that’s regularly supplemented by seasonal releases, launched under the guidance of brewer Andrew Dean at monthly Beer Club events. Here, the new releases are served alongside five other beers of the same style in a blind tasting – a case of backing their beers to stand up to their peers.

Those seasonals have become increasingly diverse and adventurous over time; while some have proven so popular they return at the same time each year, the brewers move with the times as well as the season. Past releases have included a Japanese Porter featuring Sorachi Ace hops, a grapefruit peel infused Saison and a New England IPA named James Street Juice, all of which are available to take home via the venue’s CANimal machine.

The beer choice is further augmented by beers from local and international brewers, from classic lagers and single batch releases from other breweries on tap to a further 80 cans and bottles to explore behind the bar. In short, whatever your mood when you call in, staff should be able to satisfy your needs.

NBC, as it’s known locally, has the punter experience in mind with a range of diverse areas in which to enjoy a beer or two while catching up with friends, at a private function or watching live sport on the screens throughout. The three level, architecturally designed venue is capable of hosting up to 500 people and, as well as the bar and dining areas, there’s a ground level beer garden and a roof top SkyDeck with views across to Perth’s city skyline. Recycled bricks, timber from the old Perry Lakes stadium and large wood beam from the former Art Deco Ford Motor Co factory in North Fremantle bring warmth and history to a defiantly contemporary building.

The kitchen gives pub classics and pizzas a modern Australian twist while daily food specials, the famous and suitably epic Man vs Food challenges and an annual Chilli Week keep things interesting. Add in DJs spinning tunes on Friday and Saturday nights and regular events that often spread into the neighbouring Piazza and you have a venue with broad appeal.

As the name and the shiny tanks on display make clear, however, fresh, locally brewed beer is at the heart of the operation – as at sibling brewpub Whitfords – ensuring NBC plays an important role in putting craft beer in front new faces week in, week out. 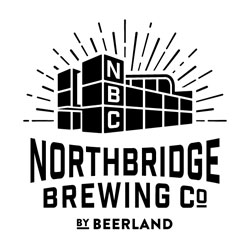