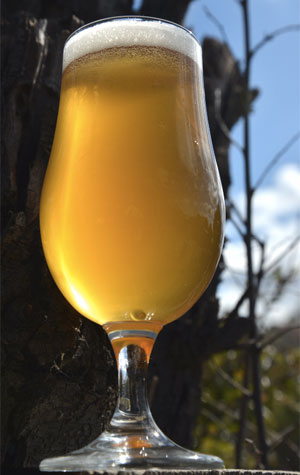 For its 2015 harvest ale, Yarra Valley's Hargreaves Hill has returned to the recipe from 2014 and given it a little rework. The beer is an American-style wheat, ie one that features wheat as part of the malt bill but without the spicy, fruity yeasts found in German or Belgian wheat beers. They've once again opted to showcase the Ella hop, which the brewers plucked themselves from the bines at the Rostrevor Hop Farm in the Victorian High Country.

According to brewer Kai Dambergs, it's "leaner on strength, while the quantity of fresh Ella hops has been approximately trebled". As such, he says atop the "light, soft and silky-smooth malt persona" you'll find "a fluid mélange of apricot, green mango, lychee, honeydew, white grape and sweet orange" in a beer he reckons is "balanced, gentle and seductively fruity".