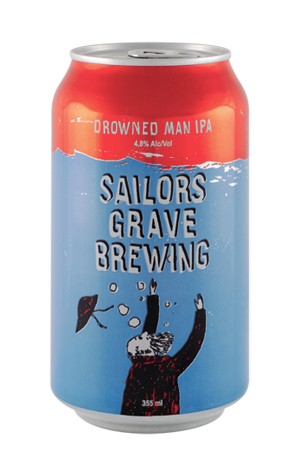 If there's one thing the early releases from Sailors Grave tell us, it's that Chris Moore prefers to deal in subtleties. Although, with the Drowned Man – tagged a session IPA – you have the exception that proves the rule. At less than 5 percent ABV, it's certainly in session territory and, with Chris having a palate that appreciates bold bitterness, it packs a punch that takes it into IPA territory.

It's an all US hop affair, with these contributing citrus, pine and spicy characters, while, as its nigh on amber hue suggests, there's a solid sweet malt backbone holding things together.