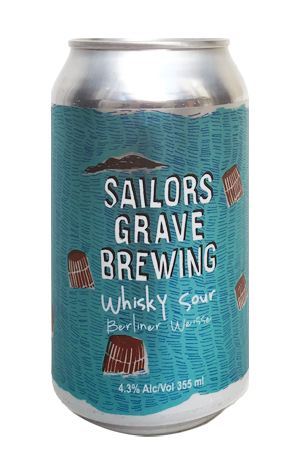 For their second limited release Berliner Weisse, Sailors Grave took one of the world's classic cocktails as inspiration, adding locally sourced Meyer lemons, candied oranges, Maraschino cherries and rye whisky to the mix. And it's a combination that makes for a quirky beer, even by the brewery's early standards.

It pours a pale, hazy straw colour with what appears to be the faintest of pink hues. On the nose, you'll pick up hints of sourness, bitter cherry and rye whisky, while joining the lemony acidity on the palate is a drying, oaky character. And, as with the Altocumulus, the impact of the lactobacillus is cleansing as opposed to puckering.