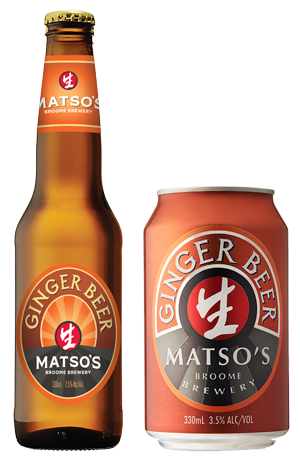 Matso's Ginger Beer has been a staple of the Broome brewery's lineup for many a moon, predating most such beers produced in Australia today and packing plenty of oomph on the flavour and aroma front while keeping booze content at mid-strength levels.

Indeed, the initial hit is so pungent you might be taken aback by a beer that looks like a cloudy witbier with a rusty tinge in the glass. There's something a little herbal keeping the lively ginger and syrupy sweetness company on the nose, while the ginger brings the heat at the end, finishing proceedings with a sprightly prickle on the palate.

NB It's gluten free too