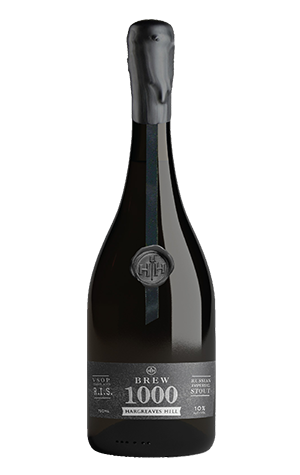 The recent vintages of Hargreaves Hill’s R.I.S. (Russian Imperial Stout) have been a favourite in these quarters, serving up a raft of sumptuous complex flavours in a beer that’s spent no time in oak. So, when we were told the brewery had decided to produce a barrel-aged version of that beer, you can imagine our excitement.

Apparently we’re not the only fans of the beer either, with others having called for barrel-aged versions in years gone by. So, when the Yarra Valley brewery realised they were approaching their thousandth brew, this is how they decided to mark the occasion.

Aged in V.S.O.P. brandy barrels, and with added vanilla pods and cinnamon, it's extremely limited, with only 300 bottles produced. As a Hargreaves RIS fan would hope, there’s an impressive mix of flavours inside. The aroma is almost straight sweet chocolate milk but drink it in and you pick up plenty of Cognac, cigar box flavours, plus vanilla, dark chocolate and liquorice, creating a combination fitting to mark such a milestone brew.