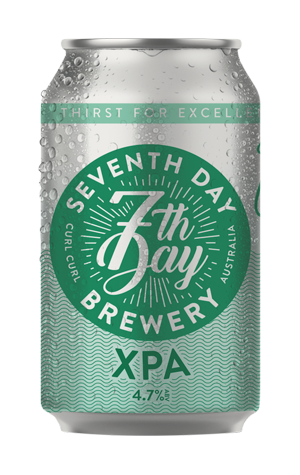 As XPAs continue to explode in popularity around Australia, it’s becoming more and more clear what people are looking for in an XPA: hoppy flavour paired with sessionability.

7th Day’s XPA sits light and clean in the mouth with a touch of grain amongst a flurry of tropical fruity hops, almost like an IPL (which I still say is an underrated style). Its easy-drinking nature is tempered as the bitterness reveals itself, washing in like waves on the beach as the tide comes in. But you’ll still find yourself reaching for another as soon as the final sip is gone.