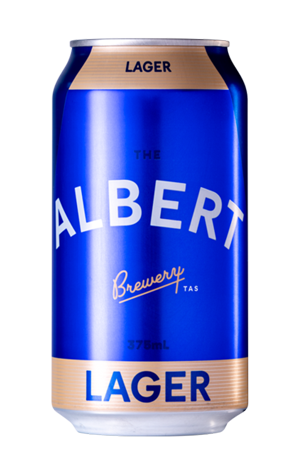 The Albert Brewery and Taproom

The Albert’s original and most widely available release, this Helles-style lager is designed to be both refreshing and full-flavoured. During those rare stretches of Tasmanian summer, many locals have found themselves reaching for an Albert Lager as their default selection either by the pint or the can.

It's not easy to find a beer that's perfect for the BBQ and which can be shared with both your Untappd addicted mate and your shandy-drinking nan, but while I'm yet to mix this with lemonade, there's every chance it will stand up. Pouring with a firm head, those rounded, almost honey-sweet malts take centre stage, leading the way with a hint of floral, spicy hops bring the gentle bitterness to aid a clean finish in what's a moreish, sessionable lager – the sort of beer Aussies have been knocking back en masse for the past century and more, but influenced by the German originals rather than the mass-market local interpretations.