The Di Pietro family is an enterprising bunch when it comes to creating charming, well stocked bottleshops. For more than 30 years, the Di Pietros have been running Diamond Creek’s Nillumbik Cellars, which specialises in fine wine, small batch spirits and craft beer.

Then, in 2012, Daniel and Trish Di Pietro opened Greythorn Cellars in Balwyn North when they felt the area could use a bottleshop that operated in the same vein as Nillumbik. Late in 2016, they further added to their alcohol arsenal by starting Vintage 72 in Rosanna.

Located in the Greythorn Shopping Centre, the aptly named Greythorn Cellars is very much a little brother to Nillumbik. And, like the Diamond Creek store, it started out with a strong focus on fine wines with only a limited range of craft beer available. But, since 2014, the team has been working hard to change that, particularly under the direction of Kathan Shaw, who has been pushing good beer to as many new recruits as possible since becoming Greythorn’s store manager.

Anyone walking down the quiet shopping strip where Greythorn Cellars resides will quickly realise just how seriously the bottleshop takes beer. Its front window is practically overflowing with a plethora of choice when it comes to craft beer, both from Australia and abroad.

For a small store, Greythorn Cellars has an impressive range by any standard; their bottle list is somewhere in the vicinity of 300 unique beers. While plenty of space is always available for Australian breweries, the shelves and fridges are well stocked with favourites from across the globe, particularly Belgian and German classics.

Greythorn Cellars also follows in the Nillumbik tradition that a good bottleshop needs staff with astute knowledge of their wares and a willingness to go above and beyond to get those beers, wines, or spirits a customer wants into the store. That’s something of a consistent theme in the surrounding shopping area too; Greythorn Cellars' close proximity to an old time style butchery and fruit and veg shop shows that there’s plenty of people in the area that are more interested in family run businesses than major retail chains.

Since early 2016, there has also been a concerted effort to keep the range under the Di Pietro umbrella somewhat uniform. This has the spin-off benefit of enhancing the group's buying power and thus makes those harder to get seasonals and limited releases a possibility at Greythorn. Don't be too surprised to walk through the doors and discover some unexpected gems.

Located in such an unassuming shopping area and with a specialised knowledge in beer, wines and spirits, Greythorn Cellars itself is something of a hidden gem. Anyone who struggles to find it could be easily forgiven, just as they'd be forgiven for not wanting to leave too quickly once inside.

Now they own and operate three stores, you can’t help but wonder if the Di Pietro family has its eyes on any other suburbs that could benefit from their approach to alcohol. One thing is for certain: there are still plenty of pockets of suburbia that could use a bottleshop like Greythorn Cellars. 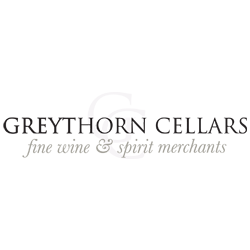