Common Ground Brewing isn’t the first brewery to talk about bringing people together and making people feel welcome. But founder Jimmy Young has a straight-down-the-line approach to keeping this at the centre of his business, starting with the name: Common Ground. It captures this idea that people are more similar than they are different, and yet diversity is to be celebrated.

Right from its beginning, Common Ground has been inviting other local businesses to join them in making beer together. At time of writing, Jimmy and head brewer Ben Lugg had already welcomed 27 South Brewing to brew a summery passionfruit pale ale, the gang from The Woods Bar to make a piña colada sour, and the Hop On Brewery Tours crew to collaborate on a brown IPA.

And it’s not just on the production side of things where everybody’s welcome. Common Ground’s spiritual home is Milton Common, a multi-faceted venue designed to appeal to a range of tastes. It’s made up of three separate spaces that customers can book for functions, events, and quality hangs.

Walk in the front door and you find yourself in The Brewery Bar. This is the space that holds Common Ground Brewing up for all to see. On the right, the shining brewhouse boasts how close the beer is made; on the left, 12 taps serve up Common Ground’s core beers and limited releases, with a cast of surreal animal-headed characters watching you from the decals. From The Commoner pilsner, to The Green Back American pale ale, to Dark Days dark lager, to Rebellion Irish red ale, most of the beers are designed with sessionability in mind.

As Jimmy puts it: “Stay for a long time and a good time!”

There are usually a few guest taps to champion local beer from outside these four walls, too.

The vibe in The Brewery Bar is laid-back industrial, with polished concrete floors, stools at high tables and a black folded-steel bar top making things sleek and simple. Beer is definitely the hero here – the stainless steel fermenters loom large, some of the taps pour straight from tank, and the tasting paddles are shaped like hop cones – but a well-stocked back bar and a selection of Aussie wines is available as well. The food is Asian fusion pub grub (think share platters, burgers and pizzas with a spicy Korean twist) and the tunes are always pumping. Try your hand at trivia nights, lighten up at comedy nights, psyche up at the footy game on the TV.

Upstairs, there’s The Mezzanine. This is where you come to relax with softer lighting, comfy bench seats, and greenery everywhere. You can still get Common Ground beer on tap, but the bar up here mainly focuses on slinging cocktails and showing off a slick range of spirits, with plenty of local gins, whiskies and rums on offer. (One of the spirits, Milton Rum, is distilled less than a kilometre away. It doesn’t get much more local than that.)

Head out the back and you’ll find your way to The Gallery, a room lined with local artworks that rotate every month. Since traditional art galleries charge commissions and high setup fees, many artists can’t afford to host their own solo shows. For Jimmy, this made The Gallery a no-brainer way to give back to the community.

“We get awesome art on the wall, and they get to exhibit,” he says.

Hang out under the twinkle of fairy lights, rest your drink on a wooden barrel, and enjoy the company of good people while you practise your art lingo. This is also the space where regular events like beer yoga and Paint’n’Pints are hosted, so there are plenty of ways to pair your beer with a side of culture.

Maybe you’re booking out a space for your own event. Maybe you’re just showing up for a beer. But Common Ground is all about beer that builds community. For now, that’s mostly community at Milton Common. But Common Ground is working on an expansion so that, by the end of 2021, a new custom-designed brewhouse and a canning line will put more beer out into the world, allowing Jimmy and the team to ask more drinkers: "Have you found your Common Ground" 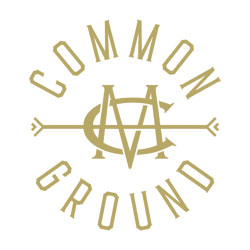 Tues to Sun: midday to midnight

Plenty has changed since we first ran our Crafty Crawl guide to Milton and Paddington. Some venues have changed, others have gone, new ones have appeared. So here's an updated guide to the good beer to be found there. Common Ground Brewing The Green Back

The Green Back American Pale Ale is more USA than a mortgage-backed credit default swap. Make no mistake, however, there is nothing subprime about this beer. With an all-star lineup of Chinook, Centennial and Amarillo hops the beer bursts with bold (promissory) notes of fresh citrus and pine. The Green Back pours light in colour, its body is pared back and the finish is drier than the minutes of a Federal Reserve Board meeting. Brewed to be consumed on a sunny Brisbane summer’s afternoon, this… Read more
Golden Yellow As the name suggests, the beer is dark. So dark it easily absorbs the seedy, red light that falls menacingly over Milton from the suburb’s giant, illuminated Xs. Light-absorbing qualities aside, the beer is a classic. It took out a Gold Medal at the 2020 Indies and it’s not hard to see why. Again, like so many of Common Ground’s beers the focus is on drinkability and this stout certainly fits that bill and should be considered an all-year-round beer even in the fetid depths of Brisbane’s… Read more
Black Rebellion Irish Red Ale is a beer for those that prefer their malts kilned and their Irelands united. Hugely popular with the locals at Milton Common, who clearly know a good thing when they find it because finding the style these days is like chancing upon a shamrock in the middle of Park Road. The beer pours true to the style’s signature tawny red hue and on the nose it's dried fruits and caramel. The body is full, malty and with hints of toffee, but is in no way sweet or cloying, and the result… Read more
Red A decent mid-strength is a must for a brewery that's as much about the function it serves to its locals and community as much as it is about the beers themselves. Given Common Ground Brewing is also a stone’s throw from the spiritual home of arguably Queensland’s most famous mid-strength, XXXX Gold, the stakes couldn’t be higher. Fortunately, Common Sense rises to the challenge in providing all and sundry with a flavourful alternative to you-know-what. The beer itself has a decent body with… Read more
Golden The Broncos are cemented to the bottom of the NRL ladder. Hamstrings and calf muscles are being torn apart like a game of two halves. Club management has been sacked and the light is visibly receding from Kevin Walter’s eyes. These are dark days. Happily, they now make a drink for that. Enter Common Ground’s Dark Days Dark Lager – and there’s no surprises this is one of the brewery’s best-selling beers. Coffee and caramel aromas are abundant and complement the beer’s restrained but decidedly… Read more
Dark Brown The Commoner is undeniably a game day beer for those heading to or from the ground formerly known as Lang Park. Just down the road at Milton Common, the beer is poured directly and unfiltered from the bright tank, so has a slight golden haze to it. There are some floral qualities on the nose – and little spice too – but nothing so overbearing it distracts from the fact this is a clean, crisp and drinkable beer. It’s joyous, familiar and, despite its name, there’s a decent chance this could… Read more
Golden Yellow It’s not so common these days to find a West Coast IPA that is assertively malt driven. Common Ground’s Commondeer – name aside – is that rarer find that tends towards the malty, caramel side of things. It’s bitter alright and is true to style but it’s not a freakshow specimen of a beer. There’s strong orange citrus, pine and grapefruit aromas from the Simcoe, Azacca and Centennial hops in the bill. It’s full and resinous in the mouth and any dankness is balanced by the beer’s… Read more
Golden