As ever when we convene a Blind Tasting Panel, we ask our resident beer scholar, Chris Brady, a home brewing pasta maker turned brewer at Holgate Brewhouse, to give us some insight into the style being tackled.

Our most recent panel looked at English ales, which initially sounds like a ridiculous thing to do as that could incorporate everything from bitters and IPAs to porters, browns, stouts, strong ales and so on. However, we narrowed it down to those that we felt shared some characters, indeed lineage, between them: bitters / English pale ales; ESBs; and IPAs (India Pale Ale).

We'll publish the results of the tasting tomorrow; in the meantime, here's Chris with a wistful look at the beers of his mother country.

English Teeth, English Teeth!
Shining in the sun
A part of British heritage
Aye, each and every one.
English Teeth, Happy Teeth!
Always having fun
Clamping down on bits of fish
And sausages half done.
English Teeth! HEROES' Teeth!
Hear them click! and clack!
Let's sing a song of praise to them -
Three Cheers for the Brown Grey and Black.

Much like English teeth, the term “English Ale" covers a huge variety of styles (and hues). Three of the most renowned are Bitter, ESB and IPA.

All three styles of English ale share some general characteristics. Traditional examples will use English malt varieties that can lend a certain biscuity character. Hops will be English cultivars so the flavours and aromas will be more along the subtle earthy, floral, gentle citrus side of the flavour wheel rather than the pine tree bedecked with tropical fruit effect of some New World varieties. English ale yeast strains also have their own bag of tricks to bring to the party and can provide fruity hints of anything from pear and apple all the way through to dark plums and figs.

Water also plays a part. The really successful hoppy English beers were traditionally brewed in Burton-upon-Trent due to the nature of the local water (specifically its calcium sulphate content which helped accentuate crisp, dry and hoppy beers). Many other brewers decided to “Burtonise" their water through the addition of mineral salts such as gypsum. In fact, certain examples of Burton beers can display a slight sulphurous tang from the hard water that is hilariously referred to as the Burton Snatch.

In spite of all this, it's worth bearing in mind that style guidelines are just that and brewers being contrary beasts will brew whatever they please.

Bitter is the national drink of the English and, as accents can and do change from county to county and even town to town, so the type of bitter on offer will change too. Bitter can be further divided into three styles: ordinary Bitter, Best (or Special) Bitter and Extra Special Bitter. A good English bitter is a beautiful, easy-drinking beer with a mélange of flavours from malt, hops and yeast. Despite being known as “bitter" these beers possess none of the enamel-stripping power of some of the more recent beers styles hailing from America's North West.

Historically, Bitters were originally called Pale Ales, at least by the brewers. However, pump clips (labels) weren't really commonplace in British boozers until the middle of the 20th century, so prior to that when a punter ask for a 'pint of bitter' they meant 'I'll have a pint of the one that's more bitter than the other one that's not so bitter'. The name stuck and eventually the brewers started using the name too. The name's not really important though. The magic is the pint of full-flavoured, full-bodied beer that can weigh in at as little as 3.5 percent ABV.

You want a pint of bitter, but it's your birthday, or Thatcher just carked it, or Blur just released a new album, whatever, it's a special occasion – extra special even. Well, how about an Extra Special Bitter? It's like a special bitter, only more so. The beer that takes the bitter-naming protocol to its obvious conclusion is such a recent phenomenon that we can pinpoint the moment of its invention: in the British winter of 1969, Fuller's of London released its Winter Beer. By 1971 Winter Beer was effectively re-launched as ESB and practically invented a new sub style overnight. Today Fuller's ESB (5.9 percent ABV in bottle, 5.5 percent ABV in cask) is still the defining example with its full, chewy body of toffee malt balanced perfectly by lip-smacking citrus hops that call to mind a particularly dark and tart Old English Marmalade. 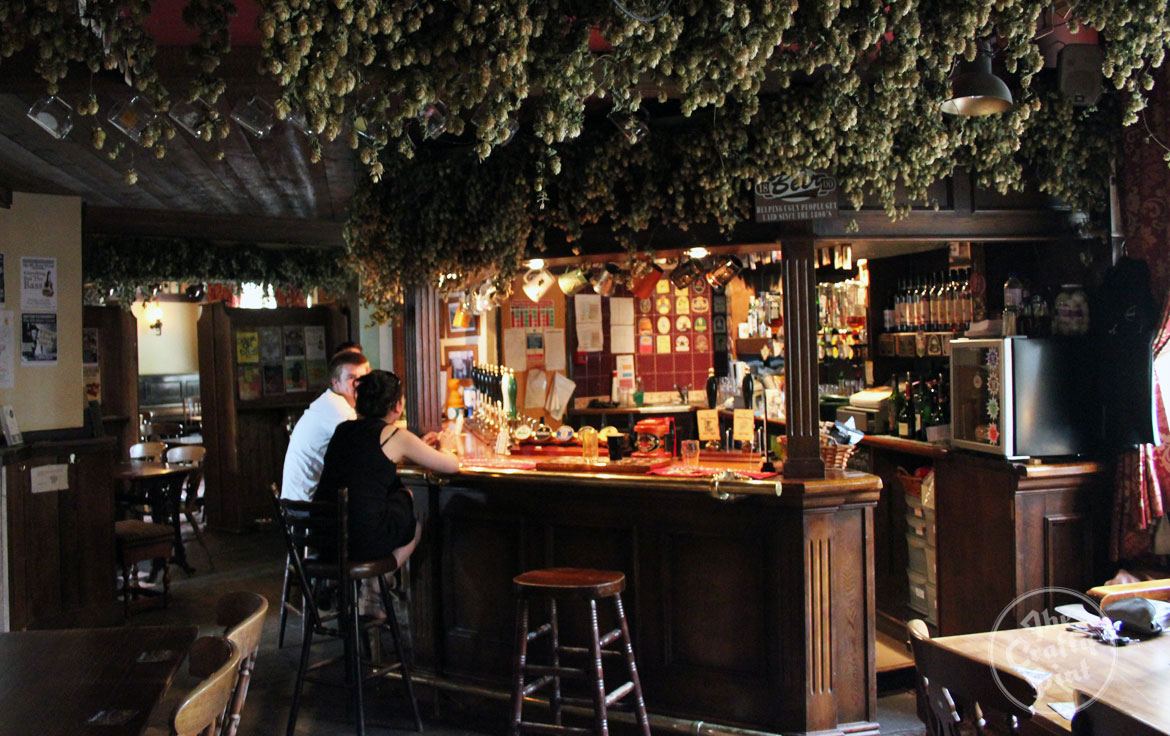 India Pale Ale. Surely everyone has heard that hoary old chestnut about how in the days of the British Raj, English Pale Ale was so thirsted after by all the stiff-upper-lipped troops in India, that British brewers were compelled to ship it over. Unfortunately, the beer failed miserably to complete the voyage on account of its weak and feeble nature. So our plucky brewers, in need of a preservative fix, dialed the hops and booze up to eleven and lo and behold the IPA was born. Except it wasn't.

Like much of beer history, the truth is more an obscure tale of incremental change. From the 18th century onwards, well before any mention of IPA, British brewers were already successfully exporting huge quantities of pale ale and porter to British India. IPA wasn't really invented as such, it was more a case of regular pale ale morphing into a beer that satisfied a particular demand for something just a little different. Before any beer was advertising as IPA, breweries would spruik beer as being “pale ale as prepared for India", it was only later that India Pale Ale became a term and there is no evidence that these beers even contained higher levels of alcohol or hops. Indeed, the original IPAs were around 6 percent ABV while regular pale ales and porters were often considerably stronger at 7 percent ABV plus. It isn't even clear that IPA was the favoured drink of the British in India as records of the time suggest that although the upper echelons of society drank pale beers, the rank and file stuck to London porter.

Today the situation is far simpler, or at least I wish it were. While it is true that many modern English IPAs are stronger and hoppier than regular pale ales/bitters there are also many examples that aren't. So what exactly is an IPA? Buggered if I know. But let's stick with 'a strong, hoppy pale ale' as it'll be the correct descriptor for at least some of the beers labeled English IPA.

Although much of the above refers to the exemplary indigenous ales of England, these styles of beers are being brewed here in Australia with some examples being quite traditional (such as 3 Ravens English and Holgate ESB) and others being of a decidedly modern bent (the New World hopped ESB from Hargreaves Hill). And, while they're not nearly as prevalent as New World hopped beers over here, 4 Pines very traditional ESB beat all-comers, New World and otherwise, to the Champion Pale Ale trophy at last year's Craft Beer Awards.

In spite of this, your respectful scribe feels that as with pop bands (like Blur) the stuff you get in England is usually better.

Disclaimer: the writer is English, biased and can't get enough of the new Blur album.

Find out if English ales from England really are better when the results come out tomorrow...