The Local Taphouses in Melbourne and Sydney were among the first quality craft beer venues to open in Australia. They've hosted many innovative and Australia first events and helped inspire other venue operators.

Their co-owners, Steve Jeffares (above left) and Guy Greenstone (above right), have contributed much more to the local beer scene too. Probably the most ambitious and driven duo in the Aussie beer world, they have created one of the most colourful beer festivals in the world, GABS – or the Great Australasian Beer SpecTAPular, to give it its full title – which returns to Melbourne this weekend then launches for the first time in Sydney.

They have their own brewery, Stomping Ground, coming to Collingwood this year too and, to be honest, the list of ideas they've explored that haven't (yet?) come to fruition would be enough to keep most people busy. So, here they are in their own words, as our latest Craft Beer Heroes.

Guy Greenstone: I discovered great beer while in Canada on a snowboarding trip 19 years ago. I fell in love with it. My first job out of uni was in brewing as a Chemical Engineer where my passion for the product just continued to grow.

Steve Jeffares: The beer community. I also love creating enjoyable experiences and places to help people navigate their way through their beer journey. The more people the merrier.

GG: Pretty much since my first job out of uni. I've been an advocate for better beer, sometimes to the boredom of those around me. I'm a little less evangelistic these days but will still bend any ear that will listen. When I first moved to Melbourne in 2001, I would even try to get better beer on at my favourite 'Local', which is how I met Steve.

SJ: In my first bar, The St Kilda Local, I installed a rotating craft tap in 2001 so I could indulge my growing interest in beer from Australian microbreweries. It was when the customers starting enjoying the beers as much as I was that I started to research what would become The Local Taphouse.

GG: An Operations Engineer in a massive brewery in working on a Best Operating Practice project. We would taste beer prior to release every morning at 9am and I remember thinking that I must have died and gone to heaven. I was the envy of every one of my mates.

It gets back to the fundamentals of what community is all about… where you know the name of the person who brewed it and the person who put it in the glass for you.

SJ: Before the commoditisation and homogenisation of beer, breweries were mostly community focused and brewed a relatively wide variety of styles. I get tremendous satisfaction from being an advocate for the re-emergence and blossoming of beer diversity and community breweries today.

GG: I've been so lucky to be involved in an industry that I love and am passionate about. While there have been some professional successes (and failures) along the way, I still think my proudest moments are the times when I encounter someone who says: “I don't like beer” and I sit with them, going through a paddle of Australia's finest brews and get someone to say: “Wow, I had no idea beer could taste like that.”

I still get a real thrill out of that. And I love what we do we with GABS and The Local Taphouse which allows that to happen all the time,

SJ: Having the Great Australasian Beer SpecTAPular (GABS) recognised as one of the best 20 beer festivals in the world by the prestigious Beer Connoisseur magazine. We always aim high but to be in the company of such well-established and revered festivals around the world is both humbling and thrilling.

GG: If I go to a fantastic restaurant that cares about their menu, their wine list AND (heaven forbid!) their beer list, I feel as though I'm in Nirvana. We've come so far but we still have so far to go!

GG: A well-balanced mix of the lot. Or HOPS. Or YEAST. Or MALT. What's the time? You're making me thirsty!

SJ: A happy marriage of all. 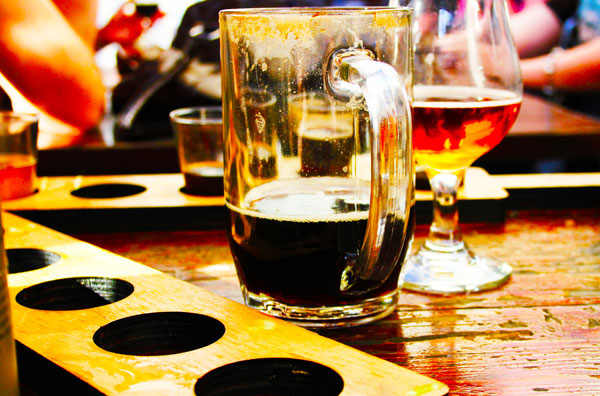 GG: I'd sit down with them with a paddle of strategically chosen beers based on where I've judged their tastes to lie (after first persuading them that I need more than just one minute)!

SJ: With a tasting paddle. I haven't found a better way to introduce any beer drinker to new styles than with a variety of samples. To see people switch on to new beers and styles they haven't previously discovered is why I get out of bed each morning.

SJ: I have had great success winning over people with these three diverse beers recently: Two Birds Taco, 4 Pines Kolsch and Holgate Temptress.

Thanks, guys. You can still purchase tickets for GABS via the festival website here. There are five sessions in Melbourne between May 22 and 24 and two in Sydney on May 30. 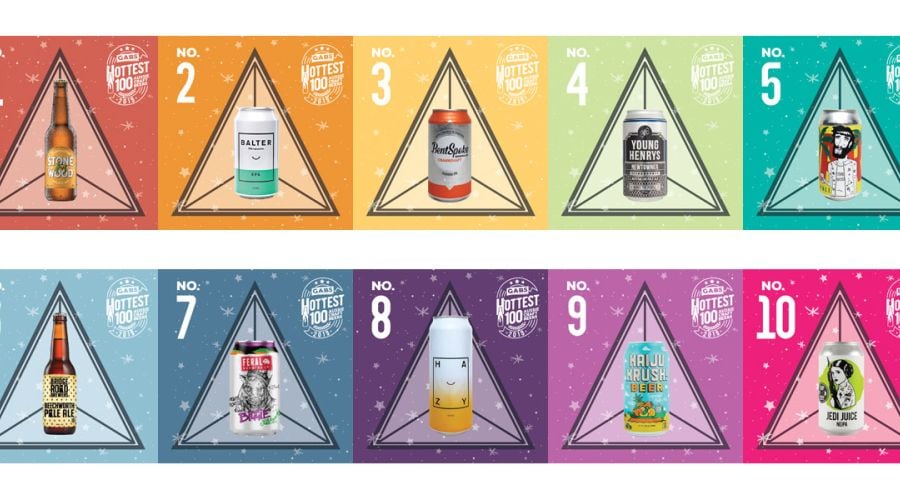 The people have spoken and Pacific Ale is back on top of the pile. We chatted to the new team behind the Hottest 100 to see what they made of the 2019 countdown. read on