As the full scale of the floods in Queensland and Northern New South Wales becomes apparent, a number of fundraising drives have been kickstarted throughout the Australian beer industry. We’re going to list them here in the hope you can find one (or more) to support.

The Stone & Wood brewing team (see above) was already brewing a new beer to be unveiled at the forthcoming Great Aussie Beer SpecTAPular at The Local Taphouses, which is itself raising funds for the appeal. They’re now brewing more of it (it’s in tanks as of today) and have entitled it Red Relief. The plan is to send it to pubs for nothing more than the cost of the excise they have to pay to the Australian Tax Office (although they plan to work on that side too) and then ask pubs to give “the lion’s share” of their takings over the bar for each keg to the Queensland Flood Appeal. It has the potential to raise $20,000.

Jamie Cook, from Stone & Wood, says: “Brad and I are born and bred Queenslanders – I remember cleaning up after the 1974 flood – so we really feel for our brothers over the border. We’re donating our raw materials and brewing time and thought this was a good way for us, our customers and their customers to get involved. All the punter has to do is drink the beer – and they’d be doing that anyway!”

As for the beer, it’s a darker number than the two regulars from the Byron Bay brewers – and an early prototype for what could become a permanent (or at least semi-permanent) member of their lineup. According to the brewers, it “follows no real style guide but is a dark red ale brewed with an array of malted grains”.

Jamie says: “It’s a beer that we’ve had on the go for a while, something of a trial brew that might be out later in the year. It’s for the three weeks in the year in which it actually gets cold in Byron – a darker, warming ale.”

It will go on sale for the first time at the Great Aussie Beer SpecTAPular (see below) and hit other bars in the second half of February. 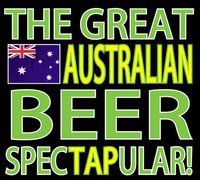 It’s an event that promises to be one of the best celebrations of Australian craft beer yet and now anyone who attends will be helping those affected by the floods. The Local Taphouses have invited 22 Australian microbreweries to great one-off beers for the events, a request that has led to two collaborative brews and an explosion of creativity. You’ll find more details here and here, but for the purposes if this piece, all you need to know is that all donations taken on the door in both Melbourne and Darlinghurst will go to the Flood Appeal.

Australia’s most active online beer forum has set up a means for members of www.aussiehomebrewer.com to donate through Paypal. As of the posting of this article, this had already raised well in excess of $2,300. If you’re a forum member, head here to donate. 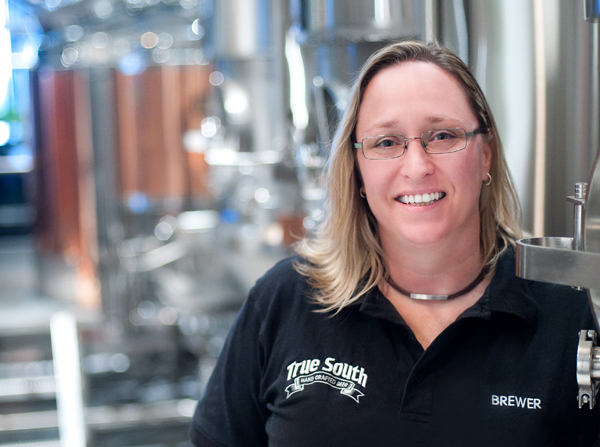 The Black Rock brewery will be donating all tips taken tomorrow (Friday 14/01) to the Appeal. On top of that, brewer Sam FÃ¼ss says: “Iâm going to personally match every $1 donated with 50c from my own pocket, on top of the $100 Iâve already donated. Grant and Brendan Dow (the owners) will also match the offer.”

Owner Rob Burness says his Windsor bottleshop-where-one-can-also-eat-and-drink will be giving 10% of all sales this week to the Appeal – plus all tips. They’re also lining up a couple of special fundraiser tastings – details to follow…

Collingwood’s newest beer venue is going to give a dollar from every Black Giraffe from Queensland’s Burleigh Brewing to the Appeal Fund. As beer manager James Greenfield says: “Every bit counts…”

According to their FB page: “We’re putting on a fantastic lineup of beers, including Emersons, St Bernardus, De Ranke + more tbc. Tim has donated two bottles of Westvleteren too!!”

It’s in store from 3pm, costs $30 per head with 100% donated to the Premier’s Flood Relief Fund. There’s a maximum of 20 places. Email shop@internationalbeershop.com for more info or to book a spot.

From 5pm on January 21 sales from every pizza and pint sold at Giant Steps / Innocent Bystander in Healesville will go to the Queensland Premier’s Flood Relief Appeal so head there and tuck into some White Rabbit beers for a good cause. Details here.

We’ll add more as and when we hear about them. If you’re aware of anything else taking place within the industry, please email the details to crafty@craftypint.com or add a comment below.