Well, what a palaver! A light-hearted poll to get people talking about craft beer turns into a spiky bun fight. Who’d have thunk it? While the debate continues elsewhere on this site, with comments ranging from the angry to the measured, the befuddled to the informed, we’d like to say one thing: “It’s beer, folks!”

That’s right. We haven’t voted for the return of borstals, mandatory euthanasia for people who are right-handed but kick with their left foot, or even a new law making it compulsory for Tony Abbott to wear nothing but budgie-smugglers and a spinning bow tie in Parliament. No, we’ve voted for beers we like and, as a result, helped spread word of Australia’s growing but still ever-so-small craft brewing industry that little bit further. And whatever you may think about some of the beers on the list or how they ended up where they are, step back a second and acknowledge that they make for a pretty amazing array that should make anyone who wants to see better beer spread across Australia feel at least a little bit warm inside.

If you don’t believe contracted beers or those from companies attached to the major brewers should be there, you’ll still find 65 to choose from. If your favourite brewery hasn’t featured as highly as you expected, ponder how much better they might have fared if they only had one or two beers instead of ten splitting their vote. By all means make your feelings known and rage on, but don’t be blinded to the bigger picture, which is that with polls such as this and the debate they spark, good beer’s the winner.

And, if we go by positions on the poll, so are McLaren Vale and Kooinda, probably the two biggest stories of this year’s poll. We’ve spoken to both. Here’s what they had to say…

Their Vale Ale finished top and their Dry lager, released in the past few months, came in at nine. Both are currently brewed under contract at AIB in NSW as the brewing company awaits delivery of the brewery it hopes to have commissioned in May this year. We spoke to Adam Trippe-Smith, founder and CEO, who has also posted a lengthy comment on the site. 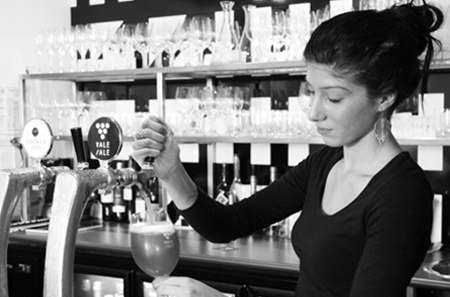 On the result
We are totally shocked. Our jaws dropped when we were number one, but we were delighted.

On their campaign
I was getting a lot of other Facebook posts coming through from other beer companies and thought we should do the same and give people the option to vote. We put it on Facebook and Twitter and to our database and hoped that we might make the top ten with Vale Ale and get the Dry listed.

Any beer company will give their customers the option to vote. That’s what doesn’t make sense in the comments – people only go onto your database because they like what you’re doing and some of the positive comments get that. You’ve got to get people to like your produce before they’ll vote for you.

On the negative reaction
We’re not surprised, to be honest. What people on the East Coast don’t see is that in the little old Adelaide market we are reasonably prominent – active in the community and sponsoring events – so we stand out. It’s not unlike how Coopers started. South Australians are pretty parochial and rally behind us.

It also shows the power of our strategy of only having one beer. I examined the market for six months before getting involved and where some people have ten or 12 beers, all we had to do was to get people to vote for Vale Ale.

On insinuations they behaved in an underhand manner
I can categorically state that we offered no incentives whatsoever for people to vote for us.

On the future
We’ve been transparent about the beer being contracted from day one. We’ve ordered a 35 hectolitre, four vessel DME system that will give us an initial capacity of 1.2m litres a year which we can increase to 2.4m. Bruce Peachey is overseeing the commissioning and we’re now just waiting for the stainless steel to arrive.

When we started out, we had cash that we could put into a brand or sink into a small brewery. We decided that without a brand, we were wasting our time. We wanted a reasonable sized brewery and are now going to have the same setup as Moo Brew [whose new brewery is under construction]. It will make us the third largest in SA.

On the poll
It’s opened up a lot more beers to people with some of the new beers on the market doing well. The massive, hoppy, really out there beers aren’t going to see volumes in the market; the gateway beers are the ones that get people off the likes of Carlton Draught. 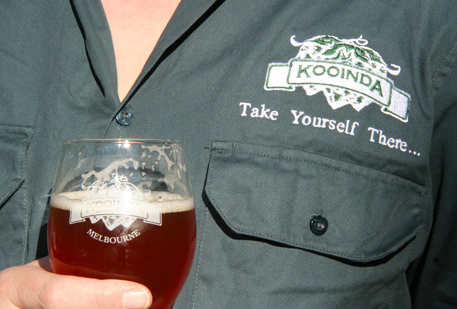 Five blokes and their families are behind this small suburban brewery that started out in a shed in the backyard of a Melbourne house but has now moved to a nearby industrial unit. They produce just one beer so far, a big American Pale Ale that claimed fifth spot. We spoke to Fenton Roffey.

On the result
Number five is huge. To be that high is ridiculous. I couldn’t believe it – it felt like winning an international beer award. Mind you, I rang the boys straight away to tell them and they were just, ‘OK. Cool.’ and I was like, ‘No. It’s grouse!’ I think a lot of it is that people know how hard we’ve worked so they’ll back us 100 per cent.

On the future
We’ve just been pushing it here. Jamie and Mick are now at the brewery full time, five days a week and getting paid a wage. Travis and Rob are doing what they can and we’re all getting the weekend off at last. We’ve been working on a Belgian witbier with coriander and orange and have added some raspberries to it for the Great Australian Beer SpecTAPular. [He won’t confirm whether this will be the long-awaited second Kooi beer, but says they are looking at something a little more “back to basics” given how big their first beer is.]

We’re going to milk this [result] for all it’s worth! We’ve done the hard work, but are still putting in money – none of us have anything back yet so now it’s time to really push it. We’ve just had calls from Queensland and The Wheaty in Adelaide so hope to get the beer out further.

On the poll
At the end of the day, the industry wins. If people try number one or number 100, it still means they’re aware of 100 beers.