Gavin Parker didn’t seek to work with beer. The industry came, got him and quickly turned his company into a key player in Australian brewery marketing.

Any drinker at almost every pub and festival in the country has seen the handiwork of Sun Industries, even though they probably don't know it. And many a beer guru has relied on the WA company’s products to encourage drinkers towards their beers.

Sun Industries make decals – those badges displaying brewery brand logos that sit atop beer taps – for operations across the world. As The Crafty Pint visited the Perth factory, a major deal had just been completed with a brewery in Switzerland.

Gavin, the company managing director, and sales manager John Stoneham admit they like tasting the raft of beers now on offer but didn’t consider themselves craft devotees. Indeed, they weren’t actively seeking a role in the market.

However, Sun Industries had earned a reputation since 1956 for building quality industrial name plates protected from the elements by resin.

“So Brendan Varis from Feral rang out of the blue about seven years ago and asked whether we could do decals for his brewery,” says Gavin.

“Even if I had woken up one day 10 years ago and said I was going into beer decals there wouldn’t have been a demand. The big brewers were just about the only beers in the pubs and they didn’t change their branding much or have a regular turnover of decals. Now it is different.”

As is often the case in the brewing industry, word of mouth over a few beers prompted a steady rise in phone calls to Sun Industries.

“At one stage we doubled our business in beer decals each month for about six months,” Gavin says.

Sun Industries has about 100 breweries on the books. Apart from Feral, fellow WA brewing companies Cheeky Monkey Brewery, Sail and Anchor, Blue Mile Brewery, Bickley Valley Brewery and Eagle Bay Brewing are among clients, with many more in other states.

A startup brewer with four varieties can get enough decals for their initial stage of release for about $400. But it is a significant marketing exercise. In pubs, the decals are the first point of contact between the brewery and customer making it crucial that the message is presented professionally.

Parker has also been working with Bridge Road Brewers on a two-way decal that not only highlights the beer on tap for the punter but also helps bar staff advise the drinker what they are consuming: on the pouring side of the badge is a rundown of hop and malt profiles and short tasting notes (see photo at top).

“A lot of bar staff come and go and with brewers changing their beers it is important those behind the bar are educated in the beers so they can tell the customers,” he says.

“After talking to brewers we’ve found that a lot of people now like to know what goes into what they’re drinking.

“So the new decal design is a win for everyone.”

Read our article with tap handle sculptor Rain Gidley, who has been working with the likes of Moon Dog, Temple and Boatrocker here, or check out the tale of BentSpoke regular Peter Rogers, who carves the handles found at the Canberra brewpub here.

You can also read an article on another business that is a direct result of the growth of craft beer in Australia, an Adelaide Hills hop farm, here.

If you're involved in a business that is thriving or has started as a result of the growth of craft beer in Australia, we'd love to hear from you. 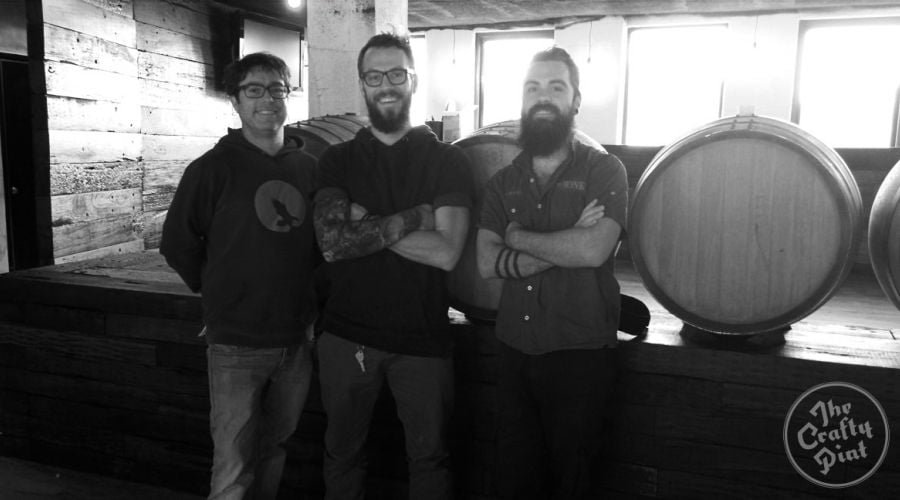