Nic Sandery is on a worldwide beer tour on which he plans to take inspiration for his new brewing company, Molly Rose. You can read our story on his plans here.

While on the road, he is sending us a series of articles documenting his travels, starting with this report from Japan.

Why did you choose to start your trip in Japan?

I chose Japan as my first port of call because I knew they had a growing craft beer scene. I had met a Japanese local while judging at AIBA (Australian International Beer Awards) last year and he really sparked my interest in visiting the country.

I wanted to see and compare how brewers in another country and culture were handling a transition from drinking almost exclusively macro lager (and lots of it) to craft beer. Also I had heard that Japan is a really fun place to visit.

I flew into Osaka and travelled by train to Kyoto, Nagoya, Shiga Kogen and Tokyo. Transport around the whole country is amazing and easy.

I had some inside knowledge. Yuichi, who I met at AIBA, wrote me a fantastic list of breweries that I should go visit and the cities they were in. Then I just kind of winged it as I went along, taking hints from people I met along the way and getting lost a few times – in a good way. I am purposely travelling fairly light so I can be flexible with what I am doing.

I went in with a fairly open mind and not really knowing what to expect but I was definitely blown away by the passion that everyone in the industry has for making and serving the best beer that they can.

This attention to detail can also be seen across the board in Japanese culture, [with] every plate of food presented immaculately, from expensive sushi places to cheap, standing only soba restaurants (serving buckwheat noodles). Glassware and serving of beer was sacred with each bar having its own particular way, which was followed religiously by each member of staff.

The beer was really well made and very fresh in every place I went. Which, again, is unsurprising if you talk with any of the brewers as they do not and will not compromise the perfection of any of their beers for any reason. They also have the cleanest and tidiest and breweries I have ever seen.

Much like in Australia everyone in the beer industry was very friendly, welcoming and very happy to talk about their experiences and share their knowledge and time, especially over a beer.

The thing that blew me away was the hospitality that I was afforded in every place that I visited. Hospitality and service is an art form in Japan. Being greeted by each member of staff in a joyful welcome greeting on entering any izakaya sets a tone of happiness and fun before you even get handed your first beer and plate of delicious food.

Making a big, awkward Aussie guy feel welcome and at home in a 10 seater bar full of Japanese people is an admirable skill, especially if you cannot communicate in the same language as him.

If you have read my blog (which you can do here) you will also see that I loved the beer and music festival I went to called Snow Monkey Beer Live.

Japanese food goes really well with beer. So you will definitely see some pairings there from time to time. Japanese attitudes to hospitality and service were incredible and I'll be drawing from that experience.

I really like the way that brewers blend non traditional ingredients into hybrid beer styles to add highlights and complexities while still remaining balanced.

While I was already sold on the idea of refrigerated transport, if they use it in Japan in winter then it is an absolute no brainer in Australia. With the cost of beer production as high or higher in Japan than Australia there is no excuse for me not to.

The most common size keg is 10 litres in Japan and I think this helped a lot of bars with multiple taps pour really fresh beer all the time. Tax laws make it almost prohibitive in Australia to serve in any other size than 50 litre but I will definitely be punching some numbers and chatting with a few bars to see if I can't make something work. Fresh is best.

Any tips for people travelling to Japan?

The Japanese culture of eating and drinking with friends and family is definitely one of the best food and drink cultures I have seen anywhere in the world. I recommend finding the area in whatever city you are in where the locals go out for food. Then all you need to do is step into any bar / restaurant with an open mind and a big smile. Grab a beer (or sake) and one or two things to eat at each place and move onto the next one. It will be one of the best nights of your life.

If you love ramen (and, seriously, who doesn’t?) check out Ramen Adventures for tips on where to score some great bowls. If you really love ramen, Brian (who is a minor celebrity and eats ramen around the country on Japanese Food TV as a guest foreigner) runs ramen tours.

Japanese Times is an English language magazine and website with some great features and information on craft beer in Japan. You can grab a hard copy at most brewery taprooms.

Use Google Maps for public transport; it tells you how much the trip will cost, the transfers, the times and even the platforms you need to be on.

Drink some sake but be careful, the good stuff is way too easy to drink at 15 to 20 percent ABV and can be very dangerous.

Most breweries are out of the cities as real estate is too expensive but I definitely recommend catching the several trains and buses out to visit one as the adventure to get out there is really interesting and often very pretty.

Thanks, Nic. Sounds like the trip has got off to an amazing start.

You can find other articles by Nic here. 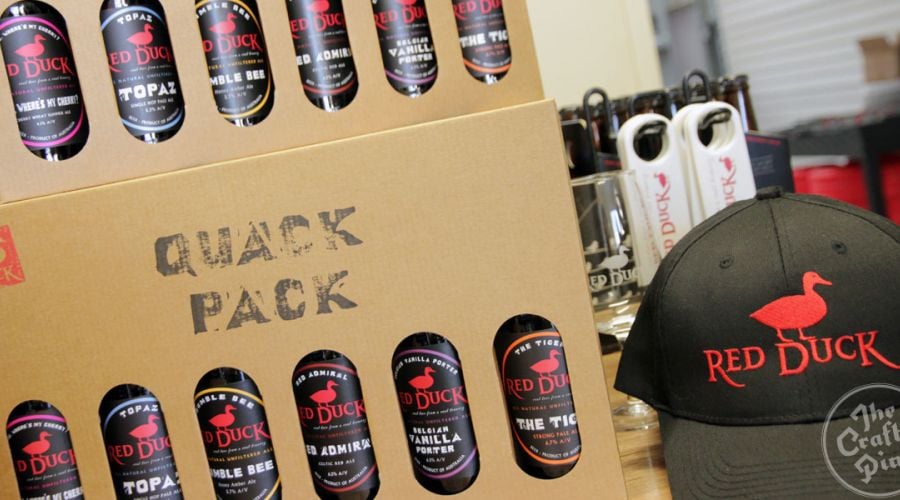